I was keen to get one last patch visit in before the end of the month, and I was fairly hopeful of a good visit based on the forecast. Unfortunately the weather had other plans, and it was very much a case of sunshine and heavy showers. However at this time of year it is good to be out whatever, with the prospect of migrants starting to arrive. 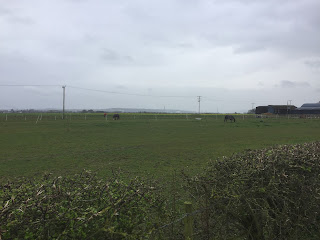 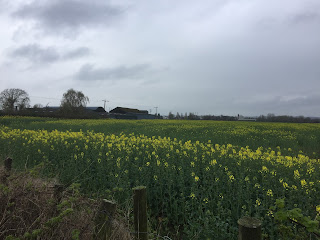 Arriving at Burnt Mill Farm the light drizzle had turned into slightly more persistent rain. The paddocks were pretty much devoid of life, not especially surprising given the conditions. A few Meadow Pipits, Reed Bunting and Linnet were still moving around. I had a very brief look for the Lapland Bunting, but with fairly poor conditions I didn't spend too long. 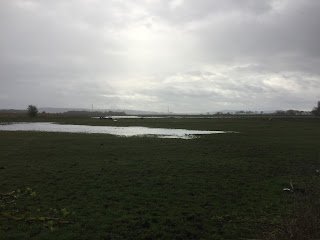 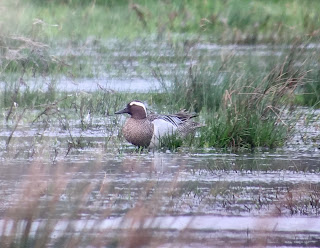 Luckily by the time I had driven down Carr Lane the rain had relented and some signs of brightness were slowly starting to come through. The male Garganey was again showing well on the flooded fields, with Little Grebes, Mallard, Shoveler, Gadwall and Lapwing as supporting cast. Moving across the road I picked up my first Little Ringed Plover of the year on the edge of the Pools. 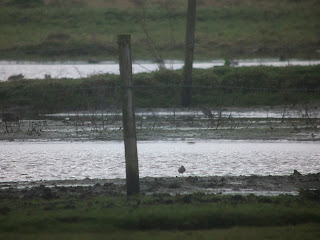 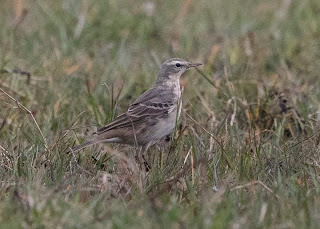 The summer plumaged Water Pipit was again showing fairly well (although my pics were awful - fortunately Mike Roberts got some good pics the day before). A few hirundines were moving through as well with a group of 12+ Sand Martin, House Martin and Swallow over the back of the Pools. The pools held the usual suspects, but Black-tailed Godwits numbered about 90, a slight increase on recent numbers. Just as I was about to leave another group of c.20 Sand Martin suddenly arrived and starting feeding over the flooded fields, real "active" migration - one of the reasons why I love Spring. 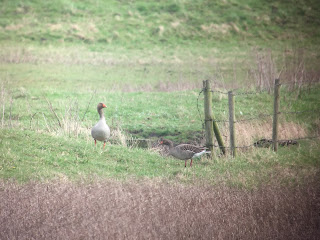 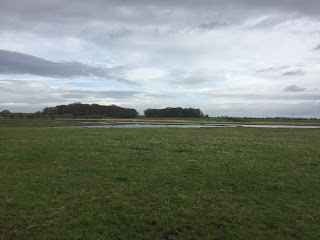 Moving around to Town Lane the Pools didn't reveal much else, but the Ruff was again feeding in the far corner of the pools. 3 Greylag Geese (an increasingly scarce patch bird) had joined the Canada Geese which were spread across the Pools and Town Lane floods. Duck numbers are pretty much the same at present with a single male Wigeon, 46 Eurasian Teal, 24 Shoveler and a handful of Mallard and Gadwall. 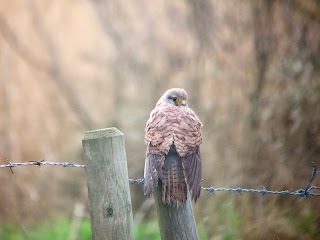 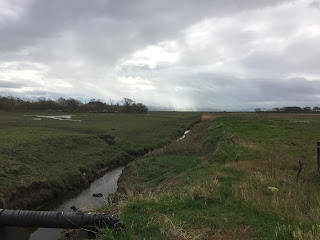 Town Lane was fairly dire with Hale Marsh exceedingly quiet. However a rather tatty looking Kestrel gave some nice views, and a few Little Egret were stalking the outer marsh. After the initial optimism from Carr Lane, there seemed to be a real lack of migrants, and even the Meadow Pipit and Skylark numbers seemed to be down. A quick look over the Pools on my return to the car revealed the male Garganey had relocated again. 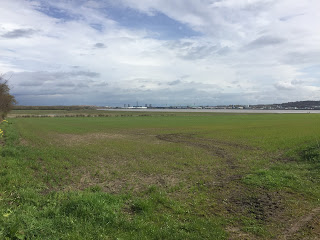 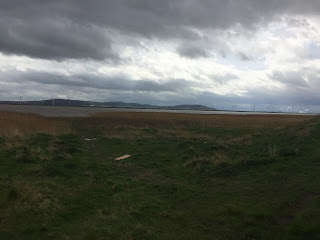 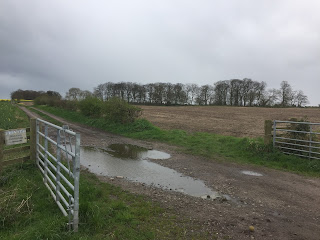 With the clouds finally starting to break I decided to walk Within Way, with the anticipation of doing the full Hale Head loop via the Lighthouse. However it was so appallingly slow that I rejected the idea, with the sum total of a good mooch around being 2 White Wagtail, 1 Wheatear, 5 Chiffchaff and 2 Sand Martin flying north. The return walk was enlivened slightly with a/the female Merlin dashing through. To make things worse the dark clouds then unleashed a massive downpour....thank god I had decided to leave my waterproofs on!! 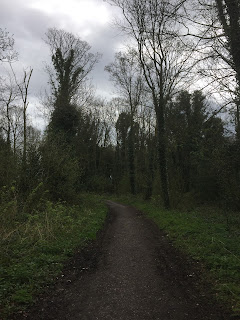 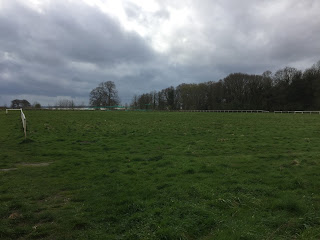 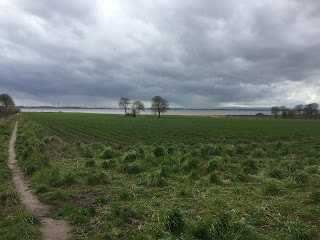 With the rain easing again I decided to head to Hale Park (probably the first of many Spring visits) to have a look for any grounded migrants, although given that it was only the end of March I was not too hopeful. Needless to say there were next to no migrants, but it was nice to catch up with plenty of Treecreeper, Nuthatch, Blackcap, Chiffchaff and Goldcrest. Scoping across to Frodsham Score and Ince Marshes I picked up a single Great White Egret, 2 Mute Swan and 9 Swan sp. (which through the haze looked likely to be Whooper). The dry weather didn't last long and with heavy rain starting again I decided to call it quits and head home.