As with most wildfowl (especially Nearctic species) there is always an element of suspicion surrounding their status; whether they are genuine transatlantic vagrants or just fence hoppers from a local collection. 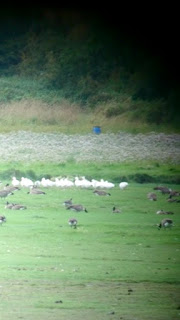 On Saturday afternoon Sean O'Hara found a group of 24 Snow Geese on Hale Marsh. With family commitments I wasn't able to catch up with them until Sunday evening. Indeed it appears that I was the last person to see them at Hale before they headed back North - well to Hightown and Marshside, via Lunt! 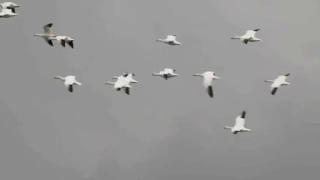 Ordinarily if I had seen a pager message coming up with a report of 24 Snow Geese in the middle of August I would probably be wondering what the hell someone was reporting them for. However there were a number of factors with this group that certainly made me sit up and take notice, certainly more than I would do normally:

In addition to the above points there is a very interesting article here. 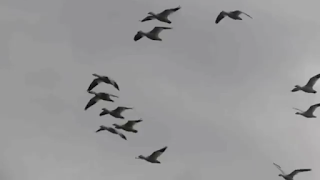 Fortunately Tony Broome did most of the legwork to try and provide some background to these birds. So for the prosecution, it was established that:
So what to make of these birds? Unless someone decides to pluck a feather from one of the geese, or maybe follow them around on Marshside with a poop-a-scoop and pay the £40 for a SIA then they will probably end up as Category E...... 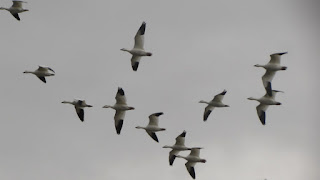 Whatever happens, they were great birds to see and at least got the grey matter thinking for a little longer than usual!