It's always nice to get a spot of midweek patch birding in, especially because the patch isn't overrun with walkers, dogs, runners and the like. There were heavy clouds for the majority of the visit, with a few brighter intervals. But the main feature today was the wind, a very strong Westerly, gusting at 35-40mph. The wind combined with a decent high tide (7.8m) and I was convinced something would turn up..... 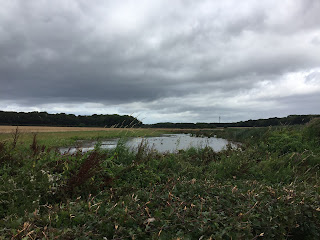 I again started at the flooded fields along Carr Lane. There was a good gathering of 36 Black Tailed Godwit feeding close to the road, and on closer inspection I found that two of the birds had rings. One had a single metal darvic on the right leg (sadly I couldn't make out any numbers/letters), but presumably not part of the normal colour ringing programme? The second bird was GN-WWW (which looks like it may be part of the Irish ringing programme). 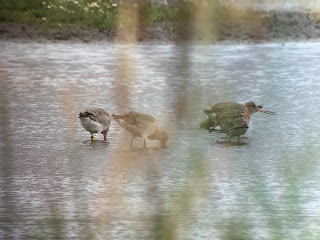 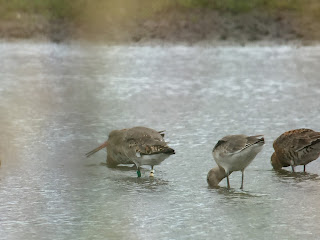 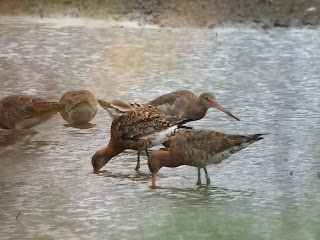 The rest of the flood was fairly quiet with only a single Snipe, and a couple of Coot and Moorhen. A Sparrowhawk shot across pushed along by the strong wind. Scanning across towards the main Pool the Egyptian Goose was mixing it up with 12 Eurasian Teal, 2 Gadwall and a single Shoveler. A Little Egret flew over from Hale Decoy, whilst I picked up a single Greylag Goose among the Canada Geese. 2 Snipe were feeding along the back edge, but there were very few other waders. 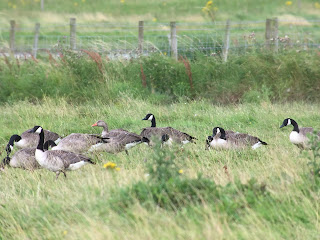 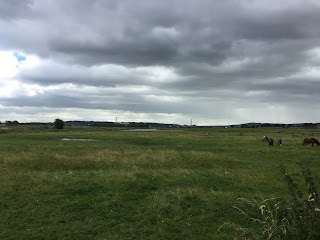 Moving round to the gate on Town Lane revealed just how quiet the main Pool was. A couple of Lapwing were mooching about, but otherwise there was nothing else visible from this angle. Fortunately the flooded fields along Town Lane looked a lot more promising with c.350 Black Tailed Godwits present. 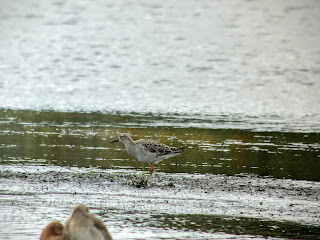 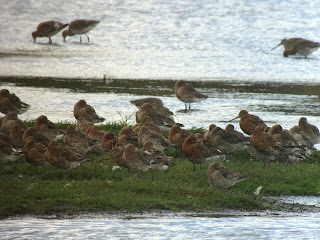 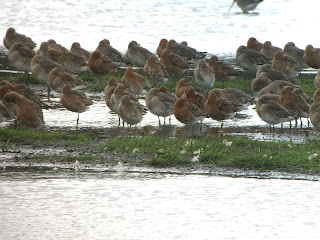 I spent quite some time looking for colour rings among the Godwit without success and it was amazing how well the group concealed other waders. I eventually picked up a single Common Sandpiper, 2 Dunlin and a Ruff. Three Little Ringed Plover were again showing well, whilst 2 Snipe were sneaking along the back edge. The best was a Wood Sandpiper that flew in from Hale Marsh and pitched down in the back corner of the main Pool (just out of sight from where I was stood). 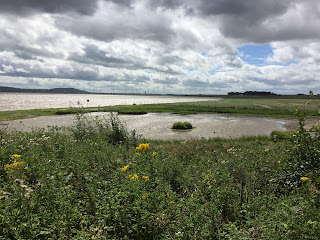 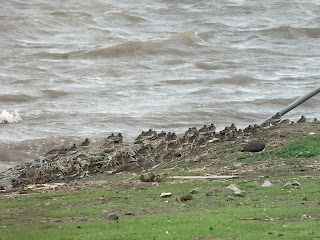 I was quite excited to get to the high tide roost at Pickerings, especially in light of the decent wader groups feeding on the Mersey recently pre/post high tide. The scrape held 2 Dunlin and 39 Redshank, whilst a Kingfisher whizzed by towards the Sewage Works. The high tide roost was disappointing in the end with c.200 Dunlin, 97 Lapwing, 25 Curlew, 17 Oystercatcher and 8 Ringed Plover.  The gull roost was also unproductive with the c.400 gulls being made up of mostly Black Headed, with a couple of Lesser Black Backed and Herring. 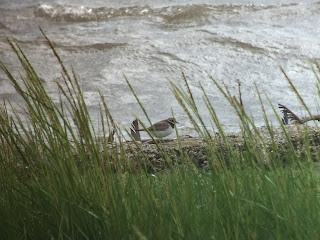 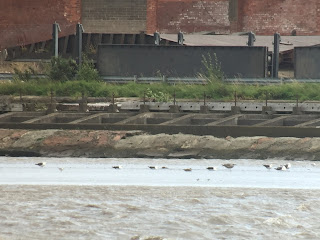 As the tide started to drop I had a quick scan of the Mersey towards Runcorn where I picked up two Sanderling (why couldn't they have come into the roost!?!). Other than good numbers of Redshank there were no other waders, so I'm not too sure where the recent gatherings have all gone to roost. The walk back to the car produced a decent sized tit flock, made up of mostly Long Tailed and Blue. Sadly despite a good search I couldn't find anything lurking within it. 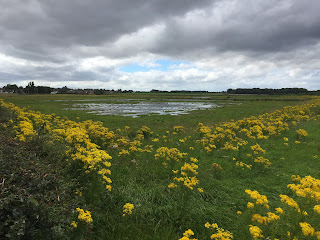 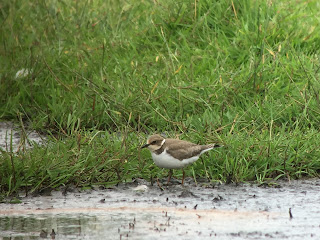 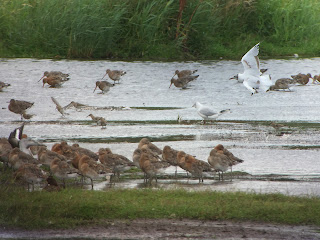 Returning to Town Lane I parked up on the bridge to scan the flooded fields. The Black Tailed Godwit numbers had swelled to c.700 birds, but again despite a decent look I couldn't find any colour ringed birds. However c.23 Dunlin had joined the Godwit, and there were now 5 Little Ringed Plover spread around. I had a thorough look through the Godwits but there was nothing else hiding amongst them, so I decided to head round to the Lighthouse. 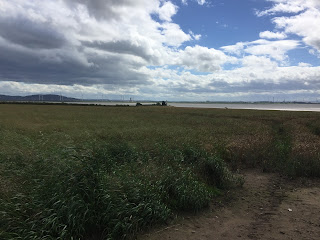 Arriving at the end garden along Lighthouse Lane I attempted to scan the Mersey and the Score. However the wind and heat haze had picked up and made viewing difficult. There were again good numbers of Yellow Wagtail moving around, whilst the end garden held a couple of Willow Warbler and Chiffchaff (is it Autumn already?!). Despite the conditions I picked up good numbers of Raven on the Score and a Peregrine bombing around at the back. With time running out and the prospects of finding anything remote I decided to head home.