Fifty Shades of Grey.....and a bit of Rufous, Brown and Yellow?!

A long week at work with not a sniff of any patch birding, so Friday night could not come quick enough. It was a relatively mild evening with variable amounts of cloud. The westerly wind was still quite strong, and as the evening went on made it feel a little cooler. With wader numbers starting to build on the Mersey I decided to head to the Lighthouse. 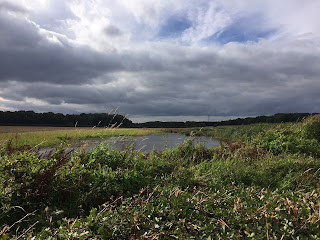 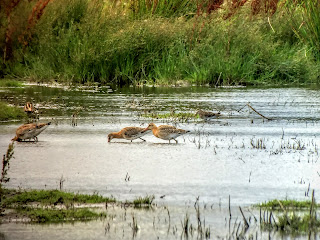 I had a brief stop at the flooded field along Carr Lane (just to be on the safe side) and immediately picked up a male Whinchat on the weedy section at the back of the pools. Sadly it didn't give me long enough to get my scope out! There were 5 Black Tailed Godwit and 3 Common Snipe feeding in the open, but there was little else about. 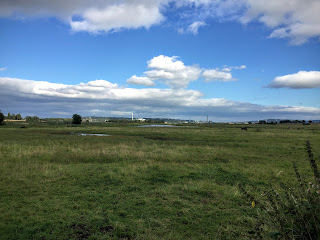 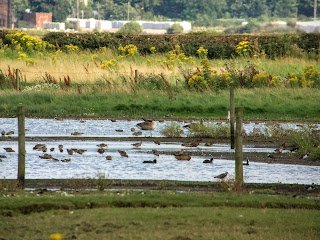 A scan across to Carr Lane Pools revealed better numbers of waders with c.350 Black Tailed Godwit, 7 Common Snipe and 2 Redshank. Duck numbers are also improving with 14 Eurasian Teal, 2 Shoveler and 5 Gadwall among the manky looking Mallards. I probably could have spent longer checking the Pools, but decided to head to the Lighthouse to meet up with Iggy. 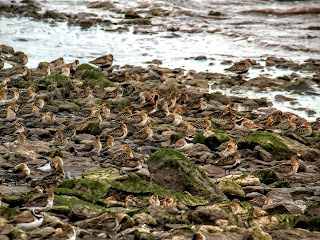 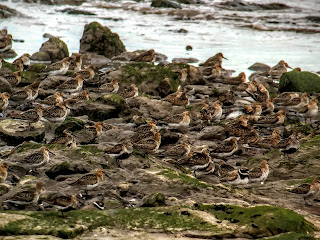 The walk down to the Lighthouse was quiet other than a few Linnet and Yellow Wagtail moving around. I joined Iggy just east of the Lighthouse and we watched as large groups of waders landed on the rocky outcrop in front of us. Groups of 1-200 mixed flocks of waders continued to join the gathering and initial counts estimated c.3000 Dunlin, 750 Ringed Plover and 14 Sanderling. Along with the waders there were small numbers of large gulls moving west, and we picked up a smart juvenile Yellow Legged Gull close in. 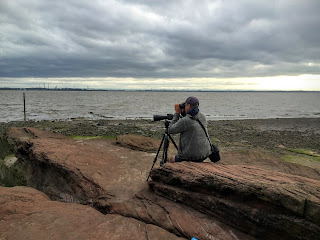 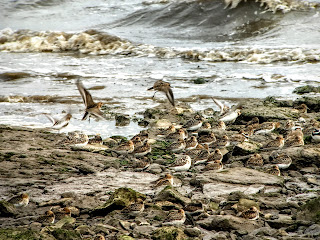 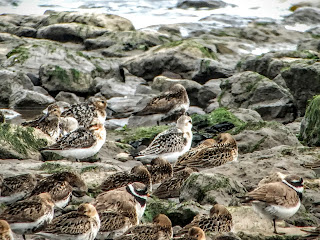 We decided to move round to the west side of the Lighthouse and sit on the sandstone rocks which would allow slightly closer scrutiny of the waders. We spent a good two hours grilling the waders, as more small groups dropped in to join the assembled mass. Other than the huge numbers of Dunlin and Ringed Plover we picked out c.16 Sanderling, 1 Knot, 1 Turnstone and a Stint sp. (possibly the Little Stint that Iggy had earlier in the week). 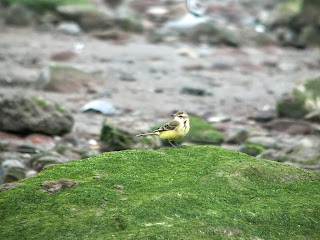 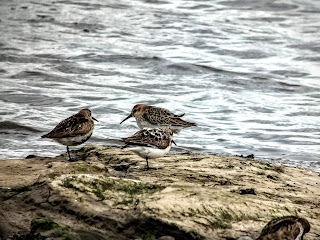 A couple of Yellow Wagtail also kept us company often feeding among the wader flock. Despite the number of waders nothing rarer sadly jumped out at us, but surely if numbers continue to build like this it will only be a matter of time......(or at least that's the theory!) With the light deteriorating we decided to head back and see whether anything dropped into the Decoy roost. As we walked back to the cars good numbers of Black Tailed Godwits (a couple of parties probably totalling c.300) were heading out from the village towards to Mersey. 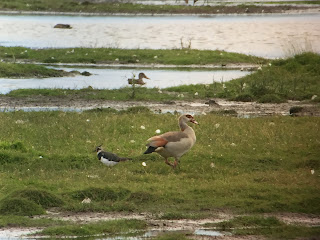 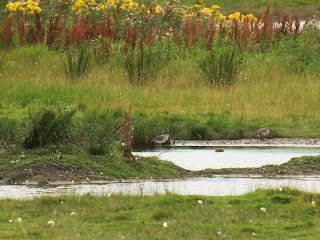 Parking up on the bridge on Town Lane I had a quick scan over the flooded fields. The Egyptian Goose was still present, whilst there were c.70 Black Tailed Godwit, 3 Ruff and 2 Snipe. Duck numbers were good with 24 Eurasian Teal, 7 Shoveler, 9 Gadwall and plenty of Mallard. Turning our attentions back to the Decoy we picked up a single Little Egret appearing to fly out of the decoy?! 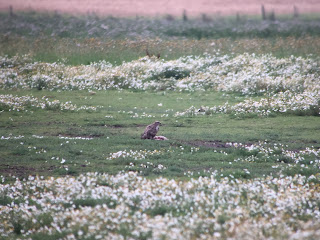 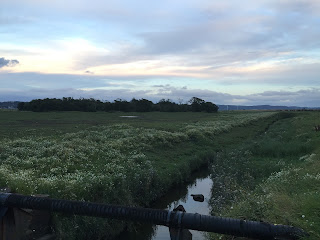 A couple of Common Buzzard were out on the marsh, whilst the Decoy trees were filling up with Cormorants, Stock Doves and the odd Woodpigeon and Collared Dove. A Common Sandpiper shot past under the bridge, but that was pretty much the only excitement. With most of the Egrets and the recent Spoonbill appearing to go into roost earlier (about 7.30pm) most nights, maybe it was unsurprising that we didn't see much heading into the Decoy. 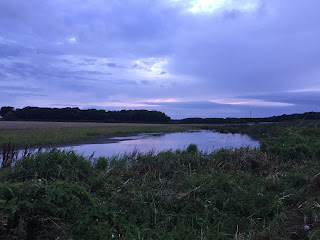 We spent the final bit of daylight checking the flooded field along Carr Lane for Crakes......without success. However there were 4 Black Tailed Godwit and 3 Common Snipe present, along with a few Coot and Moorhen. A couple of large Canada Goose flocks moved over our heads towards the Mersey, whilst the midges were erupting in force. Having given enough blood to the local midge and mossie population I decided to call it quits and head home.