I managed a quick evening visit to the patch to inspect the pruning of the vegetation in front of the flooded field along Carr Lane. It was a mild evening, with heavy cloud which often looked like it would threaten rain. Fortunately the rain held off, but the blustery NW wind made conditions a little more difficult. 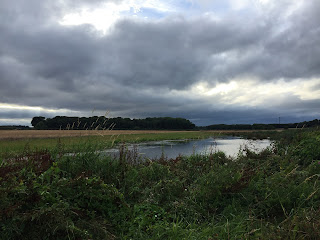 Arriving at the flooded field I met Sean and Bruce (two local birders) who had also come down to inspect the fine work by Iggy. Sadly there wasn't actually much to see tonight, a single Snipe and a few Moorhen, Coot and Mallard being the only bits. A Tree Sparrow flew south over the fields calling (only my 3rd of the year and probably the first of the autumn post-breeding dispersal). A quick look across to Carr Lane Pools revealed very little - a single Black Tailed Godwit, 3 Teal, Shoveler and Gadwall the only birds of note. 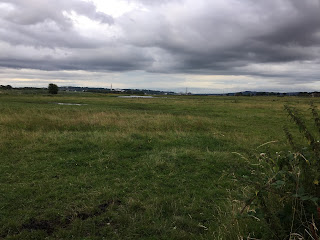 Moving round to the gate on Town Lane revealed just how quiet the main Pool was, with only a few Lapwing, 4 Eurasian Teal and a few eclipse Mallard and Shoveler. However I did pick up the Peregrine at a distance on top of the blue topped chimney (even from a distance it is easy to pick out!). The flooded fields along Town Lane looked very quiet but I thought I would check them out to be on the safe side. 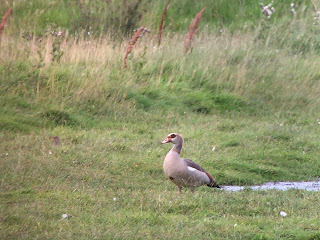 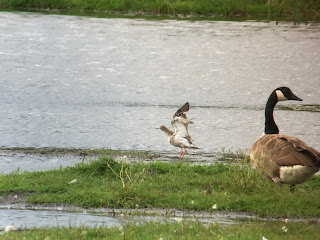 The Egyptian Goose was again showing well with the Canada Geese, whilst I managed to pick out a new Ruff. There was an increase in ducks with up to 9 Eurasian Teal, 4 Shoveler, 2 Gadwall and a female Tufted Duck. Wader numbers (and in particular Godwit numbers) were well down than of late with only 2 Black Tailed Godwit, 3 Little Ringed Plover and a further Snipe present. 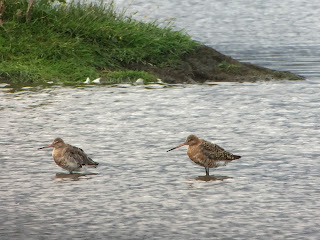 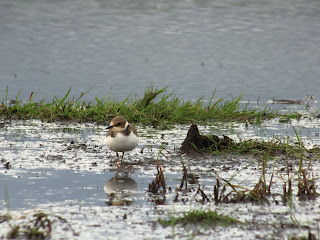 With little else showing I decided to move round to Hale Lighthouse. The tide was pretty much fully out, but the walk down to the Lighthouse with vast numbers of Yellow/Flava type Wagtails. At one point I counted a minimum of 15 birds sat on top of the Barley (the majority being juvenile birds). There were also good numbers of Reed Bunting, Linnet and Goldfinch up and down into the Barley. 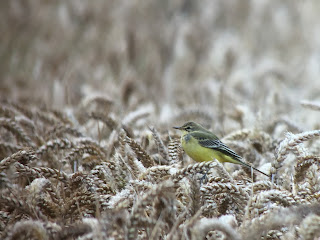 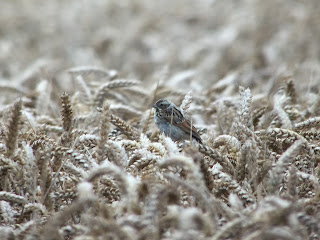 Reaching the Lighthouse I had a scan of the Mersey. Gull numbers are really starting to pick up with tonnes of Lesser Black Backed, Black Headed and smaller numbers of Herring, Common and Great Black Backed. There were good numbers of waders on the far shore (but again far too distant to positively ID), but it was marginally easier to pick out c.700 Black Tailed Godwit and c.100 Curlew. Walking round to the east side of the Lighthouse I flushed a VERY yellow (the photos don't do it justice) looking phyllosc. Fortunately it perched up on the fence along the track and allowed me to ID it as a Chiffchaff. However on first views it had my pulse racing. 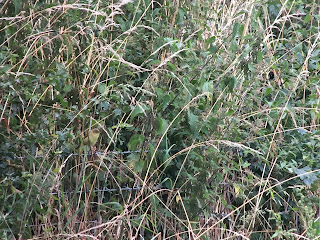 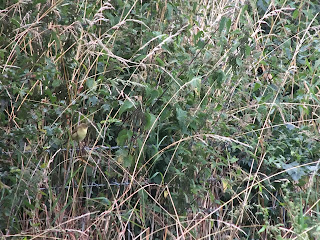 Scanning the Score and marshes towards Frodsham and Ince produced loads of Canada Geese, but also good numbers of Raven, a single Marsh Harrier and single Peregrine. Sean joined me again, and we had a nice flyby of 2 Little Egrets. Shortly after I picked up a Great White Egret, flying east over Frodsham. We watched it for a long time as it headed towards Hale Decoy presumably to roost. With the light failing I decided to have a quick look along Within Way to see what else might come to roost in the decoy. 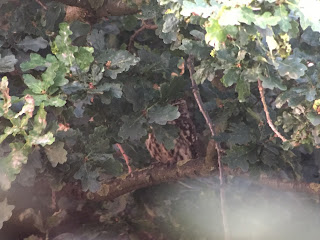 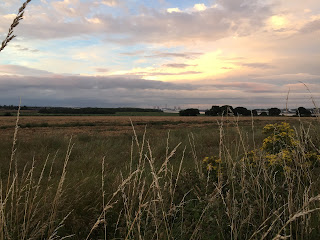 The Little Owl was in a very un-photogenic mood, and was happier to be bouncing around the tree than sticking around for a photo tonight. A Great Spotted Woodpecker was calling from the copse by the church, but the majority of passerines appeared to already have disappeared. The decoy roost failed to reveal much other than the Cormorants as usual. I'm not sure where the Egrets must roost (presumably on the decoy lake), as I never seem to have much success in seeing them roosting in the trees. 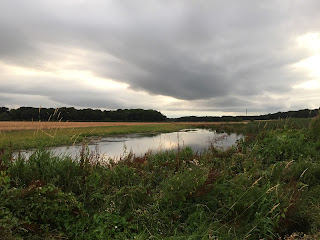 So it was back to the flooded field on Carr Lane for last light. I managed to flush 5 Snipe as soon as I got out of my car, and I was hopeful that there may be a few more waders. Sadly it wasn't to be. There were still good numbers of Coot, Moorhen and Mallard and 5 Eurasian Teal had joined them. As the last embers of light disappeared I heard a Water Rail squealing from somewhere in the reeds, but sadly there were no Crakes or big Purple Chickens! I am still positive that a Crake will turn up here, so it's just a case of putting in the hours.....fingers crossed!