A rather overcast day with thick cloud cover, however the sun did attempt to come out on a few occasions. Despite the blustery westerly wind it was relatively mild. The high tide (only a 5.8m) had been and gone, and I was hoping that the tide had dropped enough to expose the rocks below the Lighthouse for some serious wader grilling. 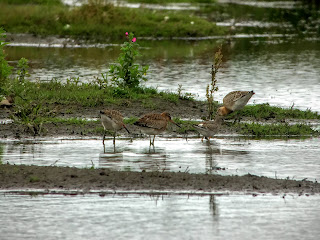 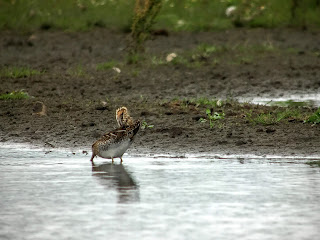 I briefly stopped at the flooded field along Carr Lane and found 4 Black Tailed Godwit, Redshank and 3 Common Snipe feeding in the open. A further 5 Common Snipe flew over and dropped into the back section of the flood (sadly not viewable at present - I wonder what else is lurking out there!). Otherwise there were just the usual Coot, Moorhen and Mallards, and still no sniff of any Crakes. 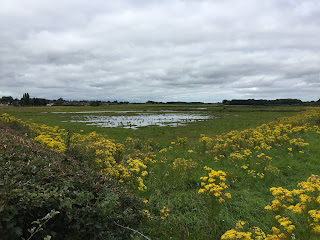 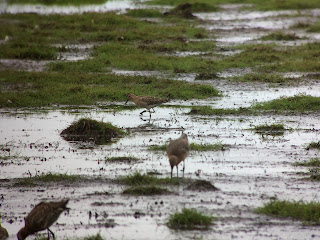 Before heading to the Lighthouse I decided to have a quick look over the floods on Town Lane. The whole area is looking absolutely awesome at the moment, and there were birds everywhere. The Egyptian Goose has continued its stay and was walking around among the Canada Geese. 2 Ruff were feeding among the Black Tailed Godwits, whilst there were c.17 Eurasian Teal feeding close to the road. 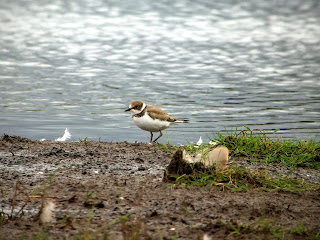 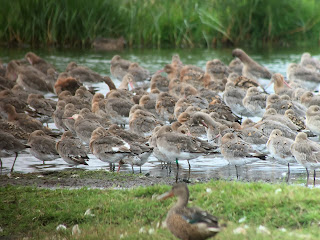 I moved down the road to get a better view of the flood. There were c.800 Black Tailed Godwit spread across the area, 15 Common Snipe, a further Ruff and 2 Little Ringed Plovers. Duck numbers were good with at least 9 Shoveler, 19 Eurasian Teal and finally the juvenile Garganey (which I have somehow missed over the last couple of visits); which subsequently disappeared straight into the thick vegetation at the back of the pool. I managed to pick out two colour ringed Black Tailed Godwit - one a partial read of GN-?? and GW-ON. 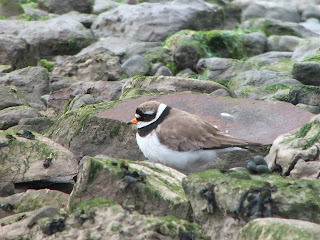 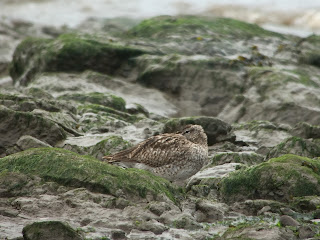 Moving round to the Lighthouse I parked up at the end of Church Lane, and was pleased to see that there were very few people about and the tide had dropped nicely. I was surprised to find a female Common Redstart in the copse. It was calling regularly but only showed on a couple of occasions. The rest of the walk down to the Lighthouse produced the regular Linnets, Skylark and Yellow Wagtails, but more surprising was the number of Meadow Pipit on the move. Reaching the shore I was pleased to find a very good spread of waders. 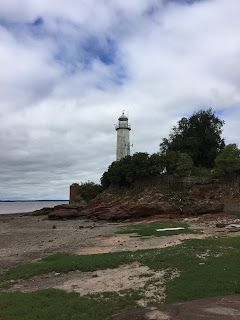 I started to scan the waders that were spread out across the rocks roosting and feeding along the shore. I quickly picked up 2 Little Stint, 5 Sanderling and a Knot among the estimated c.2500 Dunlin and c.1000 Ringed Plover. Sadly as I continued scanning a family decided to walk past me and out onto the rocks, flushing everything in sight (to say I was a little upset would be an understatement). 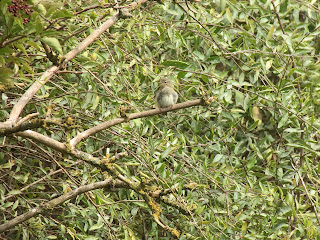 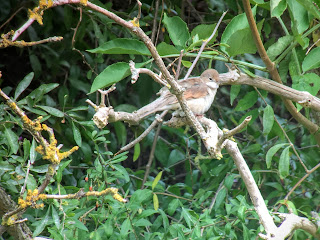 With next to no waders left I decided to have a wander along the shore instead. The Lighthouse gardens and the seawall were full of Willow Warbler, Chiffchaff, Common Whitethroat and Blackcap, with a couple of Reed Warblers also turning up. The Shore itself was full of finches, with c.200 Goldfinch and c.100 Linnet and c.90 Starling. 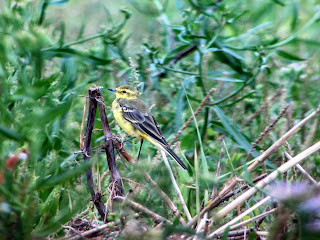 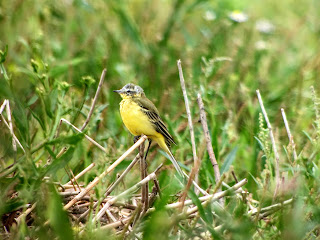 Best of all though were the number of Flava wagtails - with roughly 40 birds in the area. The majority were juvenile birds but there were at least 6 Channel-type Wagtails and 7 Flavissima Yellow Wagtails. They are really cracking birds, and are presumably a few family parties getting ready to move south? A few scans of Frodsham Score picked up a Marsh Harrier and some good numbers of  Raven, but little else to hold my attention. 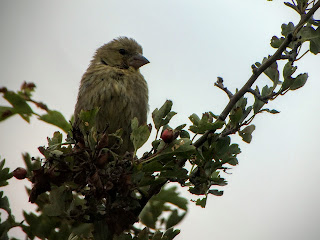 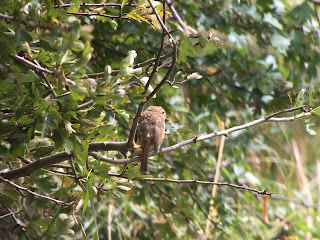 With a few migrants clearly on the move I decided to have a walk down Within Way. Clearly my expectations were much greater than reality, with the walk down only producing a few finch flocks (plenty of Linnets and Greenfinch) but very little else. A few Common Buzzard were on the wing, whilst a Peregrine was sat up on the blue-topped chimney, but passerines were in very short supply. 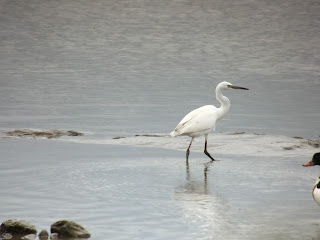 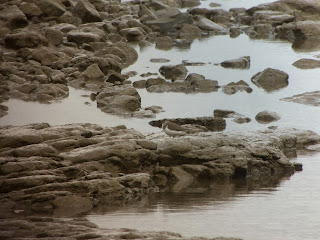 Reaching the end of Within Way a Little Egret was feeding on the rocks among the assembled Canada Geese. A single Common Sandpiper was also hunkered down among the rocks, and only gave itself away with a few calls. With very little else showing and my time running out I decided to head back to the car. 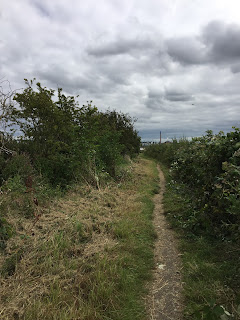 No sooner had a started to walk back than I caught a glimpse of a red tail....yet another Common Redstart. On further examination it revealed two Common Redstart (a female and a male in heavy moult). They were both very skittish and were not co-operating with photos, but whilst I waited for them to show I dug out a Lesser Whitethroat. It has been a particularly good year for both species, which are normally difficult to pick up on patch.

Having spent longer than anticipated with the Redstarts I had to root march back up Within Way to the car, stopping quickly to catch up with Iggy before heading back home for family duties. Not a bad day on patch, although I was still fuming about the flushed waders, but tomorrow is another day.........and breathe!!