Walking in a Wader Wonderland

An opportunity to get out after work on Friday was not one I was going to miss. The weather was bright and sunny with variable amounts of cloud to start, but got better as the evening wore on. The westerly wind was moderate and had a slight edge to it, but it still felt mild. The tide height (although not massive) and time looked like it could be productive for a trip to Hale Lighthouse. 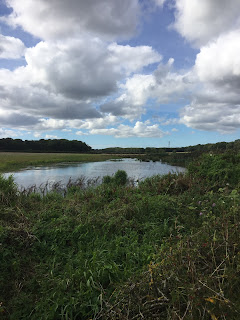 A quick stop at the flooded pool along Carr Lane was fairly unspectacular, with only a handful of Common Snipe on show, but there were 18 Eurasian Teal and plenty of Coot and Moorhen mooching around. A male Sparrowhawk was circling over Great Boar Wood, whilst a few Kestrel and Common Buzzard were also on the wing. 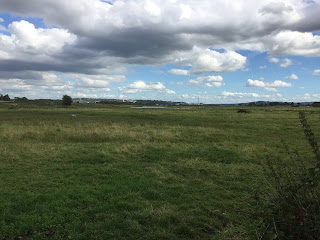 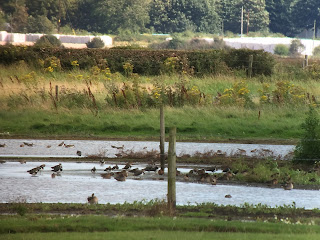 I had a quick look over towards Carr Lane Pools which looked quite busy for once. There were c.200 Black Tailed Godwit, 19 Common Snipe, 5 Ruff, 2 Little Ringed Plover and a Common Sandpiper; whilst duck numbers were continuing to increase with c.120 Eurasian Teal, 5 Shoveler and the usual Mallards. But with the main purpose of my patch visit being wader watching at Hale Lighthouse I didn't investigate the area any further. 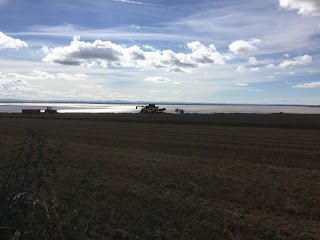 Parking up at the end of Lighthouse Lane I was slightly concerned that the harvesting of the Barley fields may disturb the waders. Walking down the track to the Lighthouse produced a few Yellow Wagtail, Linnet and Greenfinch on the move, whilst there were also 2 Whitethroat feeding along the hedges. The Lighthouse garden held a Blackcap and a few Phylloscs, but passerines appeared to be a little light on the ground. 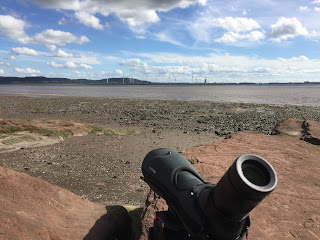 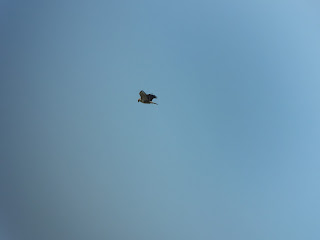 So onto the waders it was; my fears that there may be a little too much disturbance were to be unfounded and it turned out to be a one of my best wader experiences on patch. Despite a few interruptions from a Common Buzzard, Peregrine and Sparrowhawk the waders gave some great views, especially as the tide rose and pushed them closer and closer. 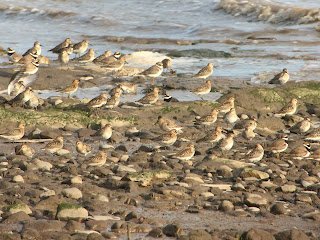 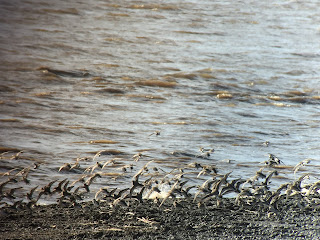 Over the course of the next two and a half hours I scanned over wave after wave of wader that dropped in, many also coming from the Frodsham side of the Mersey. Among the c.3500 Dunlin and c.1700 Ringed Plover I eventually picked out 39 Curlew Sandpiper, 9 Little Stint, 8 Sanderling, 2 Knot, 3 Turnstone, Common Sandpiper, Grey Plover, along with the expected Redshank, Curlew and Oystercatchers. Below are a selection of some of the better pics I got of the highlights:

Curlew Sandpiper - 39 is by far my highest count on patch, and reflects the national invasion of this species this autumn. 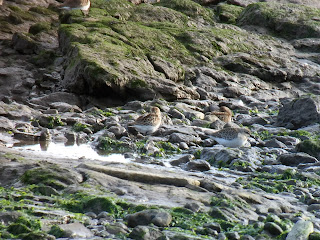 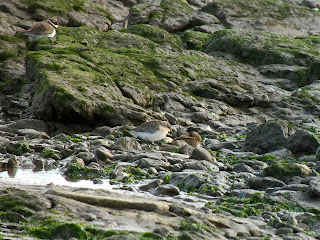 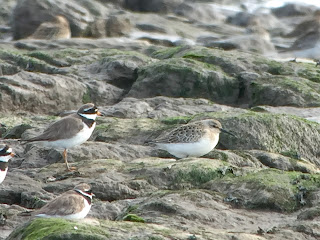 Little Stint - 9 showing remarkably well as the tide came in, again one of the highest counts that I have had on patch. 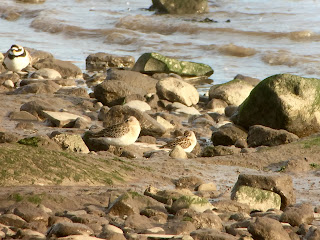 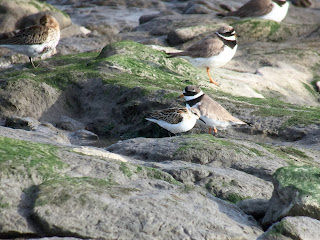 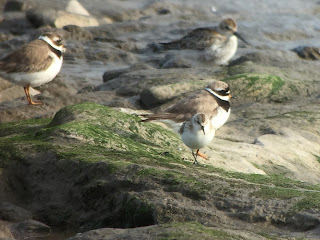 Sanderling - 8 were present and starting to look exceedingly smart as they moult into winter plumage. I never get bored of watching them, even if they aren't as active or fun as they are by the sea. 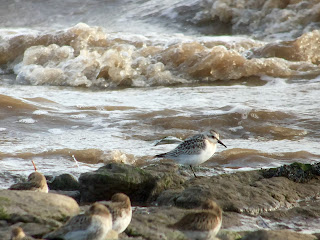 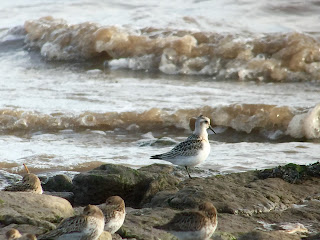 In addition to the above I had all too brief views of a wader which looked very interesting at the time. Having been scanning through thousands of Dunlin I came across a bird with (what appeared in the field) to have a marginally longer primary projection than the surrounding Dunlin. It had a prominent supercilium extending well beyond the eye. The base of the lower mandible also appeared pale. Unfortunately after firing off a few shots it promptly disappeared behind the rock and never reappeared!! Grrrrrr. On reflection it probably doesn't look as good in the pictures as it did in the field, but just goes to show the variability of Dunlin!! 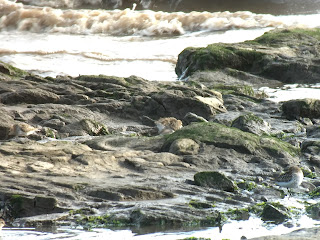 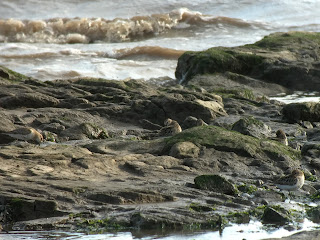 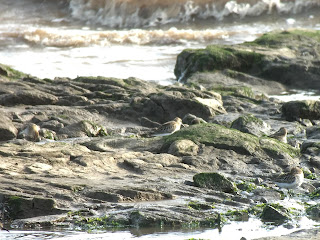 The tide eventually covered most of the exposed mud and rocks and the waders were all pushed into areas out of view. A quick scan of Frodsham Score picked up a Marsh Harrier and a few Raven tumbling about, but with my time running out and with the temperature quickly dropping I headed back home via Carr Lane. The Pools were a little more productive with 5 Black Tailed Godwit, 17 Common Snipe and a single Green Sandpiper.

With the tides looking promising over the next few days for Hale Lighthouse hopefully the waderfest will continue, and maybe produce a few more surprises.