A rather late start to proceedings on patch today. Having missed the morning high tide, and not able to get out for the evening high tide I wasn't too hopeful, but at this time of year you never know. The clouds were heavy, and although the air temperature wasn't that warm it felt rather sticky and humid. There was a moderate westerly breeze which at least cooled things down a little, especially once the sun started to break through by mid afternoon. 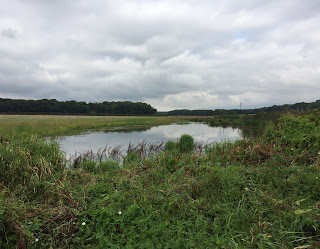 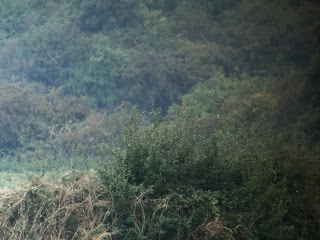 As usual I started at the flooded pools on Carr Lane. There was a good selection of ducks including 25 Eurasian Teal, 2 Shoveler and 15 Mallard, whilst the Moorhen numbers seem to keep increasing exponentially. There were only 4 Common Snipe on view today, and sadly no other waders. Scanning around the fields at the back I picked up a juvenile Stonechat on the hedgerow, the first returning bird of the winter (presumably part of the post breeding dispersal from Garston/Speke). There were surprisingly good numbers of raptors on the wing with a 2cy Hobby, Peregrine, 3 Sparrowhawk, Kestrel and 9 Common Buzzards. 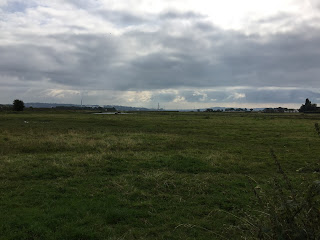 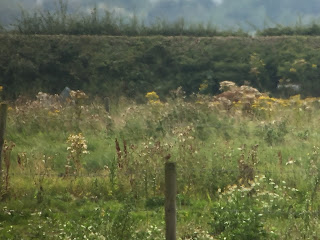 Turning my attentions to Carr Lane Pools I was surprised to find a female Redstart along the hedgerow (which supported at least 3 birds this Spring), whilst a female Wheatear was sat on the fenceline by the Pools. A scan of the Pools revealed 3 Ruff, 12 Black Tailed Godwit, 2 Little Ringed Plover and loads of ducks; 130+ Eurasian Teal, 7 Shoveler, 4 Gadwall and loads of Mallard. 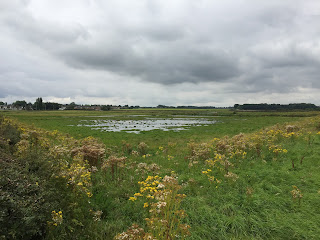 I moved round to the bridge on Town Lane, where the flooded area is really starting to look good again. It's strange how this area has really come into it's own this year, although it is likely to be down to the lower salt water content on this section compared to the main Pool which was flooded by the tide last year. The Egyptian Goose was again present, whilst there has been a big influx of Ruff with at least 9 present. 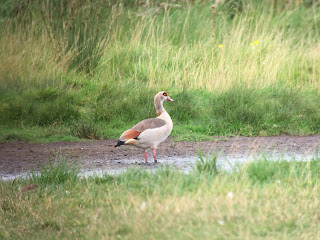 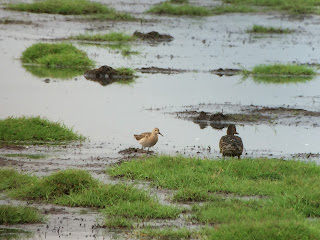 The pools also held at least 6 Little Ringed Plover, 3 Common Snipe and 2 Redshank, but best of all were the two Wood Sandpiper which were feeding at the back of the Pools. There were also plenty of Eurasian Teal and Mallard spread across the flood, but sadly nothing of greater interest. The Kingfisher bombed past me as it headed down Ramsbrook towards Carr Lane. 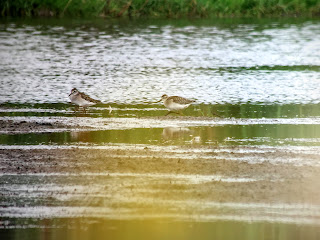 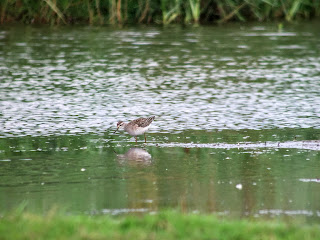 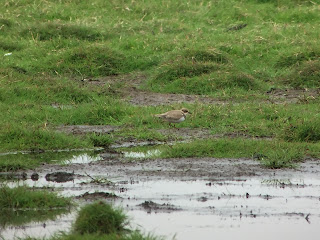 With a few migrants already along Carr Lane I decided to park at Within Way and do a full loop of Hale Head. The walk down to the Mersey was very quiet migrant wise with only a handful of Whitethroat and Chiffchaff. However there were substantial numbers of hirundines (including 2 late Swift) building, appearing to be waiting to cross the Mersey. The finch numbers in the end field were impressive with c.300 b, c.100 Goldfinch and c.80 Greenfinch, and it was not a surprise to see a Sparrowhawk trying it's luck on a couple of occasions. 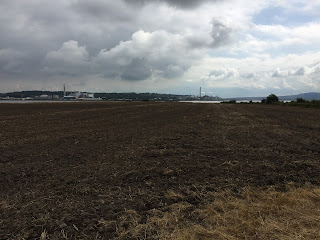 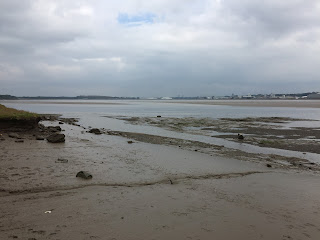 The Mersey was dead to say the least with only a handful of Curlew, Redshank and Oystercatcher providing any wader relief from the slightly more numerous Gulls. The overhead migration was at least picking up though with a couple of Yellow Wagtail, Meadow Pipit and Skylark on the move. More surprising, and what would have been a mega on the Frodsham (only one previous record) side of the Mersey, was a Nuthatch that flew out over the Mersey towards the Weaver sluice. Sadly Tony Broome wasn't able to intercept on the Frodsham side. But with two further Nuthatch bubbling away in the copse (unusual in itself away from Hale Park) there may be a further opportunity if there is any further dispersal..... 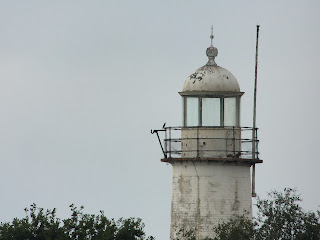 The walk round to the Lighthouse was unproductive with only a few Blackcap, Whitethroat and Chiffchaff in the bushes. As I neared the Lighthouse I noticed a Sparrowhawk clattering into the top section trying to catch a couple of Swallows that were trapped inside the light section. Nearing the rocks at the bottom of the Lighthouse I was overjoyed to find loads of people walking about....not much hope of any waders being present!! 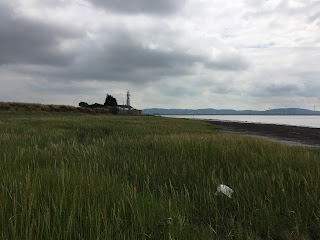 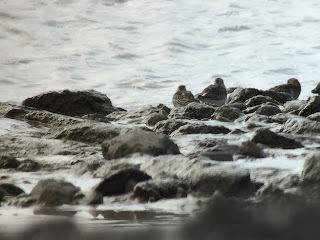 Fortunately I saw a small group of c.150 waders fly on to the receding tide line c.300 meters west of the Lighthouse. A wander through the thick vegetation and tidal channels and I managed to get a bit closer to the group. Although many were hidden out of sight I managed to pick out 3 juvenile Curlew Sandpiper among the Dunlin and Ringed Plover. There were plenty of waders on the far side of the Mersey, but by now the sun had emerged and made viewing near impossible. 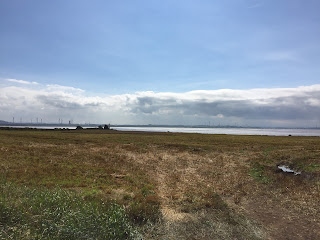 The walk back along Lighthouse Lane and Church Lane was a bit of a schorcher, and not surprisingly very quiet other than a few Chiffchaff and Willow Warbler in the end gardens along Church Lane. Another week or two and hopefully with some decent weather systems it will have improved!! A pair of Bullfinch flew over the car by Within Way, but despite a long trudge round the patch it was a rather disappointing return. 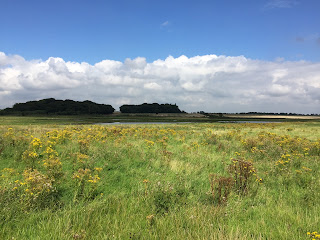 A quick stop at Carr Lane Pools from the gate on Town Lane produced pretty much the same species, with the Wood Sandpipers still present and correct. The main Pools held 23 Black Tailed Godwit and even more Eurasian Teal, but otherwise it was the same as earlier. A quick stop at the flood on Carr Lane produced a further 5 Black Tailed Godwit and 9 Common Snipe but the sun seemed to have put paid to any migrants.