No Pain, No Gain

A mishap on the stairs at home last week left me battered and bruised, and the prospect of any patching had to be put on hold for a while. I was feeling marginally better by tonight, so I thought I would try and get out for a little scoot (hobble) round patch. The broken cloud that greeted me quickly broke away revealing a lovely clear evening, although the blustery NW'ly made it feel a little on the chilly side. 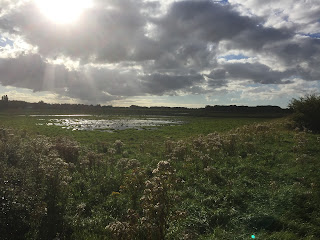 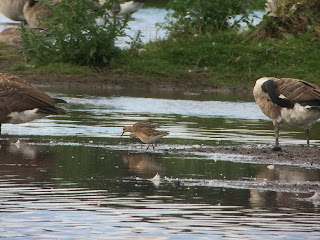 Parking up on the bridge on Town Lane I had a quick scan from the corner. There appears to have been a bit of a clear out of waders with only 3 Ruff, 2 Black Tailed Godwit and a single Snipe still present. The Egyptian Goose was keeping the Canada's company, whilst there were c.70 Eurasian Teal, 4 Shoveler, 2 Gadwall and a few Mallard spread about the area. 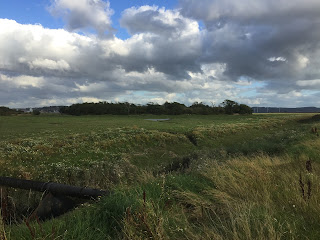 A couple of Little Egret were feeding out on the marsh in front of the decoy, and a Kingfisher whizzed along Ramsbrook. c.300 Black Headed Gull were flying out from the fields along Carr Lane towards the Mersey, when I picked up a large Egret flying over my head. Unfortunately the cracked rib I had sustained meant that I couldn't raise my bins high enough to look at it until it had nearly reached the decoy. However it was still close enough to reveal it was a Great White Egret. A scan of the marsh edges failed to reveal any chats, but there was a single Sparrowhawk and a few Common Buzzard lurking in the bushes. 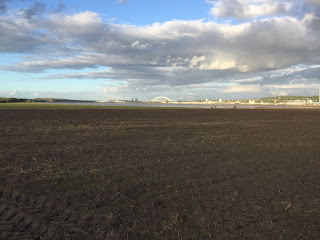 I headed round to Within Way to meet up with Iggy, so that we could have a look for the Barred Warbler that had been reported a few days earlier. The fields and hedges were remarkably quiet with next to no activity. A single Whitethroat and a calling Willow Warbler was the best of a very quiet walk. Scanning over to Hale Marsh revealed a single Wheatear feeding on the shorter grassy area, but very little else. A Sparrowhawk was picked up distantly, whilst a few Kestrel were still on the wing and Common Buzzard were mewing from their hidden roosts. 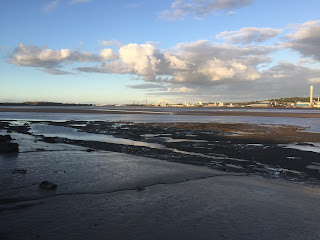 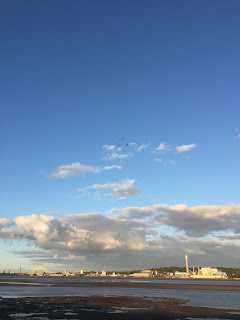 The end of Within Way was quiet other than a few hundred mixed gulls, but scanning towards Pickerings and Runcorn revealed good numbers of waders. Sadly they were all too distant to even start sifting through. A couple of Little Egret headed towards the Decoy roost, whilst Cormorant numbers were impressive. The Peregrine was sat on top of the blue topped tower, but by now I was starting to ache from every scratch, bump and bruise.....hmmm maybe I had overdone it a little. 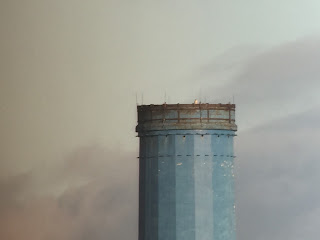 I left Iggy to have a scan of the Mersey whilst I headed back up Within Way to the car. A Green Sandpiper was flying around the marsh, seemingly not bothered about landing and having a feed. A quick scan over the decoy revealed some good hirundines numbers (c.400 Swallow, House Martin and a few Sand Martin), presumably heading off to roost. I picked up a pair of Hobby dashing about, which had clearly been enticed in by the hirundines. 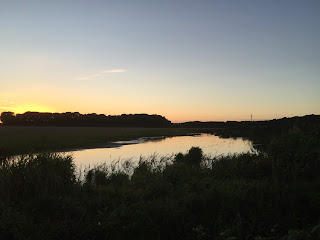 I had a quick stop at the flooded field along Carr Lane on the way home. It was fairly quiet compared to recent times, with only a handful of Eurasian Teal, 4 Common Snipe and a gathering of Moorhen. By now I was in agony, my rib clearly not quite ready for too much birding. I headed home, pleased that I had at least got some birding done, but frustrated that I'm clearly not 100% fit yet....I'll have to pray to the birding gods that nothing too rare turns up that requires any running or sprinting!!