Despite not being up to full speed, I didn't want to pass up the chance to get out birding. The weather was generally bright and sunny, but the blustery Westerly took the edge of the warmth of the sun. The high tide was not set to be particularly high (only a 7.6m) but coincided quite nicely with my visit, and I was hopeful that I would have a chance to grill some of the wader flocks. 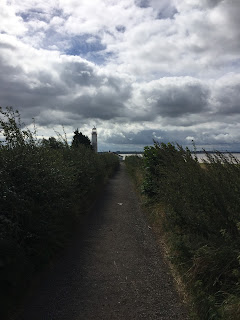 Iggy and Sean were already out on patch, and after a fairly quiet time on patch had headed to the Lighthouse. I decided to join them in the hope that the waders would be pushed onto the rocks below the Lighthouse. The walk down was quiet, not helped by the number of Sunday walkers, but a Sparrowhawk, 2 Kestrel and 5 Common Buzzard were on the wing. Very few passerines were moving about, with only a few Linnet, Goldfinch and a single Whitethroat. 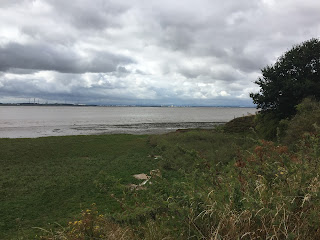 Joining Iggy and Sean, we watched the mass of waders on the far side of the Mersey slowly leave in small groups and head up the Mersey towards Pickerings. We picked up a pair of Marsh Harrier over Frodsham Score, along with a single Peregrine, a number of Raven and 3 Little Egret roosting on the front edge of the Score. More surprising was a winter plumaged Great Crested Grebe that flew east up the Mersey....winter already?! As the waders continued to leave the area ahead of the tide, I decided to hobble round to Pickerings Pasture to see whether the waders were any better. 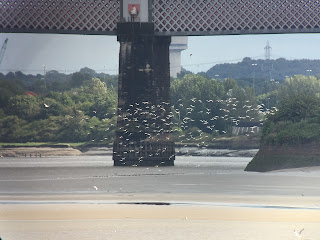 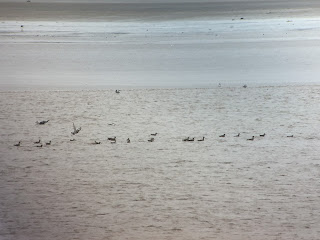 Arriving at Pickerings I picked up a group of c.800 Black Tailed Godwit that were slowly getting flooded out by the incoming tide. Sadly I had arrived too late though as the exposed mud was quickly being swamped by the incoming tide. A scan of No Man's Land on the far side revealed c.4000 small waders (mostly Dunlin and Ringed Plover), but a little too far to do anything with. A Rock Pipit (my first of the "winter") flew past and landed out of sight on the rocky edge of the Mersey, but other than that it was quiet. I walked back to the car park to meet my Dad, who had finally dusted off his bins to do some birding again. 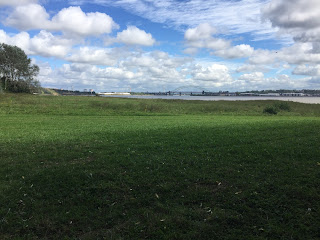 We walked over to the scrape from the car park, which has some good migrant habitat. Sadly it was fairly quiet other than c.200 Goldfinch, with lesser numbers of Greenfinch. A Sparrowhawk was keeping a close eye on the group and made a few failed attempts to grab some lunch. The whole area looks good for migrants, and I will have to make a concerted effort this autumn to check the area. A Grey Wagtail flying over, was the only real bird of mention before we reached the Scrape. 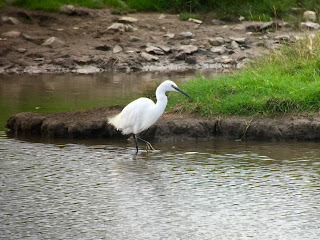 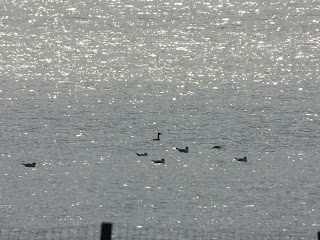 There was a distinct lack of waders roosting on the marsh, in fact other than a few Curlew there were no other waders! The Scrape held 3 Little Egret (2 adults and a juvenile), whilst 3 Common Sandpiper came in to join the 2 Redshank that were sneaking about on the near edge. Presumably the same Great Crested Grebe was feeding out on the Mersey. There was a half decent Gull roost, but despite a good look there was nothing more spectacular than a few Common Gull that had joined the Black Headed Gulls. 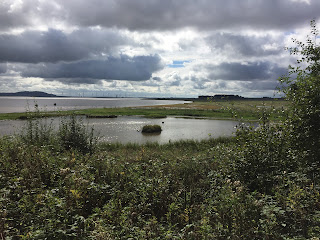 The bushes around the Scrape were marginally more productive, with a Garden Warbler feeding among 3 Blackcap, 4+ Chiffchaff and a few Chaffinch. The roving Tit flock moved through adding a few Long Tailed, Great and Blue Tit. With little moving about, we decided to head back to the cars and move round to Carr Lane Pools hopeful that the high tide may have pushed a few bits in. 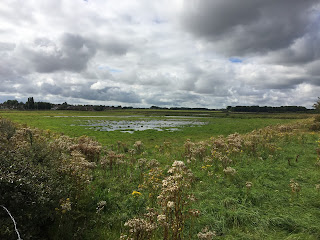 Parking up on the bridge we scanned the flooded fields along Town Lane. A single Dunlin was sat in the far corner, but other than a few Eurasian Teal it was by far the quietest I have seen the area in a long time (presumably something had flushed everything before our arrival). Hale Marsh was just as quiet, with little of note. 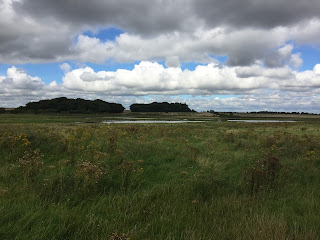 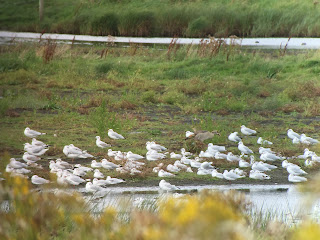 Fortunately the main Pool from the gate was a little more productive. We bumped into Rob and Carol, with Iggy joining us shortly afterwards. There was a large Black Headed Gull roost (containing a single Common Gull), which hid up to 4 Ruff, 18 Black Tailed Godwit, the Egyptian Goose and a number of Eurasian Teal, Shoveler and a couple of Gadwall. I picked up a Hobby which was zooming about, whilst a single Sparrowhawk, 2 Kestrel and 4 Common Buzzard were all feeding around Great Boar Wood. 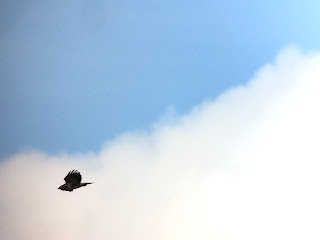 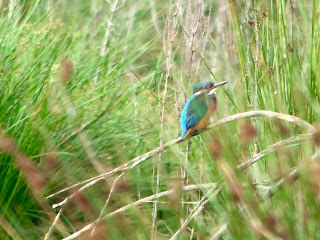 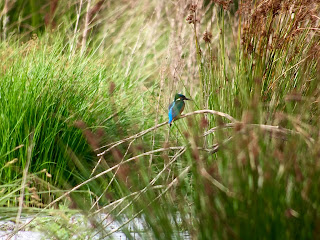 Moving round to the flooded field we were treated to some good views of a Kingfisher, with a second bird calling from somewhere. The flood was otherwise deserted with nothing at all present (not even any of the Moorhen posse). Scanning around we picked up a minimum if 7 Common Buzzard, 3 Sparrowhawk and a single Kestrel. With little else showing and my various bumps and scrapes starting to hurt again we headed home. I really can't wait for some proper migration to kick in, it's slow going at the moment!