Phew! I thankfully managed to avoid missing anything whilst I was away, but I was suffering from a bit of patch withdrawal so it was nice to get back out. The weather was gorgeous with warm sunshine and generally clear skies. In fact the weather was not much different to Mallorca, so I was hoping that I might have brought some Balearic magic back with me...... 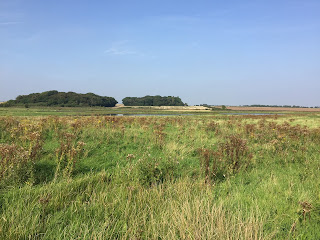 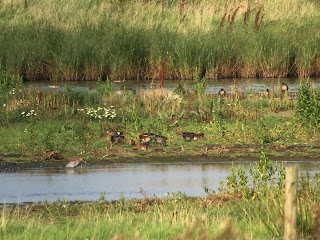 I decided to head to the gate along Town Lane (clearly the holiday away has cleared my OCD of starting at Carr Lane). The first 8 Wigeon of the winter had arrived during my absence, whilst Eurasian Teal number continue to build (although the majority are still in some manky eclipse). Waders were in short supply with only 3 Ruff and a handful of Black Tailed Godwit. Hirundines and pipits were on the move, with plenty heading over towards Hale Marsh. 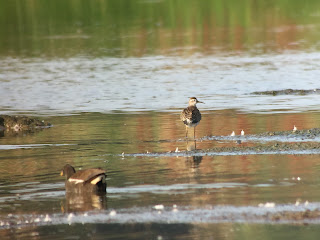 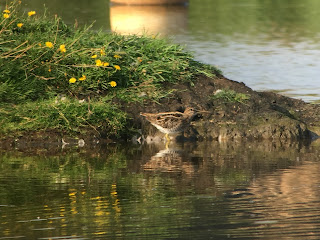 Walking along the road to Town Lane, there were good numbers of finches and pipits moving, clearly autumn is starting to kick in. The flooded field looked really good, and I spent quite a while checking through all of the waders including the Wood Sandpiper, 19 Ruff, 36 Black Tailed Godwit and 26 Snipe. With the number of Pectoral Sandpiper around in the North West at the moment, it is surely only a matter of time before one pops in.....I hope! 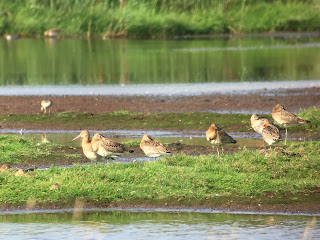 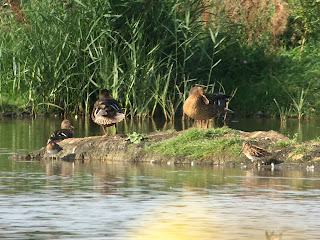 There were more ducks spread across the area, but strangely the Egyptian Goose was nowhere to be seen. Looking across Hale Marsh I picked up a few Kestrel and a Sparrowhawk, whilst hirundines were streaming through and heading out across the Mersey. A Great Spotted Woodpecker flew over Hale village, whilst there were a few Chiffchaff, Blackcap and Whitethroat along the hedges, hopefully the start of things to come. 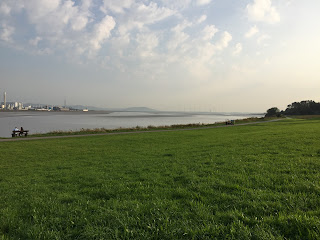 I moved round to Pickerings Pasture having had a heads up from Iggy that there was a decent number of waders. c.400 Black Tailed Godwit were gathered just in front of my position, and a quick scan through them revealed 5 Knot and a single Ruff hiding amongst them. It was nice to find 23 returning Golden Plover among the masses of Lapwing, a couple still in summer plumage. There were good numbers of smaller waders, but they were very mobile and it was difficult to go through them properly. 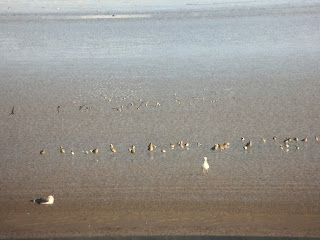 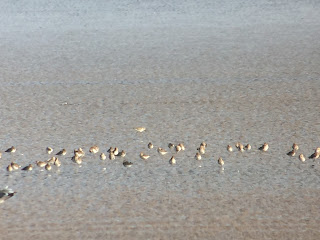 However after some decent grilling of some of the "closer" groups I managed to pick out at least 4 Curlew Sandpiper and a Little Stint. A Turnstone was easier to pick out among the more distant waders, but other than numerous Redshank and Curlew the majority were too far out to positively ID. Iggy had just returned so I left my viewing position to have a catch up. 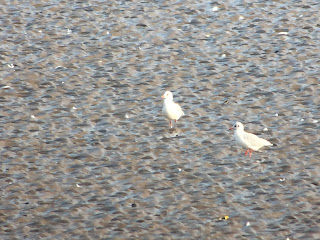 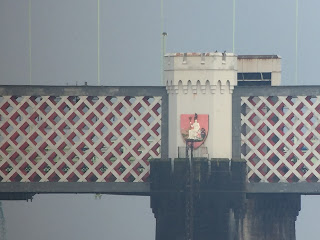 We had a bit of a catch up whilst scouring the waders, which didn't produce anything further of note beyond what I had already picked out. A darvic ringed Black Headed Gull was just a little too far away to get any read on the ring (why don't they just colour ring Gulls as well?). A Peregrine was roosting on the Runcorn bridge, whilst a second bird was roosting on the electricity pylons on Weston Point. 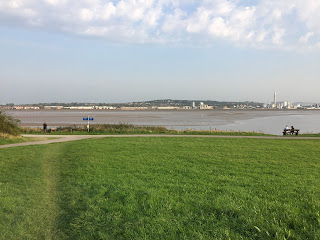 The turnover of waders was starting to slow, with many heading downriver towards Frodsham. I clearly hadn't brought any holiday magic back with me, but it was good to get back out on patch again. With my available time running out I headed home.