What's that coming over the hill, is it a monster (high tide)?

I managed to get out for a few hours over the big high tide (8.58m) today. It was relatively cool and overcast, but the clouds broke towards the peak of the high tide and brought with it a heat haze which made viewing problematic. Having missed the high tides over the weekend, I was hoping that it may at least produce a nice wader spectacle. 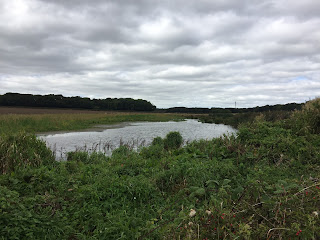 I had a brief stop along Carr Lane at the flooded field; but it was quiet with only 5 Eurasian Teal, a single Common Snipe and 2 Moorhen. There was a distinct lack of passerines around the hedges, but 5 Grey Partridge were very vocal among the Pheasants. 2 Common Buzzard were loafing around on the ploughed field, making the occasional stab for earthworms (possibly the reason for a lack of passerines). 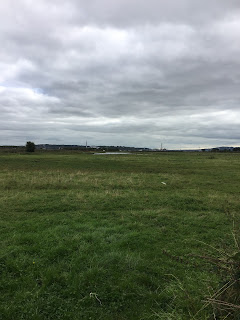 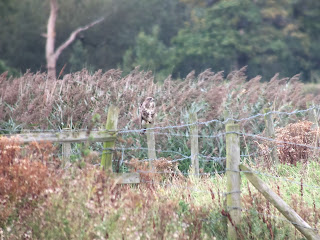 Scanning over towards Carr Lane Pools there were a further couple of Common Buzzard and a Kestrel sat on the fenceposts - again probably accounting for a big fat zero passerines. The Pools looked relatively quiet as well with only Eurasian Teal and Mallard present. With the imminent high tide I would have expected to have seen a lot more waders present. A Great Spotted Woodpecker started to call from Great Boar Wood, but otherwise it was eerily quiet. 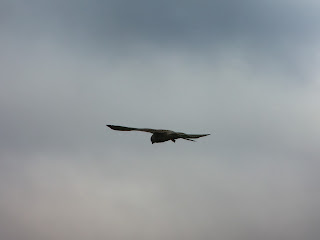 Moving round to the gate on Town Lane I was able to get a clearer view of the main Pools. It didn't really reveal much else other than 4 Common Snipe and 3 Black Tailed Godwit. Even duck number seemed lower with only 4 Wigeon, 160 Eurasian Teal and a handful of Mallard (no Gadwall or Shoveler anywhere?!). A Kestrel again put paid to much passerine action, although a few Meadow Pipit and Linnet were moving about. 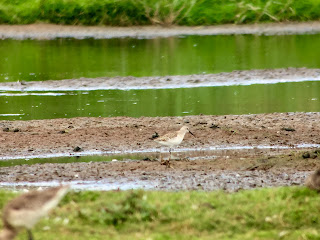 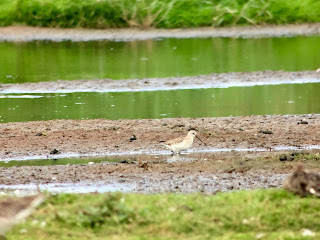 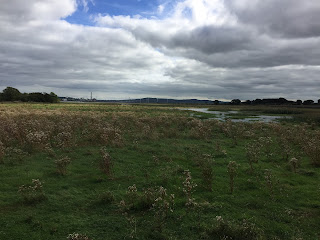 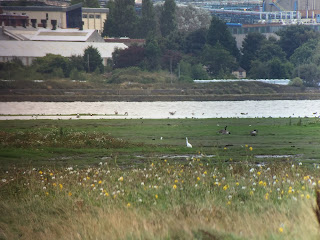 With the overcast conditions I felt that I was in a good position to see anything being pushed onto the Marsh ahead of the tide. A couple of sizable flocks, totalling c.2000 Dunlin and Ringed Plover decided to give up and head down river?! My first Short Eared Owl of the winter flew out from the Weaver outflow along the ship canal and out onto the river. 2 Kingfisher were zooming around the marsh looking for a suitable post, whilst there were at least 4 Little Egret. A Green Sandpiper flew out of its hiding place ahead of the encroaching tide, but otherwise it was rather disappointing, especially once the sun emerged and produced a frustrating heat haze. A juvenile Hobby fed over Great Boar Wood as I headed back to the car. 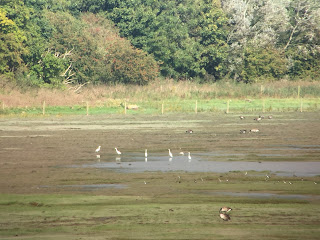 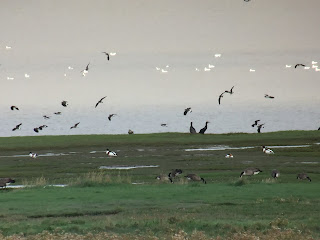 I decided to head to Within Way to have a better view of the Marsh and check out any of the hedges for migrants. However the hedges were dead, and other than a Sparrowhawk and a few Common Buzzard the walk down to the first viewing area was quiet. The marsh held at least 12 Little Egret (presumably displaced from Frodsham Score) and 3 Peregrine which were causing the Lapwings grief. 3 Wheatear feeding on the shorter grass were the only migrant "highlight" of a rather quiet affair. 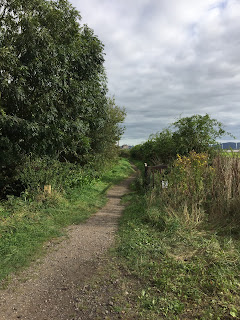 The rest of the walk down Within Way was uninspiring, with next to no migrants. A single Chiffchaff, and a couple of hefty sized flocks of Linnet and Goldfinch were the only slight distraction. I reached the end of Within Way and had a further scan of the Marsh which only threw out 2 Greylag Geese and a single Mediterranean Gull (mind-blowingly good shot below!) loafing about with the Black Headed Gulls on the river. 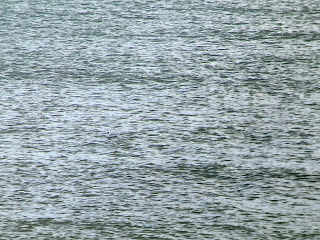 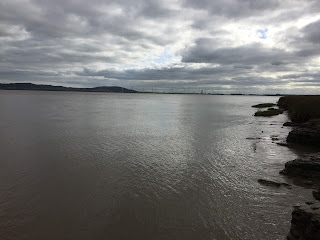 A scan over towards Frodsham threw up a single Great White Egret sat out on the Score, whilst a single male Marsh Harrier was quartering the near edge of the Score. A large group of Raven were gathered around some unfortunate victim of the high tide, and a group of c.100 Golden Plover were dislodged from their roost and headed upriver. With little else about I headed back up Within Way towards the car. 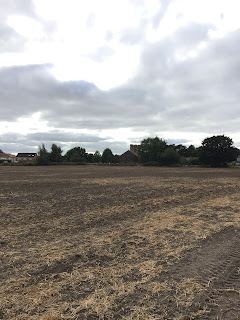 For some stupid reason I got it into my head that I should check out the Churchyard, expecting it to be an oasis for  the migrants that had been missing from the patch. Sadly it wasn't to be, and other than a single Chiffchaff and Blackcap it was dead (no pun intended). I know I live in the North West, which isn't known as a migrant hotspot, but it IS September for crying out loud!! Surely it can only be a matter of time before something turns up though........