A Tale of Two Halves

With a return to work beckoning I managed to get two visits to the patch today. A heavy dew had formed overnight, and the still air had a slight chill to it. However it was dry and bright, although there was a slight mist hanging in the distance. It actually felt like there may finally be something about! 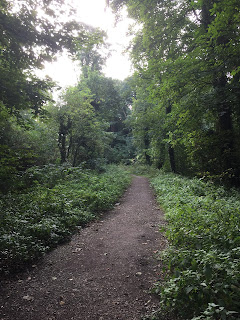 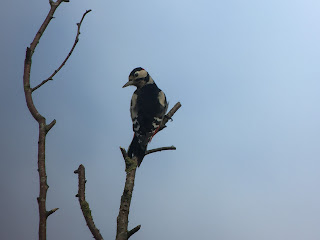 I decided to have a look at Hale Park, hoping that some migrants may finally have turned up. Stepping out of the car I could immediately hear Goldcrest, Nuthatch and Chiffchaffs, a positive start. A family party of 3 Great Spotted Woodpeckers kept me entertained for a few minutes, before my attention was then refocused on migrants. The area was alive with a mixed Tit flock along with c.20 Goldcrests, 10+ Chiffchaff and a couple of Willow Warbler and Blackcap. Breaking my neck looking at the treetops eventually resulted in a smart Firecrest among the Goldcrest, my second on patch this year. 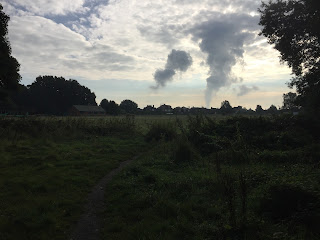 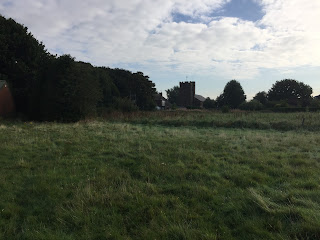 Nuthatch and Treecreeper were everywhere, both clearly having had good breeding seasons. The bushes around the football pitch continued to produce Chiffchaff, Blackcap and a single Reed Warbler. A Sparrowhawk lazily flapped over, whilst Meadow Pipit, Grey Wagtail and Skylark were moving overhead. Finches were also in evidence with at least 9 Siskin, 5 Lesser Redpoll and numerous Linnets and Goldfinch. Large numbers of hirundines were on the move, with many flooding across the Mersey towards Frodsham. 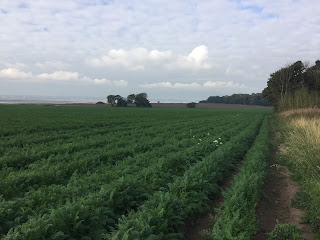 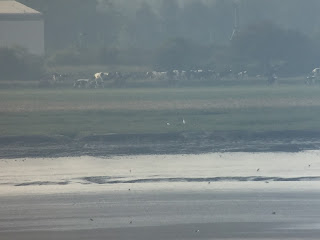 Reaching the carrot fields I had a quick scan of the Mersey and Frodsham Score. I picked up at least 3 Great White Egret among c.15 Little Egret, and a single female Marsh Harrier quartering the Score. The river itself held good numbers of waders (although too distant to specifically ID), and a scattering of gulls. Walking along the field edge I kicked out a Sedge Warbler and a couple of Whitethroat and Blackcap. Things were clearly moving, and it finally felt a little more like autumn! 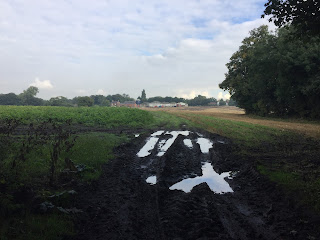 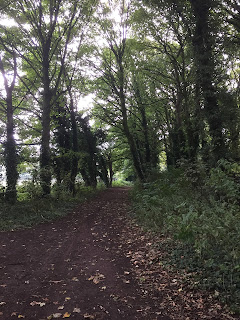 Entering the main section of woodland again I picked up a Spotted Flycatcher by the big pool, but other than a few Goldcrest and Chiffchaff this area seemed relatively quiet. Returning to the car I came across a few decent sized Tit flocks which supported yet more Nuthatch and Treecreeper. Heading round to Carr Lane Pools, I parked up at the gate on Town Lane. 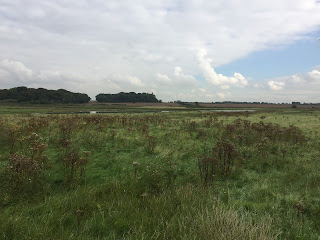 From the gate the Pools looked relatively quiet with c.60 Eurasian Teal, 2 Mallard and a single Black Tailed Godwit. There were more Meadow Pipits on the move as I walked along Town Lane. Scanning the back posts was eventually rewarded with 2 Whinchat and a female Redstart, clearly a big improvement in migrants today. A Peregrine was sat on the edge of the decoy, whilst there were good numbers of both Wigeon (c.53) and Eurasian Teal (c.60) on Hale Marsh feeding in the newly created pools from the high tides. 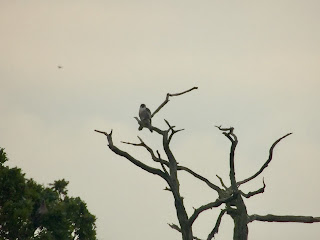 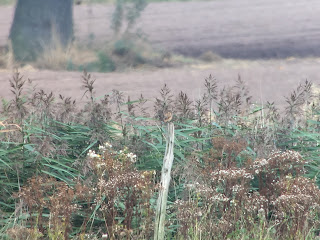 The flooded area along Town Lane held 5 Ruff, 36 Black Tailed Godwit and 8 Common Snipe, with a good number of Eurasian Teal. A couple of Common Buzzard were mooching around on the hedges, but couldn't be bothered to get up for a fly around. Hirundines (predominantly House Martin) were still about in good numbers and seemingly building up before making the short journey south across the Mersey. A Common Swift had me double and triple checking to make sure it wasn't anything rarer. I had promised to bring my Dad down for a patch visit in the afternoon, so I popped home for some food and before heading back. 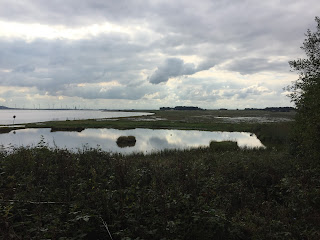 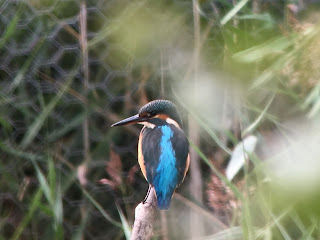 With another decent high tide (7.9m) I decided to head to Pickerings Pasture to see what came into the high tide roost (hoping that there may be a few more waders present). The walk down to the scrape was quiet with a single Blackcap and a few Long Tailed Tit. The two local Kingfisher put on a good show (albeit through some branches a lot of the time), feeding for the entirety of our stay. Waders were again poor with 3 Ruff, 2 Common Sandpiper, 7 Black Tailed Godwit and c.300 Lapwing. A couple of Dunlin and Ringed Plover came and went but didn't settle. 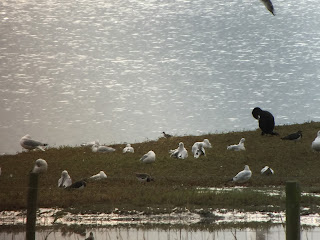 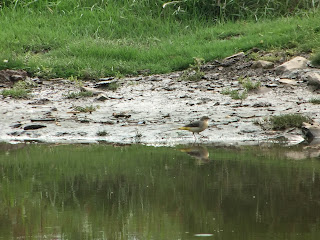 The roost was being scattered regularly, and whilst scanning for the Peregrine I picked up an Osprey which flew east along Runcorn Hill; amazingly my 5th record on patch this year. 7 Little Egret were roosting on Hale Marsh, and there were very good numbers of Grey, Pied and White Wagtails feeding out on the wetter areas of the Marsh. A couple of Blackcap and a single Reed Warbler were present around the brambles in front of the screen, but there was no sign of the recent Garden Warbler. 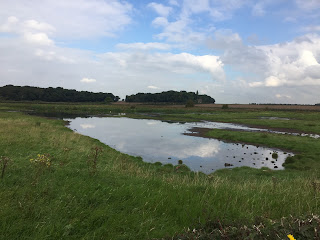 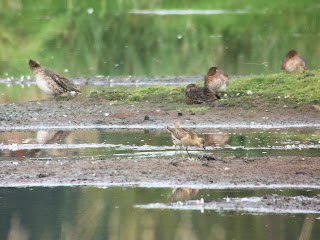 We moved back round to Town Lane where we caught up with the Whinchats again, however passerine movement had really dropped off by now. The Pools again held pretty much the same stuff with 6 Ruff, 12 Black Tailed Godwit and 2 Redshank. The ploughed field had 4 Ringed Plover roosting, I'm not sure why they chose not to roost on the Pools or Hale Marsh?! With little else moving we decided to head home for a coffee. It was good to see that migrants are finally starting to move, it's just typical that I am heading back to work.....maybe I'll just have to put burn up some more annual leave!!