What a difference a day makes! The warm conditions had been replaced by a cool strong NNW'ly wind, with a couple of heavy showers interrupting cloudy and bright conditions. Certainly not a day for shorts and a t-shirt like yesterday, and a shock to the system after the blistering heat in Mallorca. 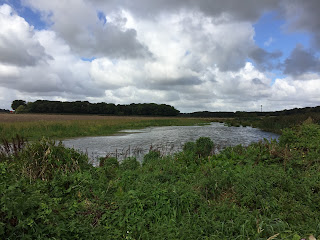 The flooded field along Carr Lane was deserted other than 2 Moorhen, however there were a couple of Sedge and Reed Warbler along the ditch which at least gave hope that there may be a migrant or two about. Despite the blustery conditions there were a few Common Buzzard and Kestrel on the wing. Scanning across Carr Lane Pools I picked up 9 Ruff feeding on the near edge of the Pool, whilst there were masses of Eurasian Teal, Mallard and Common Snipe feeding across the area. 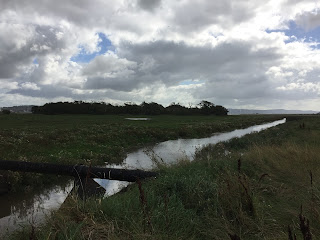 Parking up on the bridge along Town Lane, the high tide had swamped Ramsbrook (although the high tides over the weekend promise to be even higher). The Marsh was relatively quiet other than a few Grey Wagtail, Yellow Wagtail and Meadow Pipit bouncing around. The strong wind whipping across the marsh probably put paid to any chance of passerines sitting out on the posts or hedges. 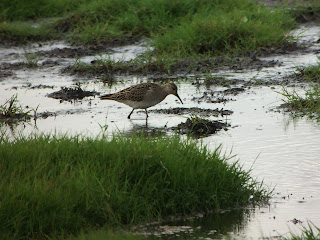 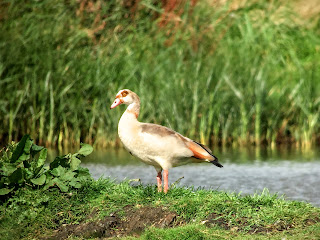 The flooded area along Town Lane was heaving with Ruff with a minimum of 21 birds, by far my highest count on patch. The Egyptian Goose had reappeared, whilst the Wood Sandpiper remained (but was playing hide and seek in the far corner). c.12 Common Snipe and 7 Black Tailed Godwit made up the wader contingent, until a massive flock of waders came wheeling in. c.400 Dunlin flew in over my head from Hale Marsh, and a quick scan revealed at least one Curlew Sandpiper. Unfortunately the flock didn't decide to land and after a few passes of the Pools headed back out towards the Mersey. 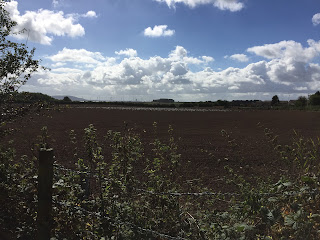 Deciding to head to Pickerings despite missing the high tide, I was held up by a good sized gull roost on the ploughed field at the entrance to the United Utilities complex. c.1500 Black Headed Gull were gathered, but despite a good grilling I could only find a single 2nd summer Mediterranean Gull and a single adult Common Gull. Possibly one to keep an eye on if these strong winds continue. 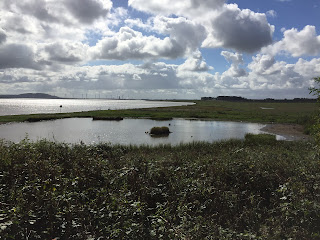 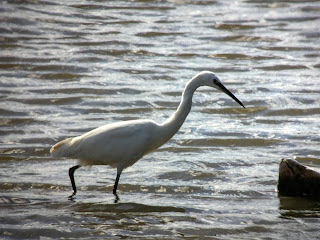 Arriving at the screen at Pickerings Scrape there were two Little Egret feeding on the pool. The high tide roost itself was disappointing, mostly down to one of the local Peregrines causing havoc. Amongst the c.200 Lapwing roosting I picked out 3 Ruff, whilst there were smaller groups of Ringed Plover and Dunlin constantly on the move, before heading out onto the Mersey. A Little Ringed Plover made a quick flyby but didn't settle. The elderberry held at least 5 Blackcap and a Garden Warbler (presumably the same long staying bird given their relative scarcity on patch). 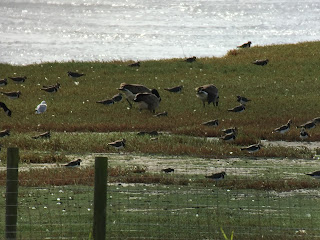 The trees around the screen held a couple of Goldcrest, Chiffchaff and a single Reed Warbler, but the wind made hearing anything near impossible. Scanning across the Mersey I could masses of waders gathered on no mans land (c.5000 small waders, 600+ Black tailed Godwit, 100+ Curlew, c.150 Redshank and c.50 Oystercatcher). Sadly everything was just too distant to make anything out - maybe I need to consider hiring a boat?! A Sparrowhawk on the way back to the car was the only bird of note. 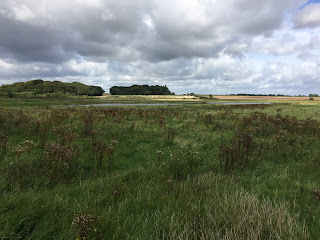 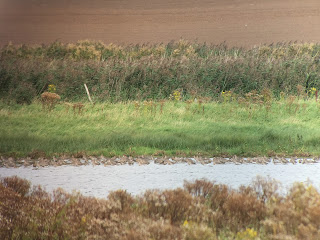 I headed back to Carr Lane Pools to see whether the Pectoral Sandpiper had dropped in yet. Sadly it hadn't but c.400 Black Tailed Godwit had turned up, with a further 12 Ruff joining them. A good look through all of the ducks and waders failed to produce anything further. However the ploughed fields at the back were full of Gulls and c.150 Lapwing. Closer inspection revealed two adult Mediterranean Gulls, and another 3 Ruff hiding among the Lapwing. 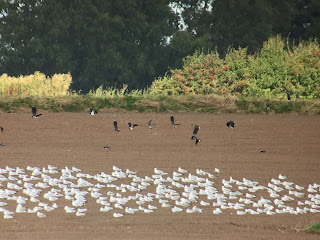 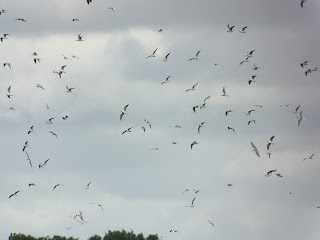 A Hobby zipped through at the back of Great Boar Wood, whilst a few Common Buzzard, Kestrel and another Sparrowhawk were on the wing. The Gull numbers continued to increase with c.4000 birds now present, but despite a thorough search there was nothing of any scarcity. The numbers are some of the highest I have seen away from the Mersey, I presume that the combination of high tide, wind and ploughed fields were the factors? 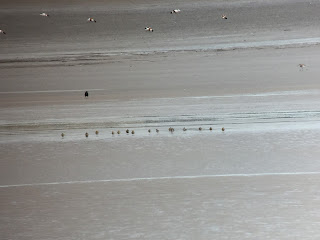 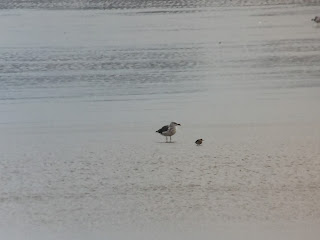 I decided to head back round to the main car park at Pickerings Pasture to see whether the waders were starting to move closer on the dropping tide. Sadly nearly all of the small waders had disappeared, although I'm not sure where to?! 14 Golden Plover, a further 4 Ruff and a good gathering of Gulls were my only reward. Another good grilling of the Gulls failed to pick out anything decent (where are the Yellow Legged?!). 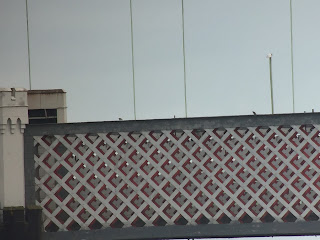 Two Peregrine were sat up on the Runcorn Bridge, whilst a female Pintail flew upriver (my first of the winter period). With very few waders around on the Mersey I decided to check the industrial area behind the pathway for migrants. Sadly the wind was just too strong, and the only birds worthy of mention were 2 Grey Wagtail and 7 Mistle Thrush. With confirmation of breeding Black Redstart a couple of miles away it will be an area I will be keeping a close eye on this autumn. 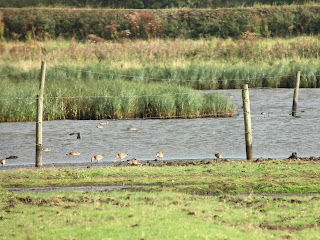 A brief stop at Carr Lane Pools (viewing from Carr Lane) on the way home revealed another 16 Ruff (I wouldn't even like to hazard a guess of how many were on patch today). Whilst a Golden Plover was feeding among the Godwits and Common Snipe. The whole area looks very good at the moment, and with the Lunt/Martin Mere Pectoral Sandpiper disappearing this morning, hopefully it will find it's way down here!