The weather as indeed rather autumnal, with some hefty showers breaking up the generally bright skies. The wind remained a strong SSW'ly which again made finding anything difficult. As it was still meant to be Autumn I decided to again try and locate some migrants, although with even the east coast struggling I didn't hold out much hope. 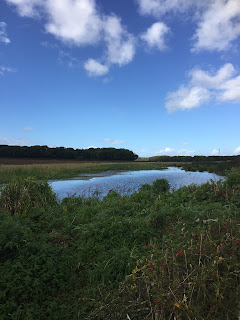 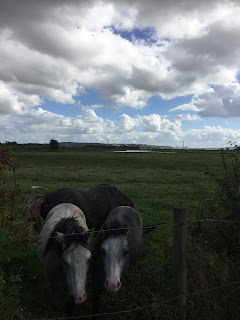 With torrential rain starting just I pulled up at the flooded field on Carr Lane, I decided to wait it out in the car. Fortunately it passed relatively quickly, pushed along by the strong winds. The flood itself was very quiet with only a few Eurasian Teal and Moorhen. A Common Buzzard was sat on the hedge at the back of fields, looking rather wet and sorry for itself. A quick look over Carr Lane Pools didn't result in much more with only 3 Ruff, c.140 Eurasian Teal, 8 Wigeon, 2 Shoveler and a Gadwall. Not the stuff of dreams, or even get the excitement levels up! 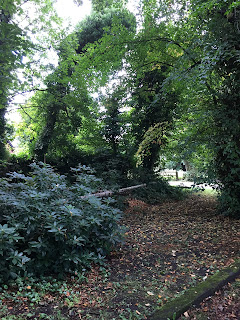 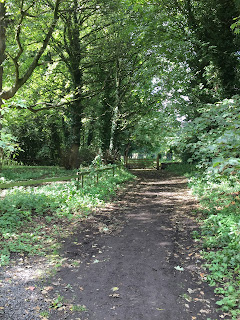 I spent the next couple of hours searching Hale Park for any migrants at all. However despite some decent sized Tit and Crest flocks there was very little. I wandered around picking up c.12 Goldcrest, 5 Nuthatch, Great Spotted Woodpecker, 3 Treecreeper among the flocks of Great, Blue and Long Tailed Tits. There were also at least 6 Coal Tits present, clearly a bit of inward movement. The only migrant I did eventually pick up was a Chiffchaff, a very poor return for the effort! A few finches were on the move, but were clearly keeping their heads down as they got pushed around in the strong winds. 3 Siskins were the best among the Goldfinch, Greenfinch and Linnets.

I had a brief scan over the Score from the end of Hale Park which revealed a female Marsh Harrier, Peregrine, numerous Ravens, and a couple of Little Egret, but again it was slow going. The tide was almost fully out, and most birds were sheltering on the far side of the Mersey. 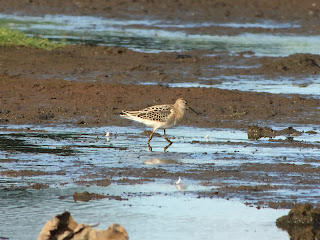 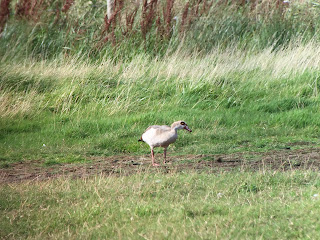 Cutting my losses I had a quick look at the flooded area along Town Lane. 5 Ruff, 14 Black Tailed Godwit and 6 Common Snipe were the only waders present. The Egyptian Goose was again present, whilst there were smaller numbers of Eurasian Teal feeding across the muddy areas. Checking across Hale Marsh was just as unproductive, with only a Kingfisher darting by (and narrowly avoiding being run over as it flew over Town Lane) and a Peregrine roosting on the decoy among the Cormorants. 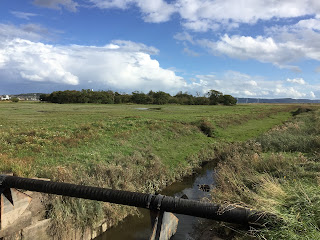 A thoroughly depressing visit to the patch, with little to no indication that it is Autumn. My only solace is that many other areas are not faring much better, it is clearly just a slow Autumn at the moment. With September nearly gone, let's hope that October is more productive!