With light southerlies forecast (the best conditions for vizmig on patch) I decided to head out early to see whether I could change my recent fortunes; 50 days and counting since my last patch year tick! The harvest moon was still high in the sky when I left home, and it felt pretty damn cold the (air temperature was only 6 degrees). 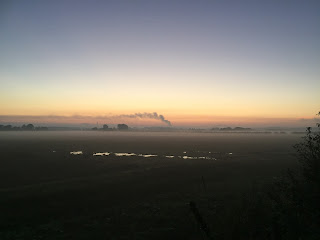 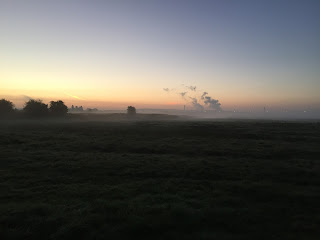 A few stops driving down Carr Lane produced a yelping Little Owl near to Burnt Mill Farm, and a small group of Black Tailed Godwit, Common Snipe and Eurasian Teal on the flooded field. Low lying mist hung over the fields, and the sky was an amazing pastel colour as I arrived at Lighthouse Lane. The moon was still like a beacon in the sky, and birds were already beginning to move. 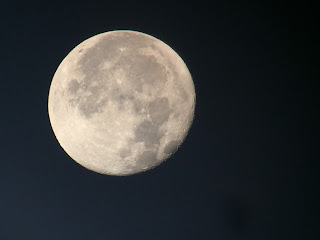 Over the next two hours I logged 213 Goldfinch, 164 Linnet, 30 Chaffinch, 1 Bullfinch, 112 Skylark, 87 Meadow Pipit, 1 Rock Pipit, 12 Grey Wagtail, 3 Pied Wagtail, 2 Reed Bunting, 1 Yellowhammer, 2 Siskin, 1 Redpoll sp, 15 Jay, 16 Swallow and 2 House Martin. Not the greatest variety, but fun none the less. The Lighthouse garden had a steady stream of visitors as well with c.7 Goldcrest, 4 Chiffchaff among Coal, Great, Blue and Long Tailed Tit. A Sparrowhawk was causing havoc among the finch flocks around the Lighthouse garden throughout my vigil, whilst Grey Partridge had finally started to emerge from their hiding places and gained a little more confidence by feeding out in the open. 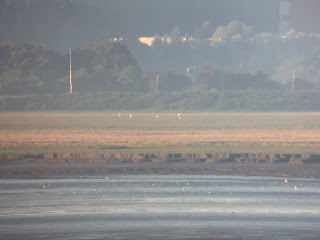 It wasn't all vizmig though, and a few scans of Frodsham Score resulted in 2 Marsh Harrier (a female and presumed juvenile bird). There were good numbers of duck moving through as well with large flocks of Wigeon, Eurasian Teal and a few small parties of Pintail. I also picked up my first Pink Footed Geese of the winter period with 5 flying west over the Score. The best part however was the Egrets, with at least 4 Great White Egret and 29 Little Egret feeding across the marsh. The Egrets were quite mobile, and I felt there may well have been a 5th bird however I wasn't able to confirm (however the WeBS count later did). 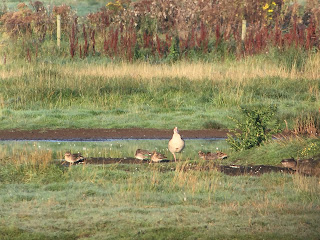 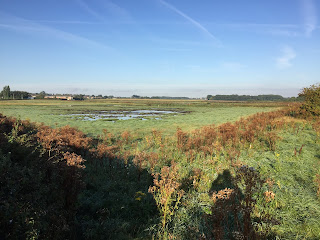 With vizmig quietening down I headed round to Pickerings Pasture to meet up with Iggy to have a hunt for some migrants; however I couldn't drive past without a quick look at Town Lane. The Pools were still relatively quiet, but the Egyptian Goose had reappeared whilst 7 Ruff, 6 Black Tailed Godwit and 9 Common Snipe were feeding across the area. 6 Wigeon had joined the Eurasian Teal throng, and glinted in the early morning sunshine. A Kingfisher was calling from Ramsbrook on Hale Marsh, whilst small numbers of Skylark and Meadow Pipit were still on the move. 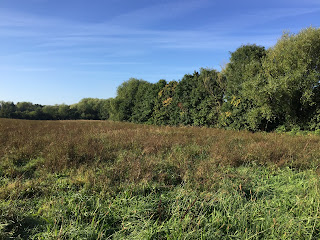 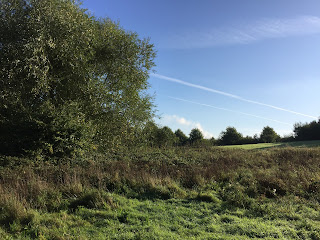 Joining Iggy we had a wander around some of the sun traps of Pickerings Pasture, hoping that something decent may pop out. The hedgerow down to the Mersey held at least 3 Bullfinch and a Blackcap, but very little else. The quieter areas produced a single Garden Warbler, 5 Blackcap, 7 Chiffchaff and a single Willow Warbler; slow going but it could be worse I suppose. A Great Spotted Woodpecker flew over, whilst a few Grey Wagtail were on the move. A check of the industrial wasteland produced a few more Grey Wagtail, 3 Whitethroat and a couple more Blackcap, but it clearly wasn't going to be a migrant day! 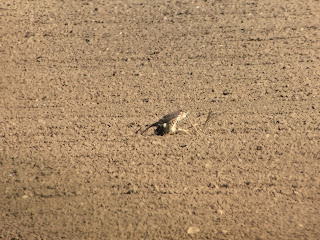 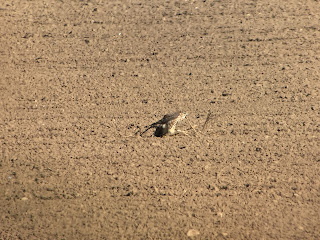 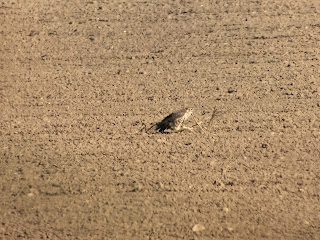 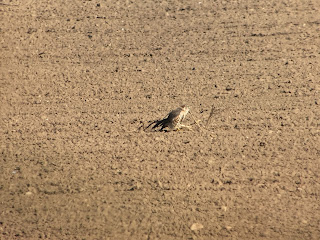 Heading home via Town Lane I called in briefly at the bridge, where I was pleasantly surprised to find a smart female Merlin sunning herself in the warm sunshine; hopefully the first of many again this winter. There was little else of note on the pools, and still no sign of any Pectoral Sandpipers. With a little overnight rain forecast hopefully a few more bits will be forced down onto the patch before I have to go back to work.......