I managed to squeeze in a quick spin around patch this morning, prior to my flight to Mallorca (more on this in a separate post) later in the evening. The weather was mild, but rather overcast with a very light north-westerly. With plenty of waders still on offer, I was hoping that something decent may have appeared. 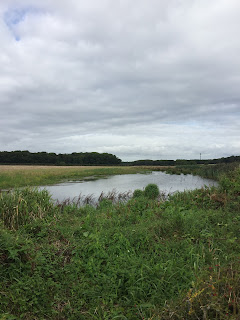 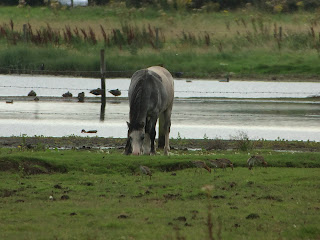 Starting at the flooded field on Carr Lane, I was disappointed to find very little on show. A couple of Eurasian Teal, Coot and Moorhen was the "best" of it. Fortunately moving across the road to scan Carr Lane Pools there were a few more bits with a single Little Ringed Plover, 8 Common Snipe, 12 Black Tailed Godwit and 3 Ruff. Duck numbers are really starting to increase with good numbers of Eurasian Teal, Gadwall, Shoveler and Mallard (it won't be long until the first returning Wigeon). 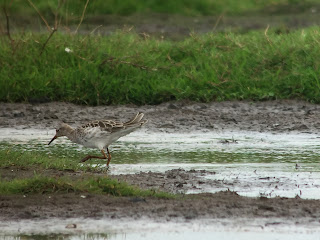 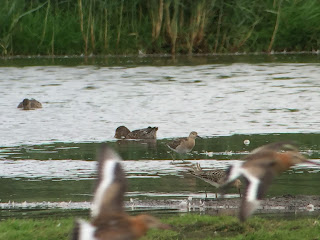 The gate from Town Lane was unproductive other than a female Sparrowhawk and Hobby bombing around over Great Boar Wood. Fortunately the flooded fields along Town Lane were a lot better with the Wood Sandpiper again showing well, along with 9 Ruff, 12 Common Snipe and a few photobombing Black Tailed Godwits. 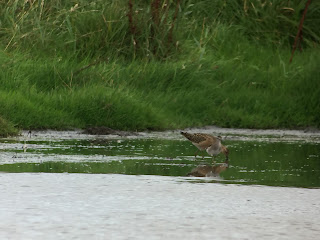 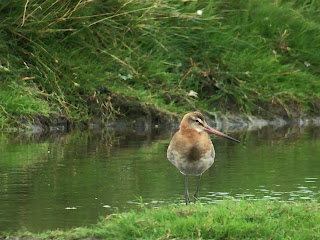 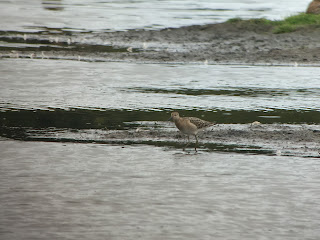 I spent a while scanning through the waders, the area as a whole is looking very good at the moment and surely it is only a matter of time before something decent drops in. The variety of Ruff is quite amazing at the moment with some very small dainty females and some big hulking males. Hale Marsh is starting to feel a little more autumnal with Meadow Pipits on the move and phylloscs calling from the hedgerows. A male Whinchat was following the hedgerow along the centre of the stubble fields, but remained a little too distant for photos (although that doesn't normally stop me!). 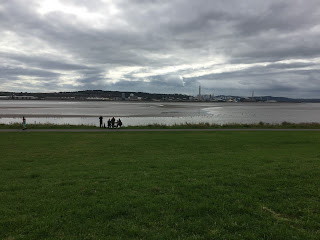 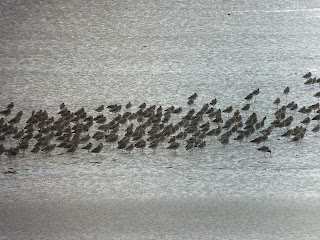 I moved round to Pickerings Pasture to join Iggy scanning the waders. There was a good gathering of c.400 Black Tailed Godwit roosting close in, but the majority of small waders were quite distant and spread out. Despite this we managed to pick out a Sanderling, 2+ Curlew Sandpiper, 8 Knot among the c.1000 mixed Dunlin and Ringed Plover. Despite a good grilling of the Black Tailed Godwits I couldn't find any colour ringed birds, but a massive male Ruff blended in rather well. 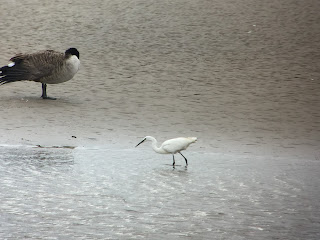 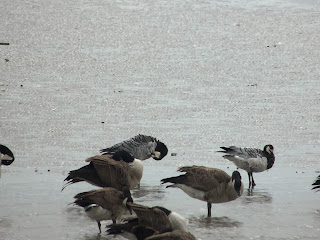 A couple of Little Egret were feeding in the near channel, whilst a pair of Barnacle Geese (which have been surprisingly difficult this year on patch) were feeding and initially picked up on call in the Canada Goose gaggle. A further scan of the waders and gulls revealed 3 Avocets, but nothing further of interest despite a good look. 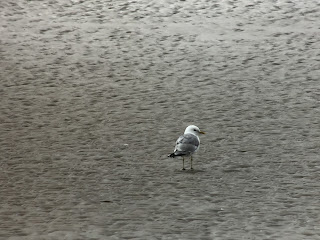 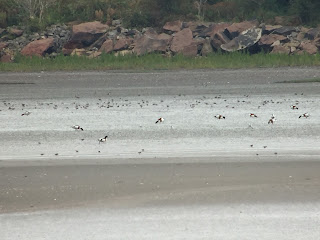 So with time running out, and some last minute packing to do I headed home. With just over a week away from patch the fear was starting to set in that I would miss something decent....hopefully I won't miss anything too major!!