I managed a brief visit to the patch during Sunday afternoon, and was again rather surprised that nothing rarer had been reported despite plenty of people on patch. It was disappointing to hear that the people had been walking through the fields to try and find the Lapland Bunting, and it was not overly surprising to hear that it had only be seen briefly. 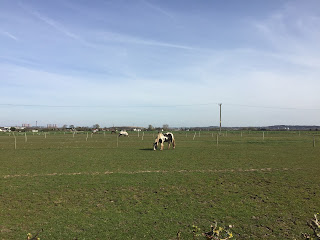 I again checked out the paddocks by Burnt Mill Farm, but was again left disappointed with no Wheatear present still. However there were good numbers of Linnet and Meadow Pipit present, and the oilseed fields at the back held singing Corn Bunting and Reed Bunting. It surely won't be too long until the first Wheatears are back...... 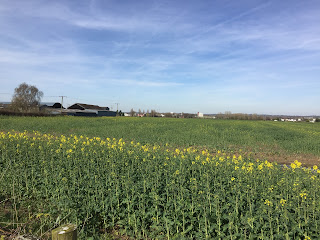 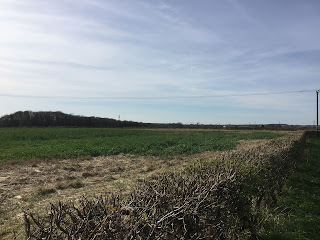 Moving around the sharp bends I was surprised to find no birders at all. I picked up the Lapland Bunting quite quickly, whilst it was calling and flying around. However, unlike the last two days it didn't seem keen on settling - I'm not sure whether this was due to the Kestrel in attendance or the persistent flushing that it had received earlier in the day?! With limited available time and having had good views over the last couple of days I decided to leave it in peace and move down Carr Lane. 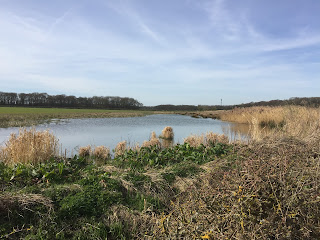 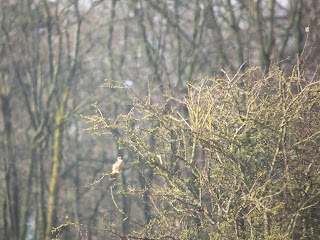 The flooded field held the usual Little Grebes, who were exceedingly vocal. A female Merlin was perched up in the hawthorns behind the floods and gave good scope views (but clearly not good photo opportunities!!). A single Water Pipit was feeding on the Carr Lane side of the road, but was rather mobile and didn't want to settle either. It all seemed rather quiet in comparison to the last couple of days. 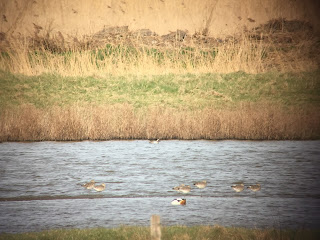 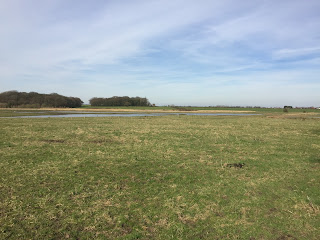 Moving round to the gate on Town Lane I relocated the male Garganey, which was sadly feeding right at the back of the Pools. A good number of Black tailed Godwit were present, but were feeding in the deep water so no chance of colour ring reading on this occasion. A single Ruff was present in the back corner, whilst the single male Wigeon, 40+ Eurasian Teal and 24 Shoveler were again present. 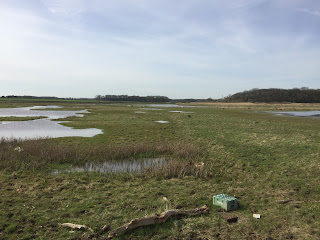 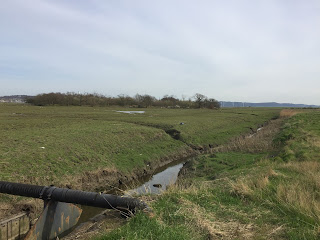 I walked up to the bridge on Town Lane hoping that the first Little ringed Plover would be in by now, but sadly there was still no sign. A couple of Little Egret were feeding out on the Marsh, but otherwise it was very quiet. Meadow Pipit and Skylark were present in good numbers, but despite a thorough search I couldn't find much else of interest. With my available time running out I headed back to the car. A rather tame patch visit compared to the last couple of days, but then I shouldn't really complain given that it is still only March!