I decided to get up early today to get some vizmig in; but when I woke up it was hammering it down with rain, not the greatest start! However by the time I had washed and caffeined myself up it had eased off and started to brighten, with the first traces of sunrise on the horizon. There was a light ESE-ly, and cloud cover had nearly broken by the time I reached the patch. 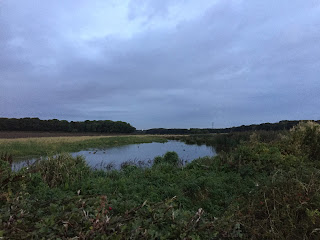 I decided to pull in quickly at the flooded field along Carr Lane, hoping that the Jack Snipe seen during the week may be on show. Sadly there was no sign, but 2 Water Rail were having a Benny Hill moment around the pool (rare to see one bird here, let alone two!). 59 Eurasian Teal were spread across the Pools, with 3 Common Snipe hiding in the edges. Meadow Pipits and Skylark were already moving, but as it was still early I thought I would have a quick scoot round to Town Lane. 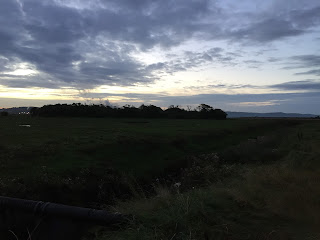 A Kingfisher was sat just below the bridge on Town Lane, but made a quick get away as soon as I opened the car door. I also inadvertently flushed 2 Grey Wagtail that were feeding just a little way down Ramsbrook. The Cormorants were already leaving the decoy, and I noticed a good gathering of ducks on the mote. Scanning the 37 Eurasian Teal and 3 Wigeon I came across a wader feeding on one of the Pools..... a Pectoral Sandpiper! 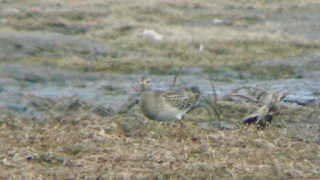 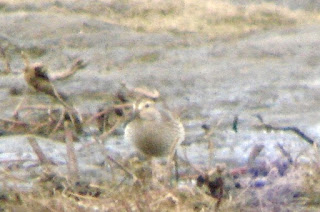 The poor light meant that, although the Pectoral Sandpiper was quite close, my poor iPhone couldn't quite cope with anything more than a few poor grainy record shots. As soon as had I managed to take a few pics and put the news out, a Peregrine came zooming over the decoy scattering the ducks and sending the Pectoral off in a SW'ly direction and towards the Mersey (although it appears to have returned to Carr Lane Pools this afternoon thankfully). 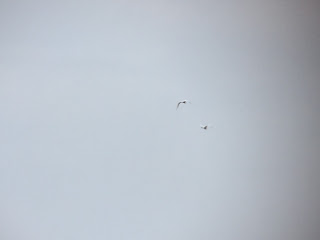 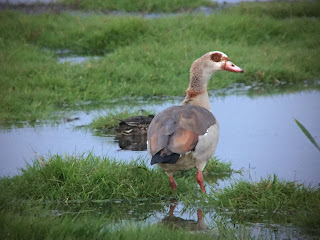 As I was watching the decoy 2 Great White Egret flew out and headed off in the same direction, with a further 12 Little Egret emerging and heading off towards Runcorn? (I had always previously assumed that they would be Frodsham feeders!). A quick scan over the flooded area of Town Lane produced the Egyptian Goose (about 10m away), 1 Ruff, 50+ Eurasian Teal and 3 Wigeon, but very little else. 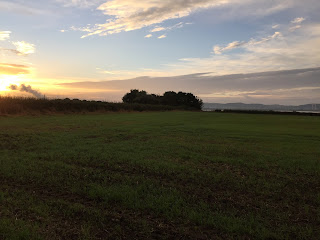 With the sun starting to break through and an increase in bird movement on Town Lane (numerous Meadow Pipit, Skylark, Goldfinch and Linnet) I decided to head round to Lighthouse Lane to start my vizmig. I was joined by Rob Cockbain (and Mike Roberts a little later) for the next couple of hours as we had an enjoyable vizmig session. All birds were moving South or South Easterly throughout the visit, with a peak movement between 8.00 and 8.45. The main highlights were Rock Pipit, 8 Tree Sparrow, 5 Lesser Redpoll and 11 Siskin. A full breakdown can be found on Trektellen. 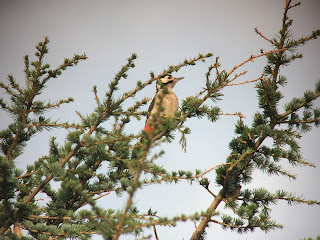 However the real highlights were watching a Goldcrest spiralling down from the stratosphere to land in a bush about 5 meters away, along with a Great Spotted Woodpecker that did exactly the same from an even greater height. Migration has got to be one of the most exciting birding spectacles to watch! The end garden held at least 6 Chiffchaff and 5+ Goldcrest throughout, and the passing Tit flock encouraged a Sparrowhawk to come and check them out. An adult Mediterranean Gull flew over our heads, but by 9.45 the clouds had appeared and bird movement had started to ease off. 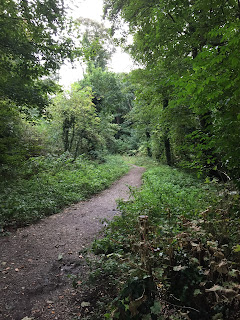 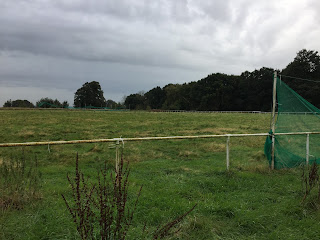 With my available time running out I decided to head round to Hale Park to check around the old football pitch. The whole area was heaving with Goldcrest and at least 6 Chiffchaff, among the expected Nuthatch, Treecreeper and Tits. Despite a fairly thorough search I couldn't find anything of greater interest, but it felt as though it was only a matter of time (I hope!!). A quick scan of the Score picked out a Great White Egret (pic included just to maintain my record of worst record shot of GWE!) feeding on the Mersey, whilst a female Marsh Harrier was quartering the edge of the Score. 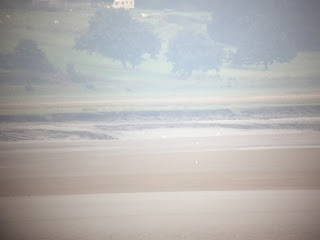 A few more Siskin were moving through as I headed back to the car, whilst a Blackcap was alarm calling from nearby. Taking the long route home I had a brief stop at the flood on Carr Lane, where 2 Black Tailed Godwit had turned up, whilst Common Snipe were now up to 6. A Peregrine bombed through heading towards Hale Marsh, whilst 2 Kestrel were sat up on the wires, but with no time left I had to head home.

Today felt like a real improvement compared to the last month, with birds clearly on the move and some good quality thrown in. Hopefully October is going to show what Autumn should REALLY look like.