I wasn't going to have any real chance to get out onto patch this weekend, so I ensured I was up early to get some vizmig in first thing. The forecast didn't look too promising, from a vizmig perspective but at least it was correct for once. A cold start but with generally bright conditions and broken clouds; the wind remained a light ENE throughout my visit. 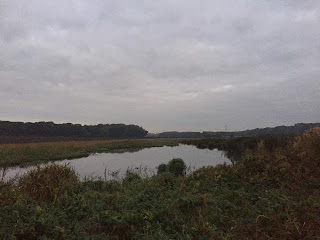 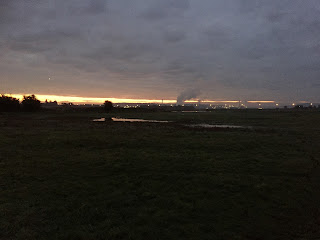 I arrived on Carr Lane just as the first traces of light were filling the sky. A Little Owl was yelping from towards Great Boar Wood, an unusual location that I have not heard them from. The flooded field held a good number of Eurasian Teal and a single female Mallard. A Water Rail started squealing as my car door slammed shut (note to self, great for waking up Rails, but not great for flushing every duck on the pool!). On closer inspection there were still a few Common Snipe left, whilst a Jack Snipe was bobbing away in the open (although sadly too dark for pics). 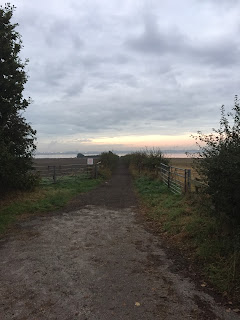 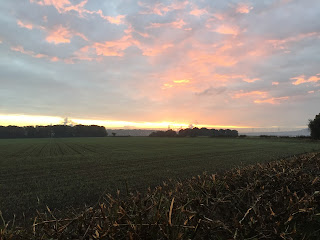 Moving round to Church Lane I met Rob Cockbain who had just had a Short Eared Owl hunting along the hedge towards the Mersey, but sadly it didn't decide to reappear. Over the next two hours we had a reasonable movement of birds with 6531 birds of 26 species. The biggest mover by quite some way were Woodpigeon, with 5495 seen including some seriously big flocks. We were joined by Jeff Clark and one of his birdwatching classes, who clearly enjoyed the spectacle. 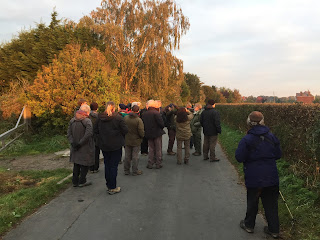 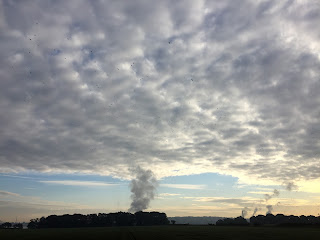 The other highlights included 217 Fieldfare, 201 Redwing, 8 Tree Sparrow, 10 Brambling and 10 Siskin. The big surprise was the large numbers of Jackdaw on the move, with 234 moving south east over our position. There were very few other distractions from the vizmig with only a single Kestrel, Sparrowhawk and Common Buzzard. The end garden held a few Goldcrest among the mixed flocks, but it had a real "end of Autumn" feel. 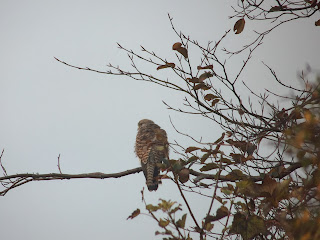 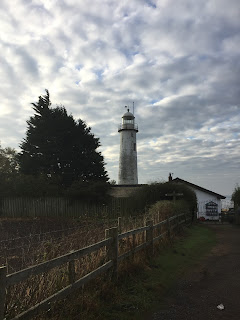 A brief walk down to Hale Lighthouse was uneventful with the fields seemingly very quiet with only the odd Skylark and Meadow Pipit. Buntings seem to be in very short supply with only 5 Reed Bunting and a single Yellowhammer. The Mersey had a good covering of waders and gulls, but nothing jumped out during a brief scan. Even Frodsham Score and Ince Marshes seemed quiet, with not even a single Egret on show!? With time running out I headed back to the car so that I could have a quick stop at Carr Lane on the way home. 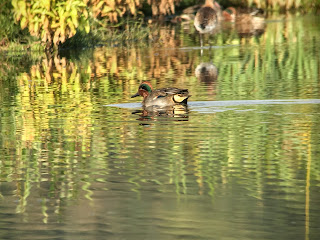 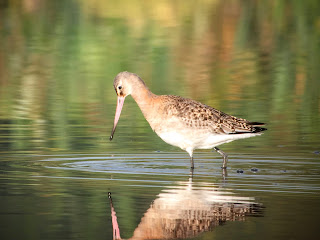 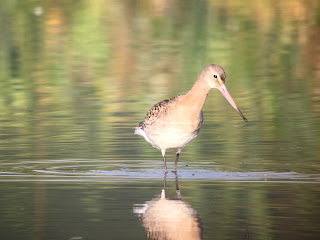 The light was great at the flooded field, but sadly there wasn't much present. A single Black Tailed Godwit had joined a small group of Eurasian Teal, Moorhen and a single Common Snipe. Carr Lane Pools looked nearly as quiet, although a single Pintail and 3 Gadwall were hiding amongst the Eurasian Teal.

A relatively slow patch visit, but still some enjoyable birding; saying that it certainly felt like the beginning of the end of the Autumn birding......I seriously hope I'm wrong and there is still time for a few more bits.