Having neglected the patch at the weekend (in favour of some dirty twitching) I decided to take a days annual leave having looked at the weather and tide forecasts. The early morning torrential rain had eased by the time I headed out, and with strengthening WNW'lies, squally showers and a monster high tide forecast I was hopeful that something would get blown onto patch. 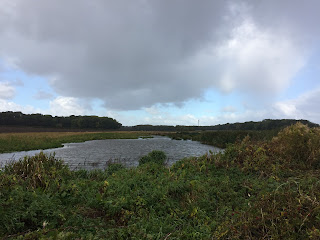 My stop at the flooded field along Carr Lane luckily coincided with a rather torrential shower. There were good numbers of Eurasian Teal, a single Gadwall and 2 Common Snipe on a quick scan of the area, but the heavy rain had me jumping back into the car for shelter. I had a brief scan of Carr Lane Pools from the car, but other than a selection of the expected ducks and a single Ruff there was nothing to lure me out of my car. 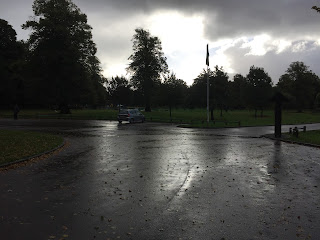 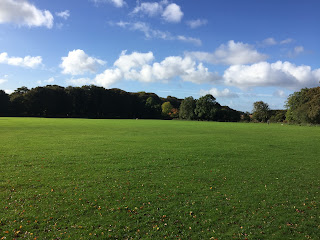 I was not overly hopeful that there would be many passerines around when I reached Hale Park, but was pleasantly surprised to find a Yellow-browed Warbler calling as soon as I opened the car door. I managed a few brief views of the bird as it fed among the canopy of the Sycamores, among a decent selection of Goldcrest, Long-tailed Tit, Coal Tit, Nuthatch and the more expected bits. Walking the edge of the park was fairly unproductive, with the wind making it difficult to see, let along hear anything. Heading into the main section of Hale Park revealed good numbers (although not to Spurn standards) of Goldcrest and a single Chiffchaff, whilst Treecreeper and Nuthatch were in much evidence. I flushed a Woodcock from almost beneath my feet by the gate entrance to the old football pitch (clearly I wasn't looking hard enough, annoying as it would have provided nice views on the deck). 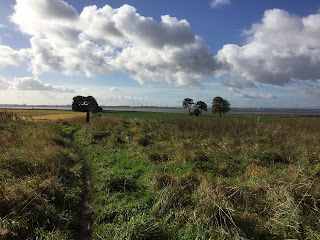 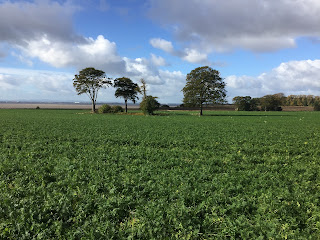 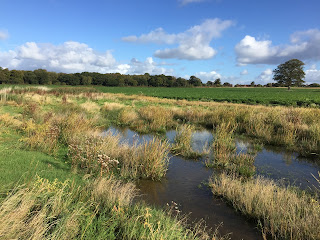 I spent the next hour trudging around the wet fields, rough scrubby areas, cut stubble and carrot fields with very little success. I managed to kick out a few Meadow Pipit and Skylark, whilst a small covey of Grey Partridge startled me for a moment! Even the vizmig was poor, with the winds clearly putting any potential migrants off. Reaching the wet area by the wooden bridge I flushed a couple of Common Snipe, followed by a Jack Snipe that shot up and headed straight back down onto the Shore behind me. 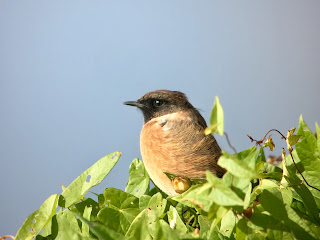 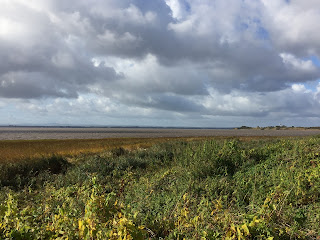 Walking Hale Shore was just as unproductive with only a handful of Meadow Pipit and 2 Skylark. A couple of Stonechat tried to lift my spirits, and one of the male birds perched up nicely for some pics. By now the tide was rushing in and I decided to find a sheltered spot to view the river from. Walking c.50 yards west of the wooden bridge I found a sheltered area, which at least provided a break from the wind (if not the rain). 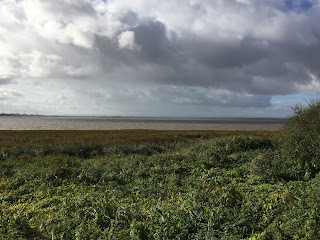 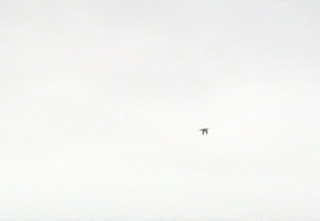 After a few fruitless scans of the Mersey I lifted my head up from the scope and used my bins to look at a few birds heading west about mid-channel but above the treeline. The first couple were Lesser-black backed Gulls, followed by a Common Gull, followed by another Lesser-black Backed, followed by.......a GANNET! I couldn't quite believe my eyes as I took a double take of the sub-adult Gannet heading west. Fortunately I managed to fire off a few pics (which just about exclude a Boeing 747), before I lost it behind the bush. My first patch record, and the first for a number of years (most of the records from Frodsham have involved dead/moribund individuals). 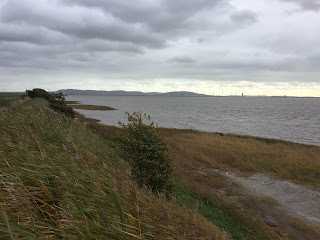 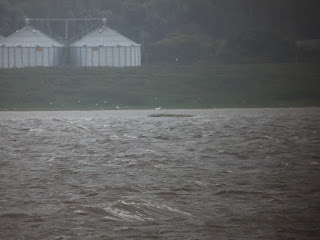 My expectation levels had clearly been raised far too much as over the next 4 hours I failed to pick up another seaduck, auk, diver or seabird. However the big high tide (forecast as 8.9m, but appeared to be well over 9m) did produce a few highlights. The flooded Ince Marshes/Gowy Gutter revealed at least 5 Great White Egret, along with a minimum of 24 Little Egret. Ravens were everywhere, whilst a juvenile Marsh Harrier ventured out onto the edges of the marsh. Wigeon number appear to be building nicely and there were c.300 birds being pushed around by the tide. Waders were moving around constantly, but not in great numbers - clearly they had found a drier area to roost? 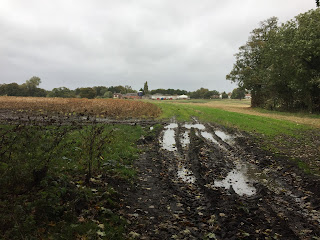 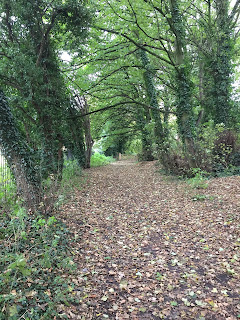 Heading back to the car through Hale Park was uneventful, though a nice group of 6 Lesser Redpoll were feeding in the weedy field opposite the farm. The wind by now was exceedingly strong and trying to hear anything was near impossible, a single Blackcap and a Chiffchaff were the highlights of a quiet walk back. 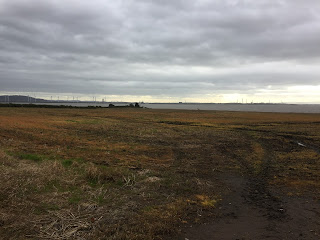 I decided to head round to check the Mersey from the end of Church Lane (hoping the height may help), but despite a further half hour scan I failed to pick up any seabirds....or anything else of note for that matter! Hopefully with further NW'lies forecast from the 27th, there is still a good chance of something being blown down onto patch. Sadly I think the Leaches Petrel "window" has firmly shut for another year (where have all of the September NW'lies gone over the last few years?!?!). 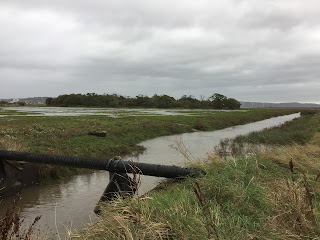 A brief stop on the bridge at Town Lane revealed a good number of Pied Wagtail and Meadow Pipit, along with a single Grey Wagtail feeding in the drier areas (of a rather flooded Hale Marsh). At least 6 Little Egret were feeding across the Marsh, whilst a Peregrine was sat on the edge of the decoy. A scan of the gulls produced a 2nd winter Mediterranean Gull, but the onset of another very heavy downpour made me think twice about getting out of the car. I was already cold, wet and tired so with the rain seeming to be fairly set in I headed home.