The frustration of being sat in work with news of migrants battering the east coast finally became too much with the news that Rob Cockbain had found not one, but two Yellow-Browed Warblers within the patch boundaries (one on Church Lane and one at Pickerings). I quickly arranged to leave work early, and headed out. It was bright and sunny, but there was a strong Southerly (which appeared to swing more SW as the afternoon wore on). 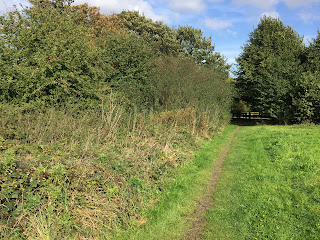 I was unable to speak to Rob before heading to patch, so wasn't too sure where he had seen the Yellow Browed, but decided to start checking the area by the car park (an area that I felt looked good on previous visits). No sooner had I arrived then I heard a Yellow-Browed Warbler calling away; my 199th species on patch and a continuation of the good start to October! It got better though as I picked up a second Yellow Browed as it had a little tussle with the first bird. At one point I was fairly certain that I had at least 3-4 birds, however they were very mobile, and it was difficult to actually tell how many there were. 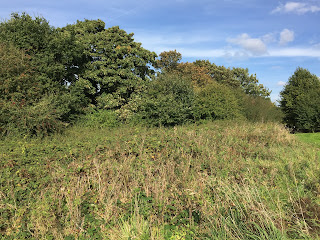 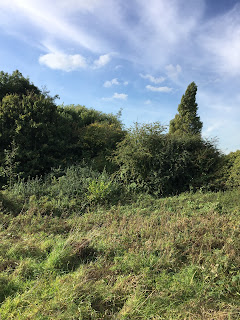 The whole area was crawling with birds, with at least 6 Chiffchaff (including a very pale washed out bird which sadly didn't stick around for long), 2 Blackcap and good numbers of Goldcrest, Long Tailed, Blue, Great and 2 Coal Tit. However everything was very mobile and the strong wind didn't help with attempting to get any pictures. Surprisingly there were still plenty of birds moving over as well with a single Brambling, 7 Siskin and 5 Lesser Redpoll the highlights. 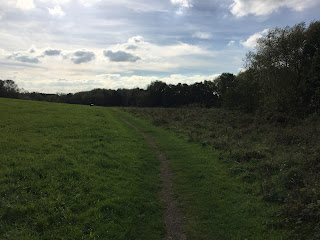 2 Little Egret flew over struggling against the strong winds. I was joined by Damian Young who had come down to look at the Yellow Brows, which had sadly disappeared about 10 minutes earlier and the whole area had gone rather quiet. We spent the next 45 minutes trying to find the flock of birds with no luck. Returning to the same corner we eventually heard a couple of Long Tailed Tits approaching, and shortly after 2 Yellow Browed Warblers moved through with the flock. 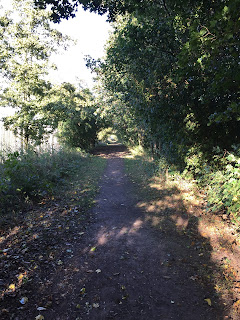 We were joined by Mike Roberts as we chased the flock over to the east side of the approach road, obtaining a few brief views of the birds as they moved down towards the Mersey. Iggy and Rob joined us as we followed the flock around, with a few frustratingly brief views being obtained of the Yellow Browed Warblers. The tide was slowly dropping revealing plenty of exposed mud for the Gulls, with some quite impressive numbers already building up. A quick check through didn't find anything of great note, but there were good numbers of waders on no mans land including 90+ Golden Plover, 300+ Black Tailed Godwit, 60+ Curlew and some decent sized groups of Dunlin and Ringed Plover. 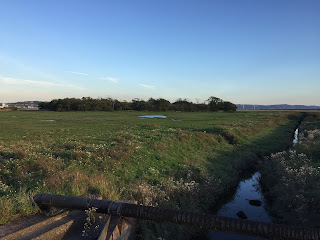 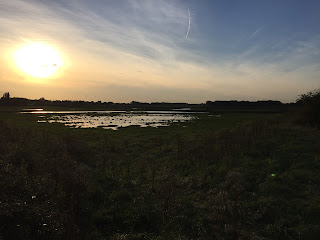 I had a brief stop at Town Lane on the way home, with a Kingfisher zooming away as I parked up on the bridge. The flooded area was relatively quiet with only a single Ruff, 7 Black Tailed Godwit and a good spread of Eurasian Teal and Mallard. A Little Egret flew towards the decoy and the Cormorants were making quite a racket. 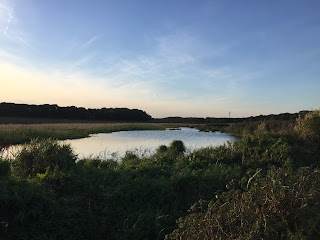 A quick stop at the flooded field along Carr Lane revealed the extent of the torrential rain from the weekend, with the area looking more like a lake than a shallow flood. I think that might finally put paid to any chances of a Crake this year!

So October has already proved to be a lot more productive than September, and with the continued deep E'lies there is a chance that even more may eventually end up on our side of the country....fingers crossed!