I managed to get a few hours on patch tonight, again my main aim to put some time looking for Crakes on the flooded field. It was another nice bright and mild evening, but as the sun went down and the wind took over it felt quite chilly again. There was a slight respite from the very blustery wind of late, but there was still a moderate westerly blowing. 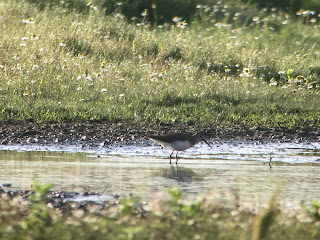 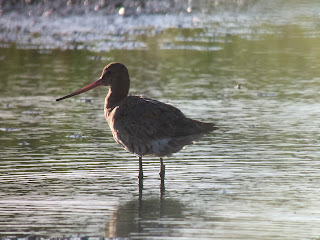 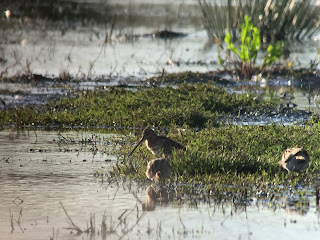 I bumped into Iggy at the flooded field and we enjoyed some good views of a Green Sandpiper, and the ever increasing numbers of Common Snipe. There were only 6 Black Tailed Godwit present, but contained the metal darvic ringed bird (with me managing to get a partial read of FS). Iggy picked up a Peregrine soaring over Great Boar Wood, whilst a few Common Buzzard were still on the wing. The flooded field was full of Moorhen and Coot, and the Green Sandpiper was having a little paddy when they came too close for comfort. 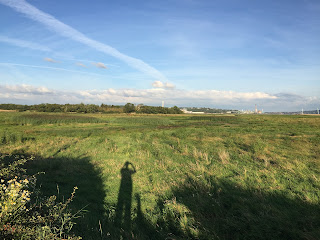 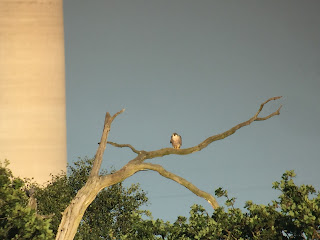 The main Pool viewed from the gate at Town Lane was again very quiet, other than a few Gadwall, 12 Eurasian Teal, Shoveler and a few Lapwing so I quickly wandered along Town Lane towards the wet fields. A 2cy Peregrine was sat on the edge of the decoy, whilst a further two could be seen sat on the top of the blue topped tower (so a minimum of 3-4 birds present at the moment). Whilst watching the Peregrine I noticed a white heron flying behind it. It turned out to be a 1st year Spoonbill (presumably the same bird that has been seen a few times at the start of the week). 4 Little Egret followed the Spoonbill into the decoy shortly after (I really need to arrange a dusk visit to the decoy soon!). 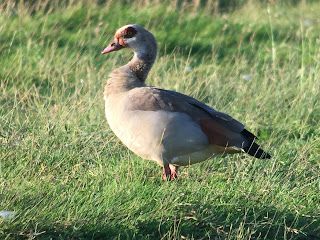 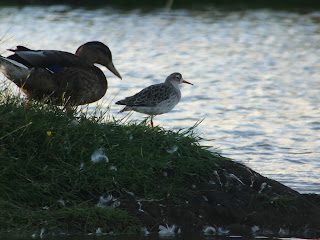 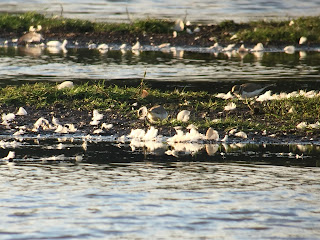 Turning my attention briefly to the wet fields I picked up the Egyptian Goose which was again showing well. A single Ruff, 6 Little Ringed Plover and 2 Snipe were enjoying the freedom of the pool, without any interruptions from the Godwits. There were a good selection of ducks with the female Tufted Duck, 9 Eurasian Teal, 17 Mallard and 2 Gadwall. A Kingfisher appeared briefly on one of the hawthorns at the back of the field, but sadly didn't sit still long enough for a picture. 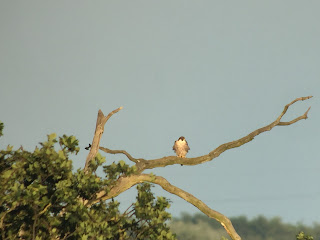 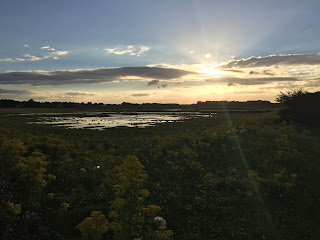 Turning my attentions back to Hale Marsh and the decoy I picked up a distant Wheatear along the fenceline, whilst a few Skylark and Meadow Pipits were still moving around. I was joined by Iggy again and we watched the decoy for a while as the sun edged its way down. A further 5 Little Egret came into the roost, whilst the roosting Cormorants continued to increase. The Stock Doves got more and more courageous and started to settle next to the Peregrine! A Great Spotted Woodpecker flew over the marsh heading towards Within Way, whilst I had a brief (very distant) view of the Little Owl bouncing between the branches of the tree on Within Way. With the light fading, I left Iggy and headed back to the flooded field on Carr Lane. 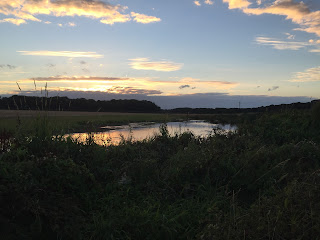 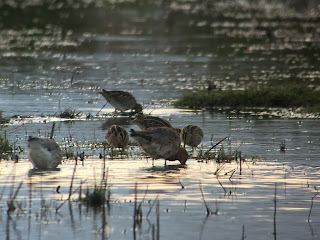 I spent the remaining daylight scanning the flood. Common Snipe numbers increased to c.25 birds, whilst the Black Tailed Godwit numbers were down to 5. A single Eurasian Teal and Shoveler were mixing it up with the Mallards, whilst Coot and Moorhen creeping in and out of the rushes and reeds kept me on my toes. A few Sedge and Reed Warbler were surprisingly still awake and feeding in the lower parts of the reeds. Sadly there was again no sign of any Crakes, and there was not a peep out of any Water Rail.

A really enjoyable evening on patch (even with another Crake failure), but it won't be long until the late evening patch visits will have to wait until next year. Make Crakes whilst the sun is shining, or something like that......