It was nice to get a mid-week visit in to the patch this week after an earlier finish from work. It was still a scorcher by the time I reached patch (hitting 25 degrees). There was hardly a cloud in the sky all evening, which at least meant it stayed a little lighter into the evening. With drift migrants starting to appear on the East coast I was hopeful that something may have made its way over (clearly I need to remember I live in the North-West......!!!). 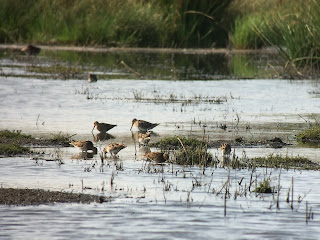 As usual I started at the flooded field on Carr Lane; there were at least 21 Common Snipe feeding out in the open, but other than 2 Eurasian Teal and the usual parties of Moorhen and Coot it was relatively quiet. Scanning around I found 7 Kestrel in the air, seeming actively feeding together (presumably a family party from close by). A couple of Common Buzzard were also on the wing, but it seemed very quiet. 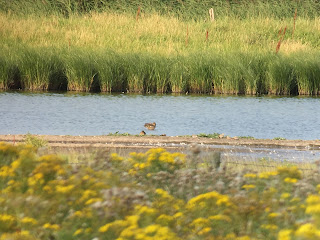 Moving round to the gate on Town Lane there were 4 juv Little Ringed Plover, 12 Black Tailed Godwit, and 17 Eurasian Teal spread across the Pool. The recent dry spell has clearly not been kind, with the previously good looking muddy edges appearing more like concrete (hopefully the forecast rain will soften them up again). A Hobby was dashing about over the top of Great Boar Wood,  but most views were too brief to age the bird properly. 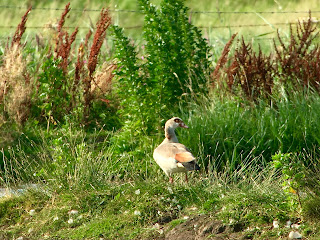 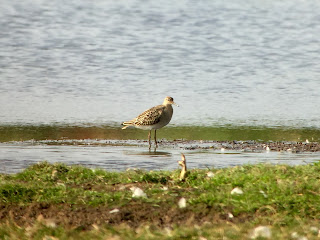 The usual suspects were present on the flooded fields along Town Lane with the Egyptian Goose extending it's stay. There were now 5 Ruff present (all small females - not sure where the males have disappeared to at the moment). A further 12 Eurasian Teal were present, but there was no sign of the Garganey today. Walking up to the bridge I managed to flush both the Green Sandpiper and Kingfisher (I clearly must have loud fat feet!). 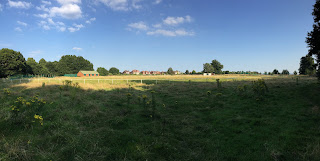 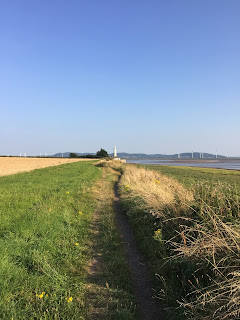 With the hope of migrants springing from every bush I decided to walk the loop through Hale Park and round to the Lighthouse. Hale Park and the football pitch was quiet to say the least with a couple of Chiffchaff, Nuthatch and Treecreeper the best of very little. The walk down to the Lighthouse was as bad with only a few Yellow Wagtail, Goldfinch and Linnet on the move. The tide was very low and there were loads of people about on the Shore, so rather unsurprisingly there were only a handful of Ringed Plover and Dunlin. The return walk to the car was even quieter....if that was indeed possible). 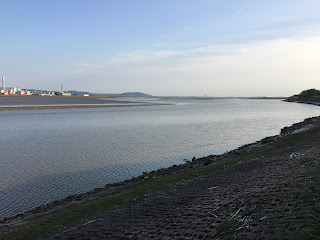 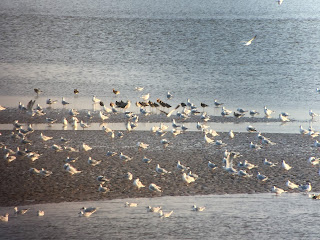 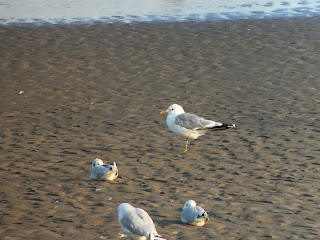 I continued on to Pickerings Pasture, in the hope that the waders from the Lighthouse may have been pushed down the river.....clearly I was just having a bad day! There were a few small groups of Black Tailed Godwits, Curlew, Lapwing and Redshank, but sadly no smaller waders. A single Common Sandpiper was feeding along the rocky shore, but that was about as good as it got. Gull numbers are starting to build but despite some good gatherings I failed to pick out anything even marginally out of the ordinary (although some of the Common Gulls were looking exceedingly smart). A group of 4 Bullfinch on the walk back to the car were nice, but it seemed like the patch was a migrant-free zone. 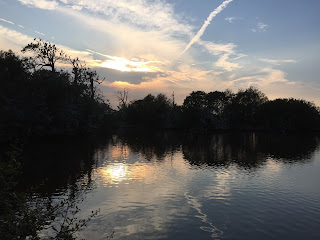 Parking up at the bridge on Town Lane I bumped into Rob Cockbain who invited me to pop over to the decoy for the evening roost. With some good birds of late (Spoonbill and Great White Egret) I wasn't going to turn the opportunity down. Although nothing rare ended up dropping into the roost it was awesome to hear and see c.380 Cormorants coming into roost, along with 6 Little Egrets (strangely 5 juveniles and a single 2cy bird). A Kingfisher whizzed around the main decoy pond, whilst there were also 2 Little Grebe and 7 Eurasian Teal. Below are a selection of pics from the roost. 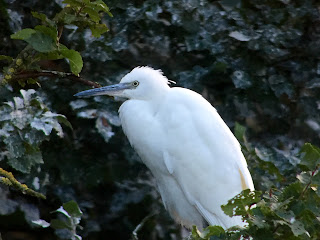 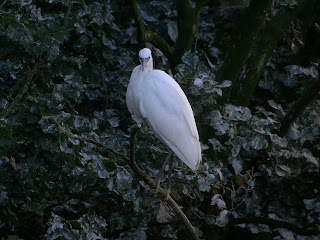 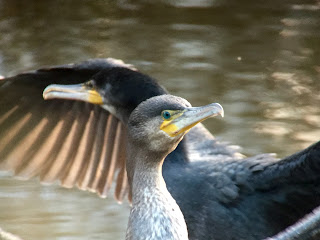 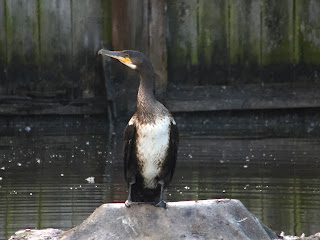 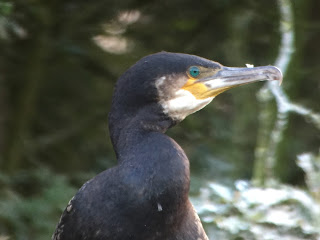 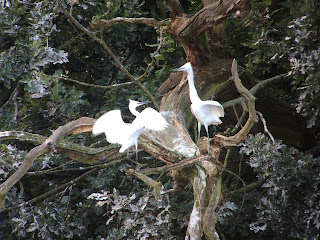 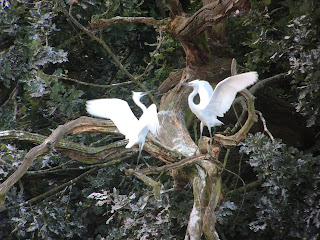 It certainly was an amazing experience to see this number of Cormorants. This year Rob has counted 102 nests, even more amazing considering that last year was the first successful breeding on the Decoy! Leaving the decoy a Common Sandpiper flew over our heads calling. A brief stop at the flooded field along Carr Lane again failed to yield any Crakes.....I think I may be running out of time.........unless that Sora decides to drop in!