Into the dying embers of July, so it would have been rude not to have got out onto patch for a bit. It was a generally bright and sunny afternoon, with the patchy clouds occasionally giving some respite to the harsh sunlight and haze. The blustery NW wind was actually quite cold, and meant the constant "jacket on, jacket off" scenario. 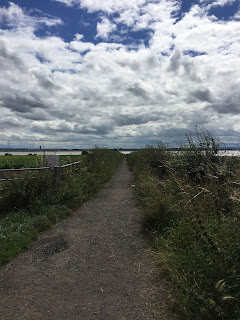 Rob Cockbain had a decent number of waders at Pickerings around the high tide mark; but Iggy had just left when I was heading out and said that it was dead, with all of the waders having dispersed further down the Mersey. With low tide fast approaching I thought I would give the Lighthouse a go. The track down to the Lighthouse produced loads of Yellow Wagtails, Linnet, Goldfinch and the odd Common Whitethroat. 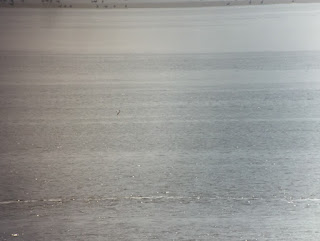 Reaching the Lighthouse the first bird I picked up flying west was an (adult?) Black Tern. I fired off a few shots, but the light and haze was horrific (as you can tell from one of the only "half decent" shots I got). Anyway a very unexpected patch lifer! The light was fairly poor from the west side of the Lighthouse so I moved to the east side, where I bumped into Rob and Carol Cockbain. They had been doing their civic duty of speaking to people (I'm clearly just rude....) and had missed the Tern. 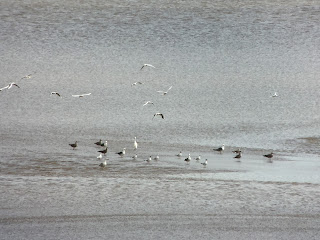 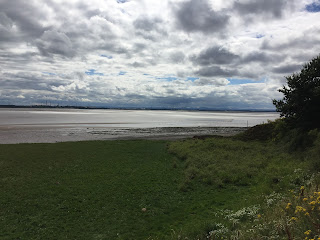 The tide was still on it's way out and small groups of Lesser Black Backed, Black Headed and the odd Common Gull were having feeding frenzies. A Little Egret joined one of the little parties, but that was pretty much the highlight. There were some good wader flocks on the far side of the Mersey, but were too distant to even positively assign to family let alone species. I attempted to scan the Score, but other than a few distant groups of Raven it was just too hazy. 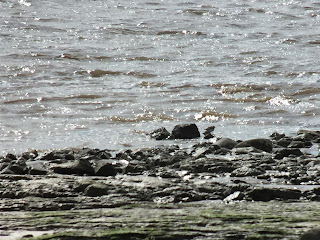 I eventually managed to pick up a small huddle of 12 Dunlin west of the Lighthouse, but sadly there was nothing more interesting hiding amongst them. The barley field behind me was a lot more productive though with Yellow Wagtail, Reed Bunting and Meadow Pipits constantly dropping in. A Peregrine powered over, whilst a couple of Common Buzzard were up over the top of Hale Park. I spent a little time watching the Yellow Wagtails but with constant walkers, cyclists, runners and dog walkers it wasn't easy to get any good shots. 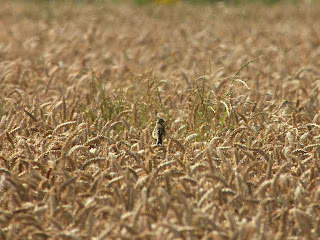 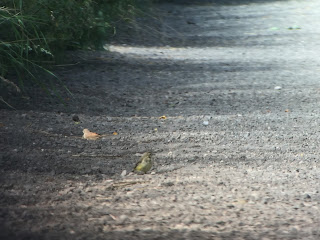 Moving round to Carr Lane Pools I parked up by the gate on Town Lane. There were still good numbers of Black Tailed Godwit (probably c.300 but no colour ringed birds), along with a single Little Ringed Plover and 3 Dunlin feeding close in. The Egyptian Goose had decided to join the Godwits on the main Pool today, and blended in surprisingly well to start with! Despite a decent scan I only managed to pick out a single Snipe, 4 Eurasian Teal and a single Shoveler. 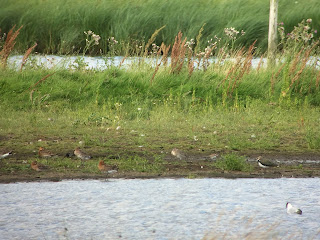 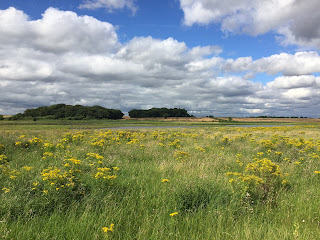 The flooded fields along Town Lane were crawling with birds, albeit the majority being Canada Geese and Black Tailed Godwit. However I did also manage to pick out a smart Knot, 3 more Dunlin, the Ruff with the gammy leg and a further Common Snipe. The majority of my time was then spent looking through the c.650 Black Tailed Godwit looking for colour rings (I'm starting to think I may be hooked.....). 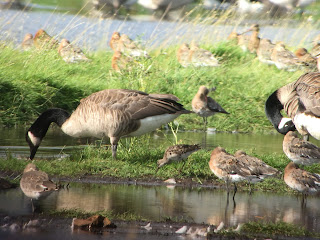 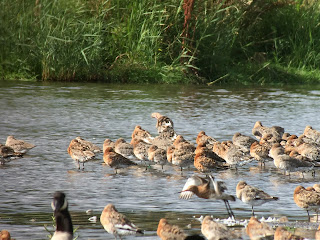 I relocated LB-GGf which was showing well. I have found out it was ringed in the Tagus Estuary in 2013 as an adult, it was subsequently seen in Vendee (Western France) in 2013 but this was the first time it has been seen in the UK. I found a further three colour ringed birds, but due to a mixture of water level and birds standing on one left I wasn't able to get any further full combinations. 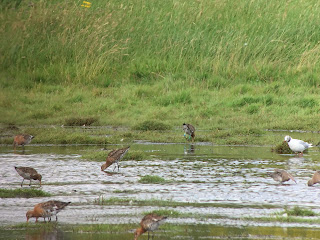 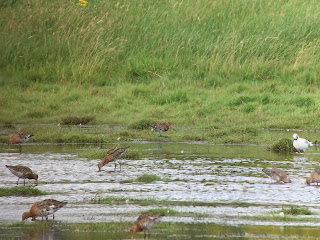 I decided to give Pickerings a look, hoping that the incoming tide might have pushed the waders up a bit further. Although it wasn't heaving there were c.400 Black Tailed Godwit, c.100 Dunlin and good numbers of Curlew and Redshank. At least 2 Common Sandpiper were feeding along the rocky edges. I decided to try and get a bit closer to the roosting waders....unfortunately a Police helicopter had other ideas as it swept low over the Mersey flushing everything (I was not best pleased). 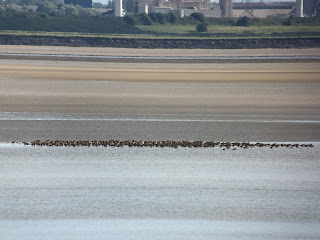 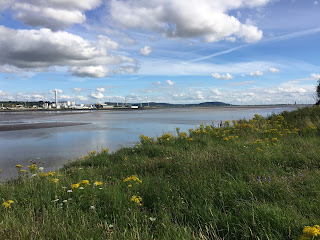 Although the majority of waders had been flushed there were still small numbers scattered across the mud. I was joined by Iggy and we had a good scan, producing 2 Whimbrel, a few smaller parties of Black Tailed Godwit and 31 Dunlin. Sadly the waders flocks hadn't decided to return by the time I had to leave, but it is good to see that wader numbers are on the increase. Certainly something to focus the mind over the next month or so.