Considering it is meant to be summer, it really didn't feel like it today. The overcast sky and brisk wind made it feel cold, but fortunately the early rain had stopped during the majority of my visit. With chores to do at home I wasn't able to get out until late morning, by which time Rob and Carol Cockbain had already found a few nice bits (eclipse Garganey and Green Winged Teal). 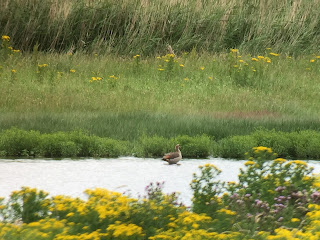 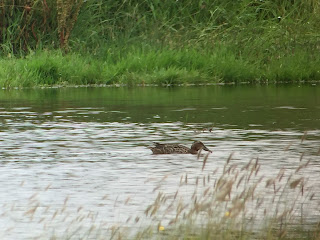 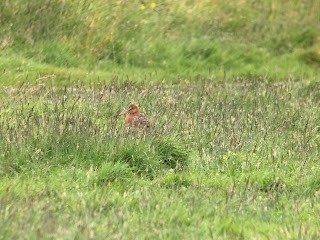 Walking along Town Lane I managed to get better views of the scruffy looking Garganey. The Green Winged Teal had also joined the throng of 16 Eurasian Teal feeding in the pools, but despite probably having my closest views to date it was remarkably difficult to phone-scope behind the vegetation! The large Black Tailed Godwit flock had dispersed (presumably to feed on the river) and only 2 birds were left today. Scanning the surrounding fields and the 1cy Hobby dashed through towards Great Boar Wood, and at least 3 Sparrowhawk were on the wing across the skyline. 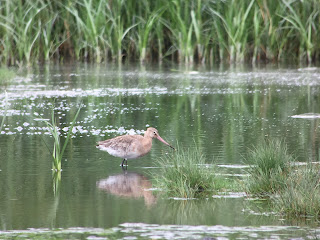 Hale Marsh held a few more Black Tailed Godwit, whilst the decoy was again full of Cormorant and a few Grey Heron. Scanning the edges of the marsh I was surprised to find a male Whinchat, a rather strange date (being well over a month earlier than most of the returning birds). There were also good numbers of Meadow Pipit and Skylark around, whilst a Sedge Warbler was still displaying in the field by the housing estate. 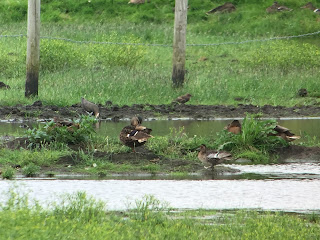 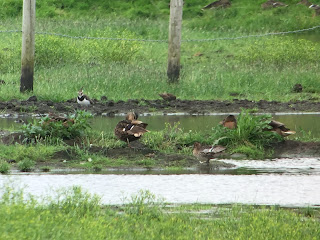 Returning to the gate I was pleasantly surprised to find a further Garganey which showed well, whilst actively preening. More duck had returned as well with 5 Shoveler, 7 Eurasian Teal, 19 Mallard and a female Tufted Duck (with 7 chicks). Moving round to Carr Lane I bumped into Iggy and we had a brief flight view of one of the Garganey, whilst the 1cy Hobby was hunting Swifts over the decoy. 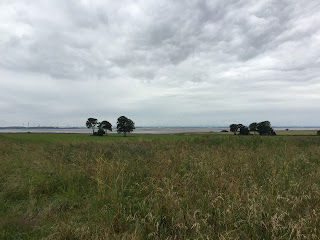 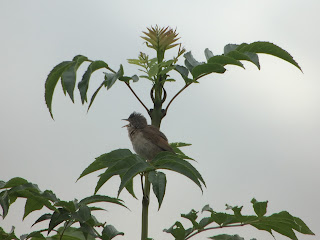 I left Iggy looking at the Garganey to explore Hale Park for the first time in a while. It was fairly overgrown everywhere, but there was a good selection of the specialities. Nuthatch, Treecreeper, Goldcrest and Coal Tit whilst there were Blackcap and Whitethroat everywhere, with smaller numbers of phylloscs. The fields towards Hale Shore held a couple of Grey Partridge and Mistle Thrush, but it seemed fairly quiet. The tide was pretty much at its lowest point and there seemed to be very little about, however scanning Frodsham Score I did pick up a Great White Egret (my first in a number of months). 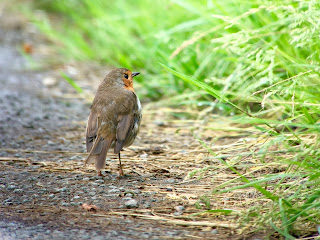 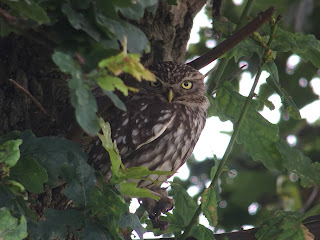 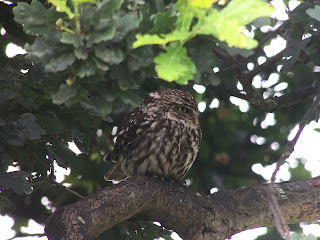 Within Way produced the majority of expected species with a good flock of c.150 House Sparrow, 30 Goldfinch, 20 Linnet and 15 Greenfinch. The Little Owl was showing well in it's usual tree, and it was great to hear the excitement in the voices of the couple who looked through my scope (it's never too late to get into birding!!) There were a number of Yellow Wagtails moving around, and the hedgerow at the edge of Hale Marsh held at least 6 juveniles. Scanning the river there were c.750 Black Tailed Godwit, c.200 Lapwing and 7 Dunlin, but with the clouds getting blacker and heavier I decided to make a tactical retreat back to the car. 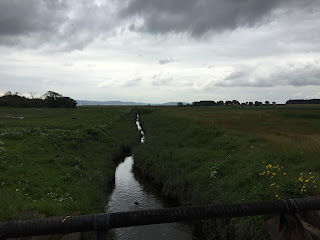 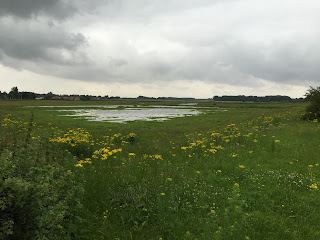 With light drizzle in the air I stopped at the bridge on Town Lane, where I caught up with the 3 Common Sandpiper that Iggy had found in my absence. One of the Garganey was still present on the flooded section and 15 Black Tailed Godwit had returned. Scanning the Marsh I suddenly heard a Sandwich Tern, looking up an adult bird sailed right over my head and towards Pickerings Pasture. Although not a million miles away from the roost I wonder where it had come from (it sounded like it had come from the direction of Great Boar Wood?!).  By now the rain was getting heavier and heavier and with no brightness or breaks in the cloud in sight I headed home.