Mad Dogs and Englishmen (and Patchbirders)

Tuesday had been a scorcher with temperatures up to 34 degrees making life in general a little sweaty and uncomfortable. Today was not quite as hot (28 degrees), but the humidity was through the roof. Most "normal" people would probably head for somewhere cool, but I decided to spend a bit of time on patch to see what the warm weather had brought in. 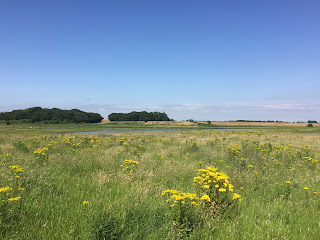 I headed straight to Town Lane I scanned across the Pools from the gate. There was a good gathering of Black Tailed Godwit again with c.700 spread across the site. Again the spread of the birds meant getting a true count near impossible. There was also a single Greenshank and Common Sandpiper mooching around, but remarkably difficult to see among the Godwit. Duck numbers were well down with no sign of the Garganey or any Teal. 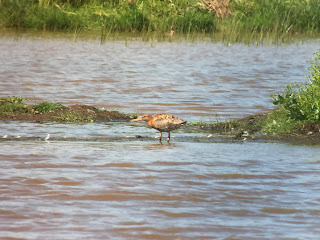 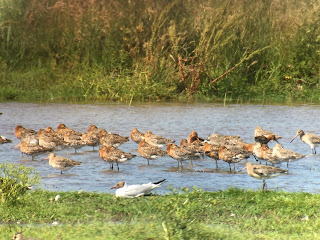 With little on show from the gate I decided to walk down Town Lane to view the flooded fields. I managed to find a colour ringed Black Tailed Godwit (it'll be interesting to get the results of where it was ringed in due course) among the hordes of other Godwits. There were also at least 4 Ruff doing their best to hide among the group, all appeared to be moulting males. There was one absolute monster which was at least the same size as the Black Tailed Godwit. 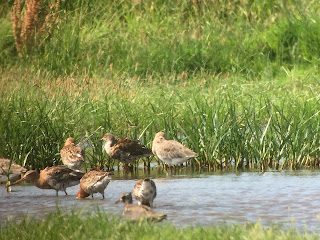 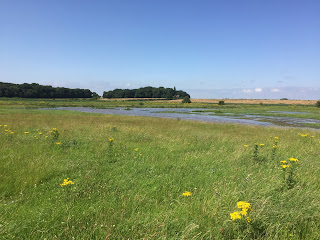 A single Snipe flew in and landed at the back of the flooded area, but the majority of my time was spent looking for further colour ringed Godwits. Looking across the road onto Hale Marsh there was a single Common Sandpiper in the brook. The decoy was a frenzy of Cormorants, whilst the Grey Heron youngsters appear to have fledged. A Sparrowhawk was circling over Great Boar Wood, whilst a few Common Buzzard were on the wing, but looking decidedly lazy in the warm sun. 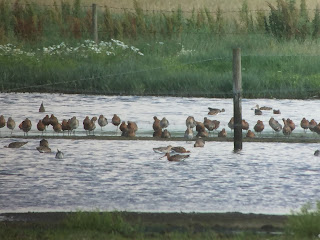 Moving round to Carr Lane I found a Green Sandpiper on the flooded field, but other than a few Coot and Moorhen there was little else that I could make out from various vantage points. I had a further scan across Carr Lane Pools, and had a moment of panic when I picked up a Godwit that looked on first views like a Hudsonian. Fortunately it raised it's wings seconds later revealing a clean underwing, and allowing my pulse to return to normal. 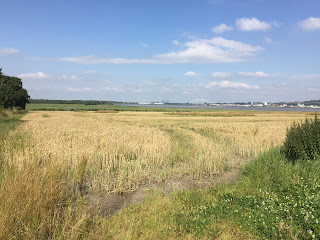 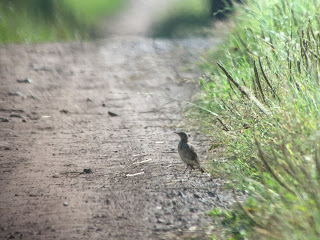 Moving round to Within Way it felt even hotter with little to no breeze to cool me down. Small numbers of finches were buzzing around including c.75 Goldfinch c.15 Greenfinch and c.30 Linnet. Whilst the sky was full of Swifts, House Martins and Swallows, with the odd Sand Martin thrown in for good measure. A couple of Meadow Pipit and Yellow Wagtail were making the most of the remaining puddles, on the way down but there was little else and the end section seemed dead compared to recent visits. 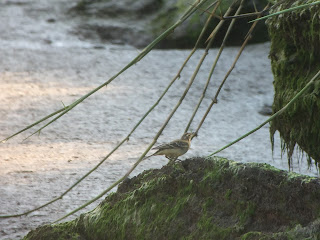 The tide by now was rushing out, and there were 4 Common Sandpiper on the rocky shore at the end of Within Way. A good spread of c.400 Black Tailed Godwit were feeding on the muddy areas, whilst Curlew numbers continue to increase. A distant female/imm Marsh Harrier was feeding over Frodsham, and good numbers of Raven were wheeling around. However the heat haze was fairly horrific, making scanning difficult. A juvenile flava Wagtail dropped in by me for a moment, but otherwise it was quiet. The return walk produced a Peregrine circling up in the stratosphere, and a few Common Buzzard, but it seemed like the majority of birds were having a siesta. 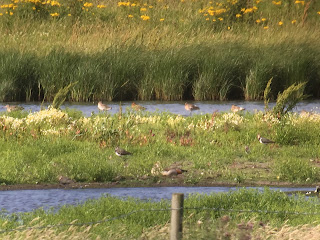 Another quick look around Carr Lane resulted in the reappearance of the Egyptian Goose, whilst small parties of Black Tailed Godwit were constantly leaving the Pools towards the Mersey. With little else new in and having lost a stone in weight from the sauna-like conditions I decided to head home.