The sun had at last returned and provided a bit more warmth to proceedings, however the blustery cool westerly still made it feel cold out of the sun. The return of the sun also meant a return of the heat haze....I thought I best get my excuses in before I post any pictures! 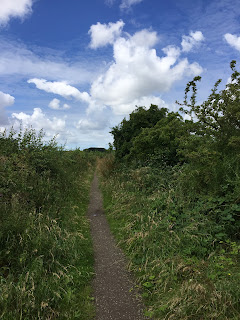 I decided to start on Within Way to have a look for a couple of Redstarts that Iggy had found last night. A couple of young Grey Wagtail were feeding in the farm entrance, whilst plenty of Goldfinch and Greenfinch were on the move. The House Sparrow flock seems to be building further with c.200 birds today. There was no sign of the Little Owl, but I did flush a Green Sandpiper from a small puddle nearby (why do they always go for the smallest puddle and overlook great big areas of suitable habitat?!). 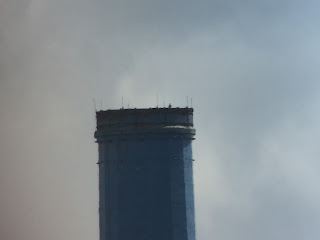 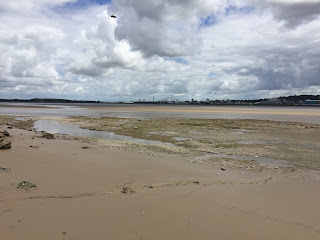 Continuing down Within Way I eventually stumbled across the Redstarts, however to say that they were skittish would be an understatement. Waiting for them to show again I picked up a Lesser Whitethroat working its way along the hedge. Failing to see the Redstarts again I continued to the Mersey, which was nearing low tide. The Peregrine was sat on top of the blue topped chimney, but the Mersey itself was fairly dead and the strong haze made identification of anything on the wrong side of the Mersey near impossible. 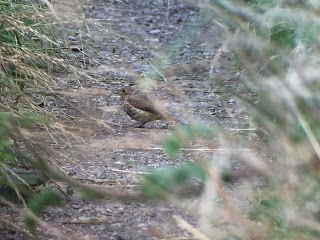 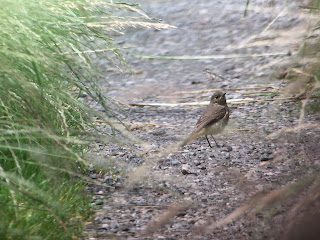 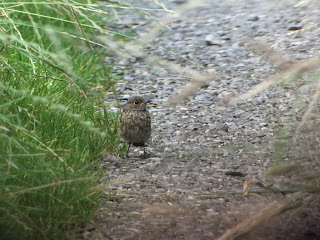 Deciding to give the Redstarts a little more time resulted in some marginally better views, but the overgrown vegetation made getting clear views very difficult. They are both clearly recently fledged birds, but where they have come from is anyone's guess. A pair of Corn Bunting were singing in the barley field, and c.6 flava Wagtail were buzzing around again. A couple of Buzzard and Sparrowhawk moved over, making the most of the slightly warmer conditions. 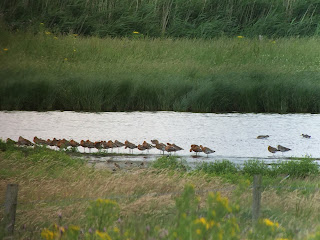 Moving back round to Town Lane it was pleasing to see that the Black Tailed Godwits had returned, with roughly 600 birds spread across the pools. The Egyptian Goose was again present, as was the family party of Tufted Duck. An adult Hobby was zooming around Great Boar Wood, whilst a Buzzard was staking it's claim to the dead tree. There were only small numbers of Mallard and Gadwall present on the Pools, and no sign of anything more interesting. 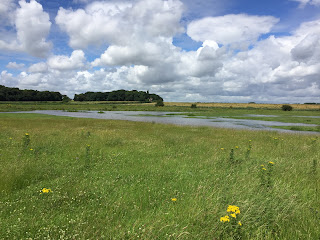 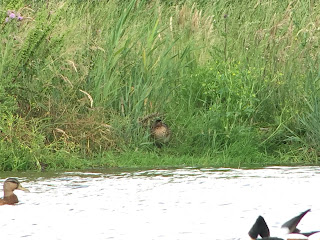 Wandering along Town Lane I eventually picked out a female Garganey asleep on the edge of the pools with a couple of Eurasian Teal, but there was no sign of the eclipse males or the Green Winged Teal. A Common Sandpiper was again by the bridge on Town Lane, but Hale Marsh was again relatively quiet other than the ever present Meadow Pipits and Skylark. 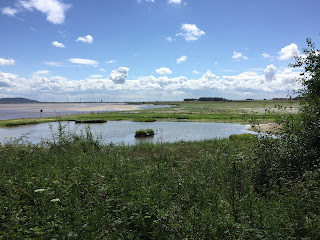 Despite it being low tide I thought I would check out the small gathering of Gulls at Pickerings Pasture. The walk down to the hide provided good views of a Goldcrest family, along with a few Blackcap and Whitethroat. A Great Spotted Woodpecker flew over, whilst a few small groups of Long Tailed Tits moved through. A Chiffchaff (with an almost entirely grey cap) was feeding just outside the hide, but that was about as exciting as it got. The 3 Little Ringed Plover were still feeding out on the Marsh but the small group of Black Headed Gulls didn't hold anything. 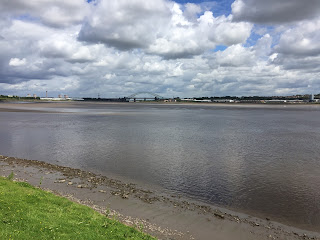 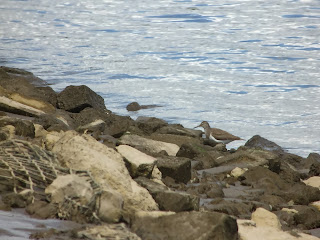 The Mersey itself was a lot more productive with a minimum of 12 Common Sandpiper feeding along the low tide line. A Greenshank was feeding on the edge just below the scrape pool with a small party of c.17 Redshank. Curlew numbers are increasing by the day with c.300 spread across the mud, with a small group of c.70 Lapwing. Gull numbers were also quite impressive, with a probably adult Yellow Legged Gull which was sat just a little to far away in the haze to be 100%. But with time running out I had to make a quick dash back to the car.

An enjoyable patch visit with some surprisingly good birding considering the time of year, hopefully things will only get better.....