After yesterdays dismal patch visit I was confident that things could only get better.....oh how wrong could I be! The weather wasn't much different, but the wind had picked up further (raising my expectation levels that terns would be flooding down the Mersey) and despite a brighter start the clouds quickly started to roll in. 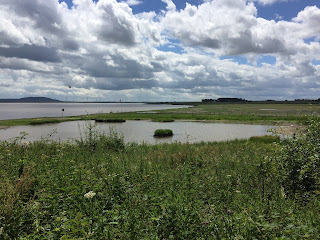 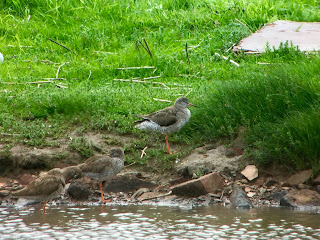 Although I had missed the high tide I headed to Pickerings and was hopeful that there may be a few birds remaining.....and there were indeed few birds remaining! A group of 5 Redshank were huddled together on the small scrape. The post-breeding Lapwing flock was at a stable 86 birds, and the 17.9 billion (rough estimate!!) Canada Geese took over the marsh. 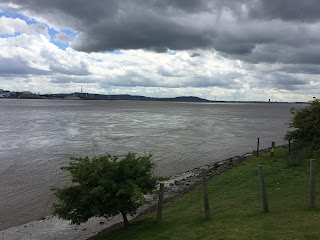 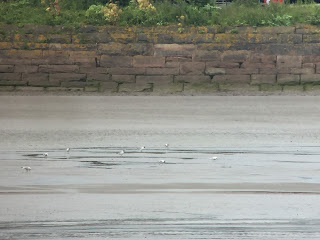 The Mersey itself was again very quiet with only a single Dunlin and 2 Black Tailed Godwit among the 70+ Curlew and smaller groups of Lapwing and Oystercatcher. The gull numbers are starting to build with large numbers of Lesser Black Backed Gull with smaller numbers of Herring and Great Black Backed. Among the smaller gulls contained the leucistic Black Headed Gull (which stuck out like a sore thumb even at a distance). Having depressed myself enough I headed back to the car, getting caught in a torrential downpour (clearly my luck is not improving!). 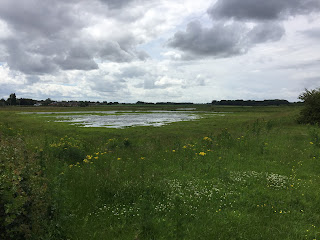 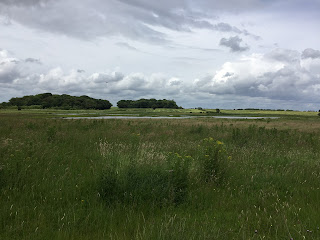 A single Little Ringed Plover was on the roadside pools along Town Lane, but the pools were eerily quiet. The main pools from the gate on Town Lane were just as quiet with only the (now resident) Egyptian Goose, 2 Shoveler, 7 Eurasian Teal and 12 Mallard providing anything to look at. Despite spending a bit of time hoping that something would emerge from the vegetation I failed to locate anything of note. 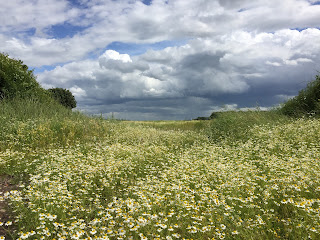 Within Way was again rather quiet, but it was nice to see c.200 House Martin feeding along the edge of the first copse. There were next to no finches about today, with only small numbers of Greenfinch and Goldfinch. House Sparrow numbers seem to be up on the last few years, with good numbers feeding around the far. A few Yellow Wagtail were flying around, but none stuck around to assign to race. 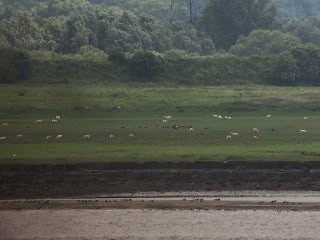 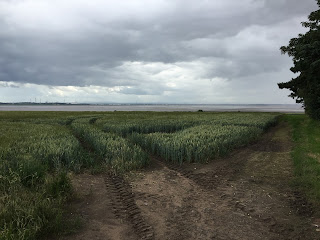 With the clouds starting to look more ominous I headed to the end of Lighthouse Lane to give the Mersey another go - surely the approaching storms would blow something along....!! Raven numbers looked impressive on the Score, feasting on the carcasses of the less fortunate sheep. A single Little Egret was sat on it's own while I managed to pick out a distant male and female Marsh Harrier. There were c.80 Black Tailed Godwit feeding on the Mersey just under the Score, but the expanses of mud and sand were surprisingly devoid of other waders. 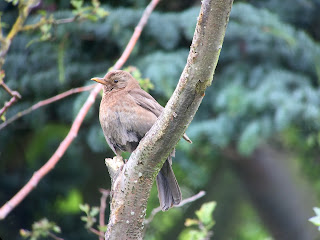 The approaching torrential rain (which reduced visibility to near zero) failed to push anything up the Mersey ahead of it, and with little prospect of the rain stopping I headed home. It really is hard going at the moment, but it is surely only a matter of time before things start to pick up.