After a fairly miserable day weather-wise it turned out to be a lovely evening. The cloud and rain had given way to dry and bright conditions, although the wind had picked up substantially (which actually made it feel a little cool at times). It was depressing to see how much daylight we have lost in the last couple of weeks though, making later night visits harder. 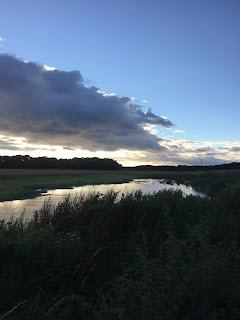 Reaching the flooded field on Carr Lane it was straight back on the car roof....maybe I should do what a few others have done and brought some small step ladders down?! The Glossy Ibis was still present and showing well only c.10 meters away. However the light wasn't great and again it was phone-bin pics only! The wet field also held a single Green Sandpiper, along with a few Lapwing, Coot, Moorhen and Mallard. 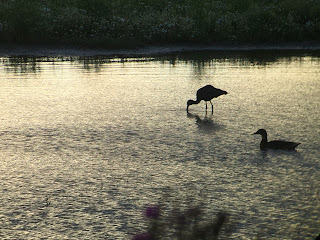 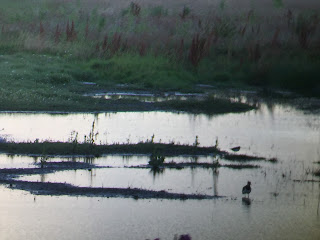 I was joined by Paul Booth and we enjoyed some good views of the Glossy Ibis on his step ladder (note to self, put a step ladder in the boot!). I kept scanning the edges, which look more and more tempting for a Crake of some sort, sadly despite a good search nothing appeared. With limited light available I headed round to Town Lane. 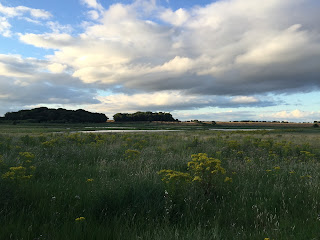 The Pools were remarkably quiet with only a single Black Tailed Godwit, the Egyptian Goose and c.50 Canada Geese. It is hard to believe that a few hours earlier (during the high tide) the area was crawling in waders. A Great Spotted Woodpecker flew over Great Boar Wood, and a male Kestrel was feeding over the house, but it felt very quiet. 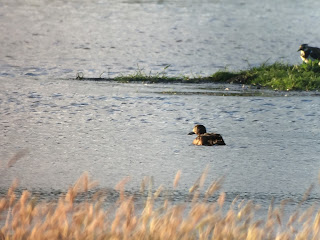 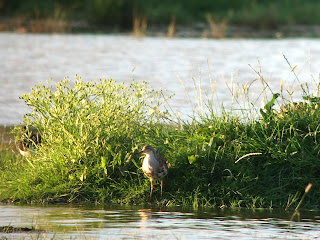 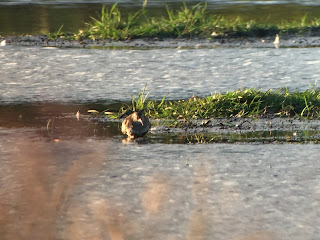 The wet fields along Town Lane were a little more productive. A small group of duck that I flushed from below my feet including an eclipse male Garganey, along with 12 Eurasian Teal and 5 Gadwall - frustrating as they probably would have been showing very well. There were singles of Ruff, Dunlin, Little Ringed Plover and a female Tufted Duck. 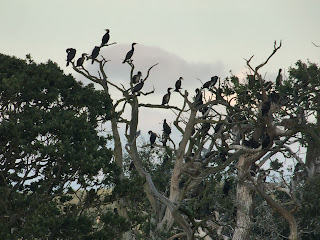 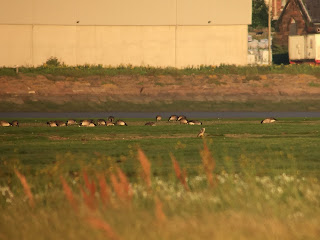 Two Peregrine were sat out on Hale Marsh (an adult and the presumed 2cy bird), ensuring that the Canada Geese were a little more wary. The Cormorant roost on Hale Decoy is getting more impressive by the week, with c.170 birds roosting tonight. A single Little Egret and 3 Grey Heron joined the Cormorant party, whilst good numbers of Stock Dove jostled for position. 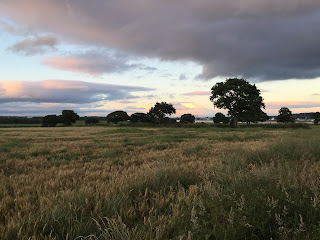 I thought I would have time to walk down Within Way, but after a slight distraction of the Little Owl, I quickly realised that the light would have made the walk a waste of time. A number of passerines were already going to roost, with at least 15 flava Wagtails heading over towards the Barley fields. 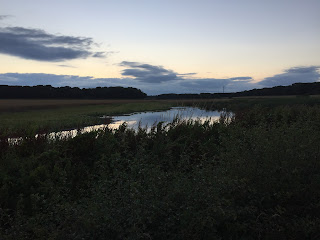 I decided to head back to the flooded field on Carr Lane to spend a little more time with the Glossy Ibis. It was still present and feeding well very close to the road (again from the roof of my car). There were now 2 Green Sandpiper feeding out in the open, whilst Coot and Moorhens were emerging from the reedy fringes (it seriously feels good for a Crake!!). Whilst scanning the pool I picked up a cracking Barn Owl heading up towards Burnt Mill Farm, my first on patch since the end of January. To finish off the evening Owl-fest a Tawny Owl was hooting from the woods in the direction of Ramsbrook Lane.

A very enjoyable brief visit to the patch, with the flooded field looking very enticing. Roll on the next patch visit, maybe some of the Burton Mere Spotted Crake may make the trip across the water.......