Highs and Lows (and Low Highs)

Having successfully dodged the early morning downpours, and twitched "Paw Patrol" at Knowsley Safari Park I was able to get a few hours out on patch. Despite the overcast conditions it thankfully remained mainly dry, the wind had picked up to quite a strong south-westerly but it was still surprisingly mild. 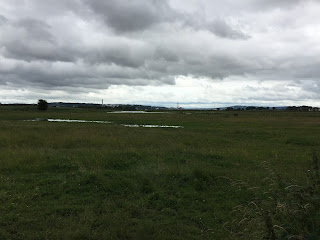 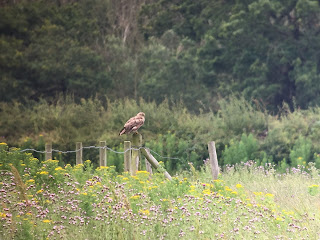 I headed straight for Carr Lane, parking up by the gap in the hedge. Scanning across towards the Pools I was struck by how quiet it looked, with just a handful of Black Tailed Godwit present and very little else. The Common Buzzard sat on the fenceline on the edge of the Pools, probably was the reason why it was so quiet....!! A Great Spotted Woodpecker flew out from Great Boar Wood and towards Hale village, but with little else present I decided to move round to Town Lane. 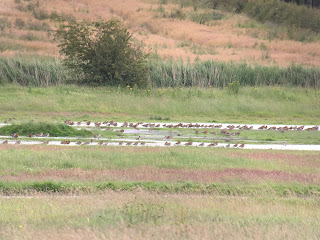 The main Pools from the gate were equally quiet with a few more Black Tailed Godwit and a Lapwing. The 1cy Hobby dashed over towards Great Boar Wood, sadly not stopping in the dead tree today. However scanning over towards the flooded fields by Town Lane I was delighted to see c.650 Black Tailed Godwit spread out across the flood. Numbers have been depressingly poor this year (in comparison to previous years) - possibly due to the lasting effects of a high tide flood last year. 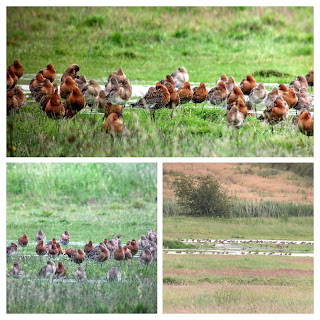 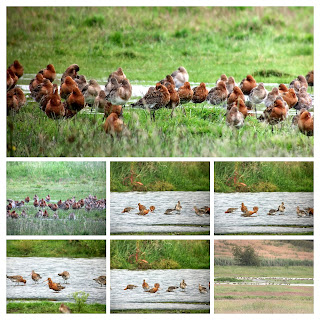 Despite a good look through there didn't appear to be anything rarer present, but it was great to see the variety of moult and ages among these islandica. In addition to the Godwits, there were also 4 Gadwall, a Shoveler, an eclipse Tufted Duck and 2 Redshank. Hale Marsh was equally quiet with only a single Little Ringed Plover on one of the distant pools. Returning to the car I had another quick scan over the Pools. Surprisingly there were now good numbers of duck present - 12 Eurasian Teal, 3 Shoveler, 12 Gadwall and 7 Mallard (although having not seen them fly in I'm not entirely sure where they had appeared from!?). 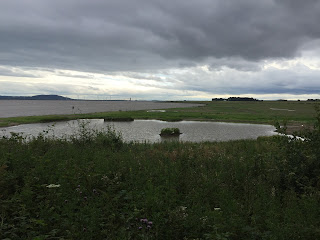 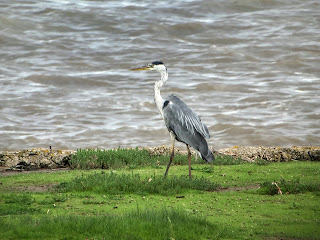 Despite the lower high tide (just over 7m) I thought I would give Pickerings a look. The track down to the hide held a couple of Bullfinch, Goldcrest and a sudden explosion of Blackcaps (presumably recently fledged birds testing out their vocals). Reaching the hide there was a poor gathering of c.50 Black Headed Gull, 24 Redshank and a single Grey Heron.....hmmmmm not looking great! As is often the way with the lower tides, there is still plenty of exposed mud on the section towards the Runcorn Bridge. 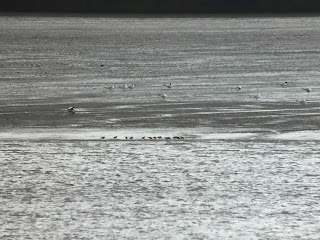 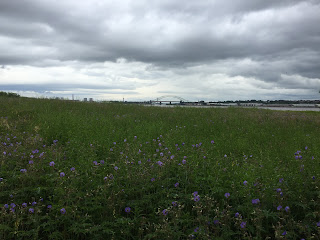 Today was no different with plenty of Gulls spread out across the mud. A small party of 14 Dunlin, c.100 Curlew, c.200 Black Tailed Godwit and good numbers of Lapwing made it feel like there was at least birds moving through. 7 Tufted Duck flew out of the Ship Canal flushed by the dredger, whilst further scanning resulted in 2 Pochard (a surprisingly good patch bird - although relatively common on the Frodsham side!). 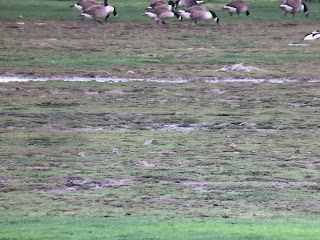 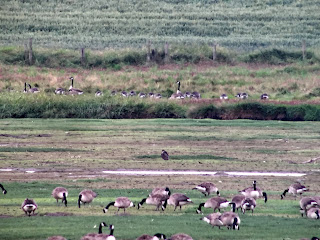 Returning to the hide the gull roost was at least starting to fill up a little more. It struggled up to c.250 Black Headed Gulls, but sadly there was nothing more interesting in the roost today. There were 3 Little Ringed Plover out on the wetter areas of the marsh, whilst a juvenile Peregrine was sat out in the middle surveying the Canada Goose hordes. A Sparrowhawk soared over in the blustery wind, but with the tide on the turn and no sign of any waders or gulls arriving I moved on. 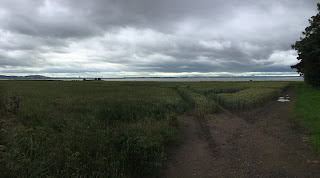 I had a brief scoot round to Lighthouse Lane in the hope that there may be a tern or something on the move. A female Marsh Harrier was quartering the back of Frodsham Score, whilst 2 Little Egret were stalking the wetter areas. Ravens were again well represented, keeping a watchful eye on some of the Canada Goose goslings. Despite a fairly thorough search of the river I failed to turn up anything of note.

A fairly slow patch visit, but at this time of year it can be very hit and miss (invariably more miss than hit).