An earlier than expected finish at work meant that I had a few hours to play around with. Not one to miss a chance to get some birding under the belt, I shot home and headed straight down to the patch. The weather was a little cloudier than yesterday, and the wind had also dropped making it feel a lot warmer; almost to the point that it felt quite muggy. 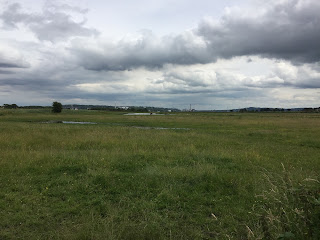 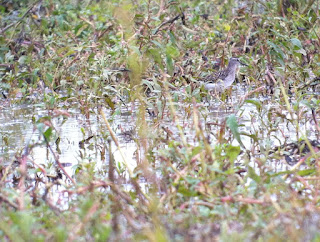 I gave Burnt Mill Farm a miss and instead headed straight down to the bridge on Carr Lane. The flooded field (or what I could see) was empty other than a few Coot, with no sign of yesterdays Green Sandpiper. Moving across the road to scan Carr Lane Pools I was pleased to find a Wood Sandpiper feeding just in front of me. There has clearly been a bit of an influx in the last 24 hours with 3-4 birds reported locally. 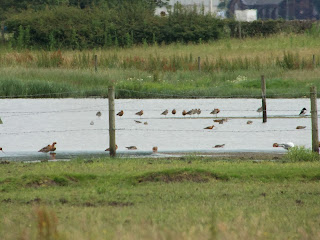 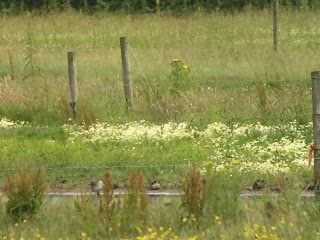 Looking out onto the Pools I counted at least 83 islandica Black Tailed Godwit. The ducks had again returned to the Pools with 7 Gadwall and 12 Eurasian Teal. While looking through the Teal I picked up the male Green Winged Teal returning (or just emerging from the thick vegetation?!) after an absence of a couple of weeks. I bumped into Geoff Bond and we had a quick catch up whilst keeping an eye on the Teal. 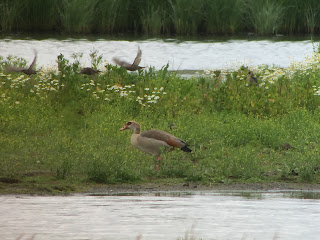 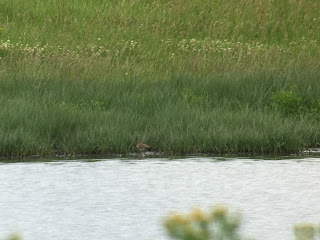 Moving round to Town Lane I met up with Rob and Carol Cockbain again. The Green Winged Teal wasn't the only returner today, with the Egyptian Goose again putting in an appearance after its brief flirt with the "Frodders" boys yesterday. A Snipe was walking around in the open at the back of the Pools and is the first bird I have seen for a few months. But other than the Black Tailed Godwits though there was little else present. The Hobby had disappeared from the dead tree at the back of the Pools, being replaced by a Common Buzzard, and there was sadly no sign of the Turtle Dove. 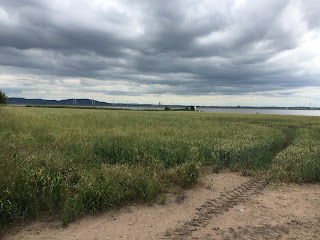 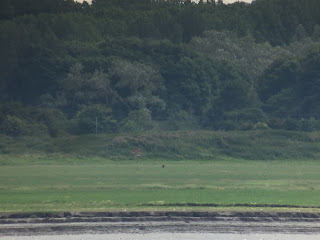 With limited time left I decided to head to the end of Lighthouse Lane to have a scan of the Mersey and Frodsham Score. A female Marsh Harrier was feeding along the edge of the Score, whilst there were again some impressive numbers of Raven feeding on the sheep carcasses. A distant Peregrine was whizzing around the factories, and a Sparrowhawk was soaring over Ince Marshes. There were good numbers of Black Tailed Godwit on the move, and a couple of Whimbrel flew west. I picked up a group of 6 Wigeon on the front edge of the Score, although I'm not sure whether they are Summer stragglers or very early returners. 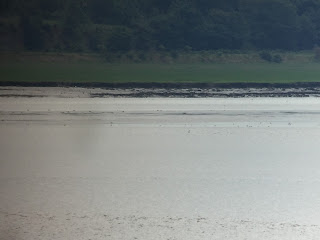 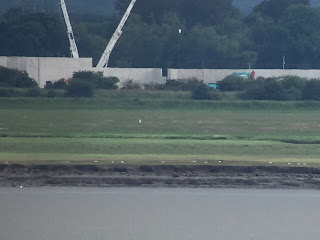 A good number of gulls were moving west up the Mersey throughout, and I was pleased to pick up my 3rd Arctic Tern of the year moving through with them. Although a surprise, in hindsight I'm not sure why I have not tried scanning for terns from here previously. The majority of terns that I have seen have been in the high tide roosts at Pickerings, and always leave to the west about an hour or two after high tide. Maybe something for me to consider over the next few weeks.... 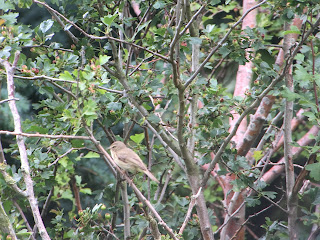 A Chiffchaff was in sub-song in the end garden by my vantage point, but there was surprisingly very few passerines about. With time running out, and the numbers of gulls dropping off I thought I best head home.

So after a month of pretty dire patch birding things finally appear to be improving. Reverse wader migration seems to be kicking in, and with the Pools looking in good shape it promises to be an interesting couple of weeks.....fingers crossed (and I realise I have probably just jinxed myself)!