A day off from work, and that could mean only one thing - a spot of patch birding. The rain had cleared and left some nice bright skies behind it, however the cool north-westerly kept the temperature down. The last "higher" high tide for a couple of weeks (just over 8m) meant that whatever happened I wanted to have a good look at the high tide roost at Pickerings. 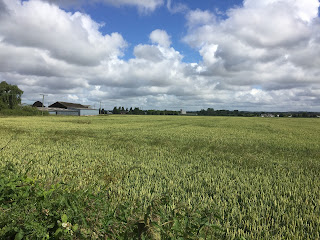 I hadn't stopped at Burnt Mill Farm in quite some time, so it was nice to catch up with a single Corn Bunting again. There were at least 3 juvenile Yellow Wagtail buzzing around the garden, whilst good numbers of finches (mostly Goldfinch and Greenfinch) were on the move. A single Common Buzzard was mewing high up in the clouds, and a male Kestrel was making the most of wind (clearly making it easier for it to hover). 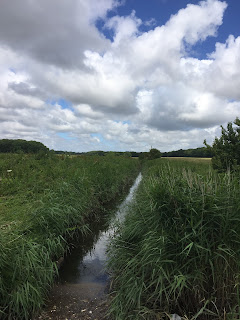 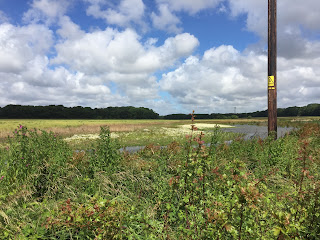 Stopping by the bridge on Carr Lane I bumped into Paul Long and had a bit of a catch up. We enjoyed some high flying views of a Hobby before he headed off to check other parts of the patch. A Water Rail was squealing from the flooded field, but the vegetation was making any views of the flood impossible. Clambering onto the roof of my car (don't try this at home kids!!) I was rewarded with a Green Sandpiper that was feeding along the near edge of the flood, but optimism quickly faded as there was little else present. 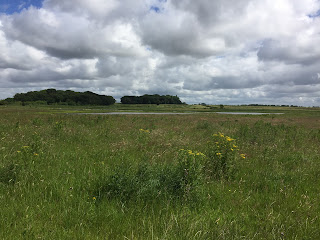 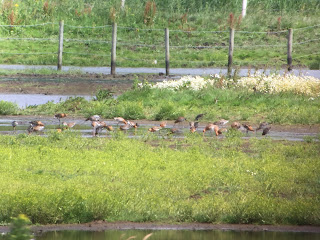 Moving round to Town Lane I was pleasantly surprised to find a minimum of 132 Black Tailed Godwit (islandica) feeding across the Pools; this is by the far the largest gathering of the year (although well down on the 1000+ birds that are normally present). Other than that the Pools were decidedly quiet with no ducks (other than a few Mallard and the Shelduck family), no Egyptian Goose and only a handful of Lapwing. 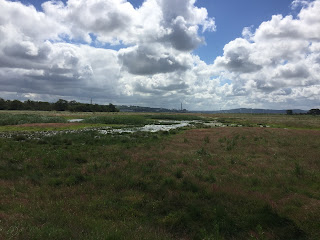 Hale Marsh was equally quiet, surprising given how good the area looks at the moment. The only activity was the vast numbers of Swift and House Martin feeding over the area. The decoy seems to be clearing out with only small numbers of slow to fledge Cormorant left. Walking back to the car I thought I would have one more quick look at the Pools before moving on, and I was glad I did! 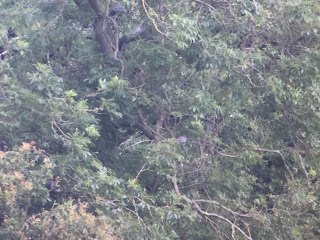 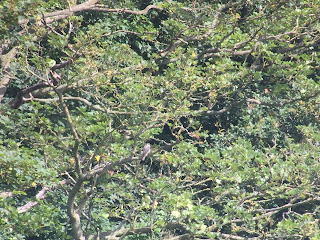 I picked up a 2cy Hobby sat in the dead tree on the edge of Great Boar Wood, probably the best views I've had on patch this year (the photos don't do it justice due to the heat haze!). I spent a while trying to get some decent photos (which I clearly failed to do), but on panning to the right of the Hobby I was gobsmacked to find a Turtle Dove  sat out on a dead branch! Not only a patch tick but a full fat County lifer to boot! Again distance and haze reduced the chance of getting any decent photos sadly, but I got good scope views as it edged its way up the branch. 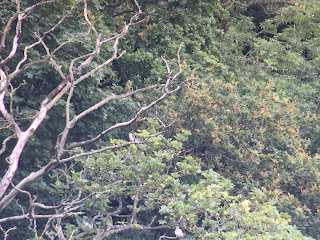 I was joined by Rob and Carol Cockbain about 15 minutes after I found the Turtle Dove but it had sadly moved out of sight. However we were treated to great views of another 1cy Hobby, which joined the 2cy bird in the same dead tree. Despite spending a while checking every Stock Dove and Woodpigeon we couldn't relocate the dove, which presumably chose to stay in the thicker cover. 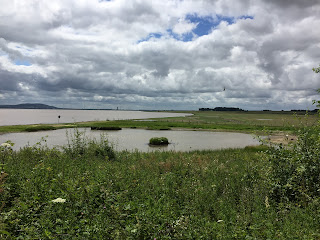 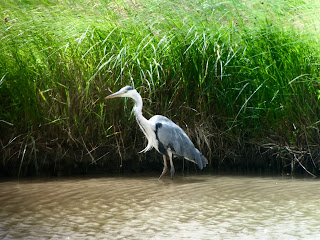 Not wanting to miss out on the high tide I quickly made my way to Pickerings Pasture, parking up at the entrance to the United Utilities plant. The track down to the scrape was relatively quiet, except for a pair of Bullfinch and solitary Blackcap. On reaching the screen I was pleased to find a family of Treecreeper (not very common away from Hale Park) and a couple of Goldcrest. 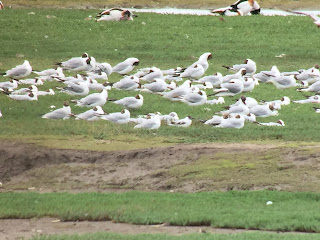 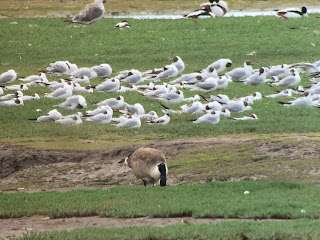 I was pleased to see a much better high tide gathering than of late with c.600 Black Headed Gull to sort through. I quickly picked up a 1st summer Little Gull (a relief as I was wondering whether I would actually dip them this year). A single Common Sandpiper fed along the edges of the river bank, but waders were in pretty short supply other than c.200 Lapwing, 20 Redshank and 20 Curlew; whilst 3 Little Ringed Plover were feeding further out on Hale Marsh. I was again joined by Rob and Carol and soon after I picked out a further 2nd summer Little Gull. Again the haze made any decent photos difficult, but you get the idea. Despite our best efforts we failed to pick up anything further of note, or any terns that I had initially been hoping for. 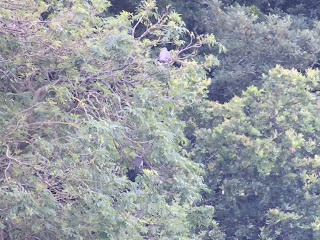 I stopped briefly at Town Lane on the way home and bumped into Phil Oddy and Ray Banks who were still looking for the Turtle Dove. Sadly there was still no sign, but both Hobby were still showing. There appeared to be nothing new in on the Pools, and with little available time left I decided to head home.

Despite having seen some quality stuff on patch this year, the Turtle Dove is probably my highlight of the year so far. To put the record into context,  Rob Cockbain said that his last record was about 10 years ago on Hale Marsh (near to the decoy). A sad state of affairs; especially when I remember having birds breeding in my back garden growing up. Lets hope that increased conservation and awareness will lead to their revival.