Bird Racing across the Universe

When I lived in Suffolk bird races were one of my personal highlights of the year. We would normally do two each year, with one on January 1st and another at the beginning of May. Whereas May was more akin to a marathon (with more available daylight), January was all about tactics and planning. Having not taken part in a bird race in 7 years, I thought I would give it a go at Hale in my patch boundaries (although without the competitive element of having other teams out and about). With up to 110-115 species having been seen on the run-up to the New Year I set myself a rather stretching (but what I thought would be possible to achieve) target of reaching a nice round 100. 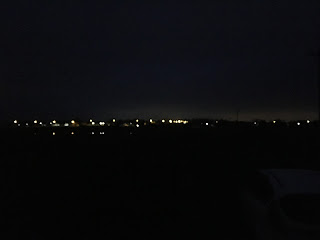 Driving along Carr Lane at just after 7am, my first species of the day was one of the local Barn Owls that ghosted across the road as I headed down to the bridge, always a nice start. As I parked up a Water Rail started to squeal away, whilst Robins, Blackbirds, Song Thrush and a Mistle Thrush were in full voice. Common Snipe were squelching away, and a Woodcock had a fly around over my head. I could hear Eurasian Teal and Lapwing from towards Carr Lane Pools. As the first embers of daylight appeared the first Wrens of the day burst into life. 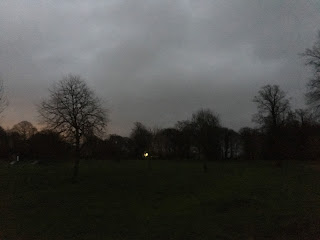 I decided to try my luck at Hale Park, although as it was still fairly dark I didn't hold out much hope of seeing many of the woodland species that I would expect. A Tawny Owl was keewik-ing from the entrance to Hale Hall, quite often a tricky species to see or hear at this time of year on patch. The first gulls (Black-headed, Herring and Lesser black-backed) were starting to move over whilst Cormorant and Woodpigeon were quickly added. However as expected there were next to no woodland species, with only the Great Tits starting to wake up. 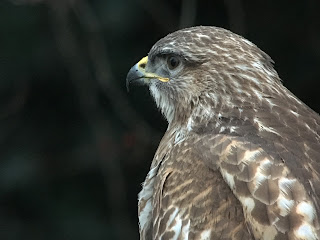 Moving around to Town Lane I parked up on Marsh Bridge and was immediately rewarded with the Short eared Owl quartering Hale Marsh. A Kestrel was already on the wing and flushed a couple of Water Pipit (with 3 eventually being seen). A check of the Town Lane floods, revealed plenty of Eurasian Teal, 2 Shelduck and a rather smart male Pintail. The Stonechat (3 birds - male, female and 1st year) were already awake and sat on the fenceline in the middle of Carr Lane Pools. A couple of Little Egret were mooching about on Hale Marsh, and I had clearly missed the early morning exodus from the roost (although plenty of Grey Heron and Cormorant were still leaving). 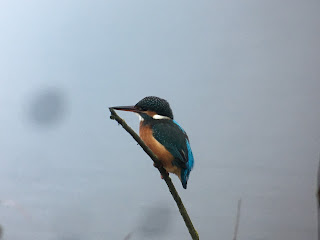 Acutely aware that an early morning visit was required to Pickerings Pasture (to avoid the hordes of walkers, dogs, drones, kids, cyclists etc!) I made my way quickly to the car park. The Ring necked Parakeet was screeching around, whilst the feeders were busy with various tits and Chaffinch. The Common Buzzard that has taken to lingering around the car park gave ridiculously good views. Scanning the Mersey picked up stacks of Canada Geese, whilst 2 Barnacle Geese and a single Greylag Goose tried their best to hide. The Mersey was relatively quiet, but I picked up a couple of the more expected Gulls and Waders to keep the yearlist ticking along. Up to 7 Bullfinch were in the usual hedge and were surprisingly easy to see, and having picked up the expected bits made my way through the Control Meadows to the Scrape. 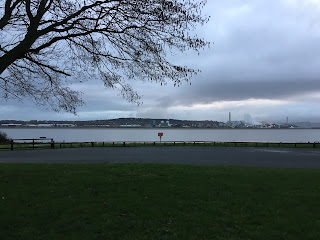 The Control Meadows were relatively quiet, so the walk to the scrape was quicker than usual. The Kingfisher was feeding directly in front of the screen, whilst the Common Sandpiper was also mooching about. The feeders were heaving with finches and tits, but sadly there was no sign of any of the recent Brambling. Hale Marsh was also relatively quiet, though the Meadow Pipit and Pied Wagtail flock was still present and included a single Grey Wagtail. The Mersey held at least 7 Great crested Grebe, but was also quiet. A Great Spotted Woodpecker was very vocal, whilst the overwintering Chiffchaff also put in an appearance in front of the screen. Deciding to cut my losses I headed back to the car picking up Coal Tit and Goldcrest on the return. I had reached 60 species by 9.35am, and my confidence of reaching 100 was pretty high. 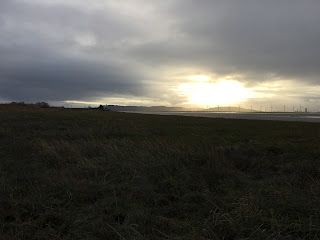 Returning to Hale Park I walked through the Ice House Woods quickly picking up Nuthatch and Treecreeper, whilst I was pleased to also find 2 Siskin (which have been particularly scarce this winter). I received a WhatsApp message from Dominic about a Merlin in the carrot field west of the Lighthouse, I was probably only about 100m away, but by the time I ambled out I had missed it (which I would later regret). Reaching the Shore I walked the length of tidal channels up to the Lighthouse picking up my first Rock Pipit (my 70th species at 10.40am) but failing to flush a single Snipe of either species. However scanning Frodsham Score and Ince Marshes produced a bonus ringtail Hen Harrier and at least 3 Marsh Harrier, along with plenty of Raven. 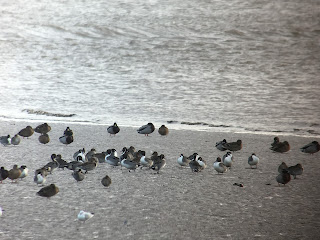 Scanning through the ducks at the Lighthouse I quickly picked up a good selection of ducks, including 87 Pintail, 2 Shoveler and a single female Gadwall, among good numbers of Eurasian Teal, Wigeon and Mallard. Continuing along the shore I kicked up a good number of Skylark and at least 6 more Rock Pipit. I had almost given up hope of finding any Snipe when I finally flushed a Jack Snipe from the last patch of shore. Returning towards the Lighthouse I bumped into Rob and Carol Cockbain and stopped to have a quick catch-up, whilst still scanning. I quickly added Great White Egret, Sparrowhawk and Magpie before saying my goodbyes and heading back towards the car to meet up with Iggy. 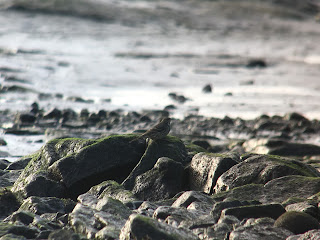 Meeting up with Iggy on the back edge of the Ice House Woods, we had some nice views of various woodland species before heading back to the car and deciding to head back to Hale Marsh and Town Lane. After a rather nervy wait a Moorhen (that could have been an embarrassing miss!) finally gave itself up, whilst a Little Egret was feeding in Ramsbrook. A Peregrine put in a brief at the end of the Marsh, surprisingly my first of the day. A quick pit stop at the Co-op to pick up some food (10 doughnuts anyway!) and coffee, and it was straight onto Pickerings again to hopefully look the assembled masses of waders...…. 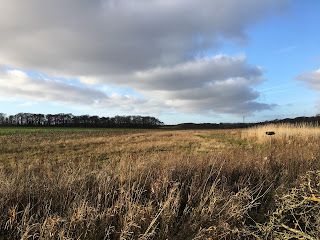 Sadly reaching Pickerings and it was evident that there were not many waders at all! Only 2 Dunlin were present on the expanse of mud/sandflats, whilst a big group of Lapwing and Golden Plover were flying around over Frodsham Score. We bumped into Sean O'Hara and Anne, and enjoyed at least 2 Common Sandpiper that were present, but Gull numbers were very low and didn't contain anything of interest despite a good grilling. Looking through the species still missing I decided to head back to Carr Lane, leaving Iggy to have a scout around Pickerings and the Scrape. 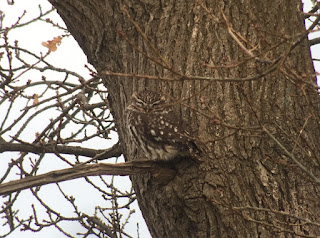 The sunflower strip held good numbers of Linnet and Goldfinch and a couple of Greenfinch, but sadly none of the better species that had been seen over the last couple of weeks. Fortunately I picked up both Redwing and Fieldfare feeding in the fields and then returning to the tops of the trees in Clamley Park Wood. With time (or daylight) quickly slipping away I headed to Within Way, where the Little Owl (90th species at 14.15pm)  was unusually playing ball straight away. I decided to walk to the end of Within Way (hoping that there may be some waders at the end). 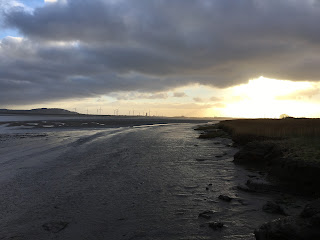 Again, there was a lack of any waders at the end of Within Way, other than a handful of Redshank. I was joined by Geoff Bond and his wife, and whilst catching up was fortunate enough to pick up a group of 3 Tufted Duck flying around over the Weaver Estuary. Returning along Within Way I met up with Iggy again, but despite a good scan of the Marsh we couldn't pick up anything new, and again no Merlin! We decided to head round to Hale Lighthouse for the Gull roost.....and having parked up got a message through from Rob and Carol to say that a Merlin was showing well on Hale Marsh......GRRRRRRRRR!!!!! However my first Jay of the day flying towards Hale Park limited the pain momentarily. 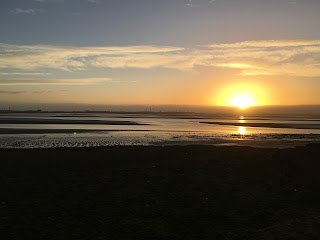 Grey Plover and a Ringed Plover (95th species for the day) were added on the Mersey as the Gulls started to flood through. A Peregrine was sat out on the mudbanks, which may have not helped with adding any further waders. There was still plenty of scope for reaching 100, especially given how productive the evening gulling had been recently.....however it wasn't to be. The Gulls were moving through in vast waves at different heights and distances making scanning through them a nightmare. Despite adding 2 adult Mediterranean Gulls, I failed to add any of the better Gulls (Iceland or Yellow Legged) that I had seen on each occasion previously. With the light almost gone and temperatures plummeting I decided to head back to Hale Marsh in one last ditch effort to add Merlin. Another failure, meant that I ended the day on 96. 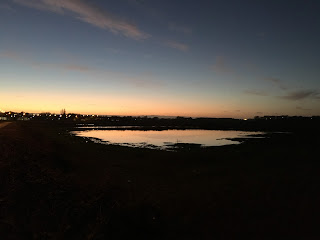 Although it was a disappointing not to reach my target of 100, I feel that this is more than possible with a little more luck. However 96 species in such a small area is nothing to sniff at, and just goes to show how good the mix of habitat around Hale really is. Roll on May and maybe I'll give a full day effort a go...….