With commitments pretty much all weekend, I wasn't able to get out for any birding until Sunday afternoon. Then again as I have previously said, late afternoon and dusk is probably one of my favourite times to be out on the patch at this time of year. The good variety of raptors and owls at the moment, obviously helps with enthusiasm levels given the rather cold conditions. 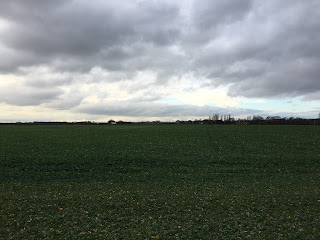 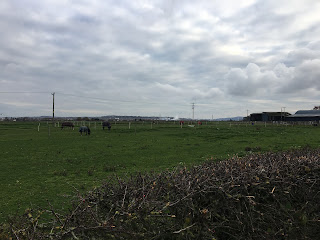 Starting off at the area around Burnt Mill Farm, I concentrated on the fields on the west side of Carr Lane. About 30 Meadow Pipit were buzzing about, although they would frustratingly dive deep into the cover not allowing me any time to actually look at them properly. A Kestrel was keeping a close eye, and made a few swipes at the Pipits, also flushing out some Linnet, Goldfinch and more surprisingly a Common Snipe. 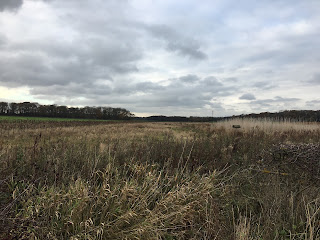 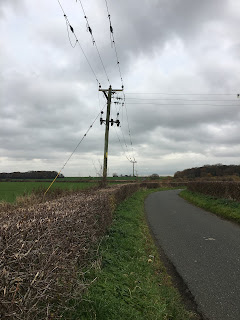 Moving along Carr Lane I parked at Marsh Bridge and walked along towards Hale village. The former Ibis Pools held the usual selection of Greenfinch (6), Goldfinch (15+), Linnet (25+) and Reed Bunting. The area has an area of reedmace which seems to be expanding, and looks almost ideal for a Penduline Tit - a Blue Tit did get the pulse racing for a second today! There were again good numbers of Starling (c.250), however despite a good grilling I couldn't find any of their Rosy cousins. Carr Lane Pools held 7 Shelduck, c.90 Eurasian Teal, 3 Shoveler, 2 Mallard and a Redshank, but viewing the pools is still proving difficult. 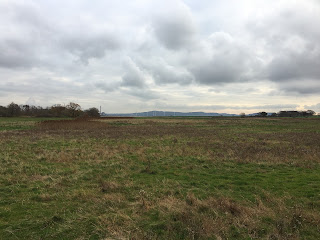 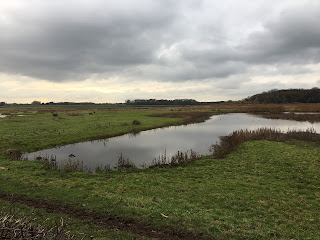 I headed round to Town Lane and parked on the bridge, flushing 17 Eurasian Teal that were feeding in Ramsbrook, along with a Grey Wagtail. The decoy marsh held 7 Pied Wagtail, but precious little else. The Town Lane floods were not much better, with very few ducks (19 Eurasian Teal and a single Mallard) and next to no Pipits. A single Water Pipit flew over calling, but there were only 3 Meadow Pipit in the area. The 3 Mute Swans were again sat on the winter wheat field....if only they would bring in some winter swans as well. 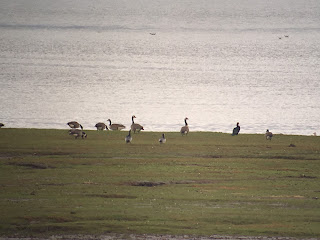 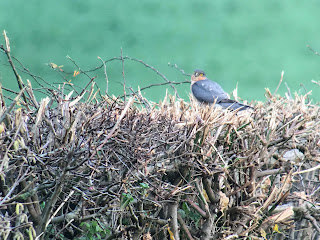 With plenty of light still available I decided to try a different approach by finding a good vantage point on Within Way, instead of trying to cram in a few different areas in the same time. Finding a good location I scanned Hale Marsh picking up 4 Barnacle Geese among the Canada Geese and Cormorants. A very smart Sparrowhawk landed close to me in the hedge, whilst a Merlin whizzed past towards the end of Within Way. 5 Little Egret were feeding out on the edges of the marsh, whilst I was surrounded by Skylark, Linnets and calling Grey Partridge. 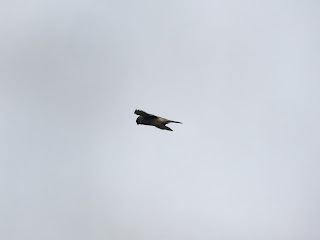 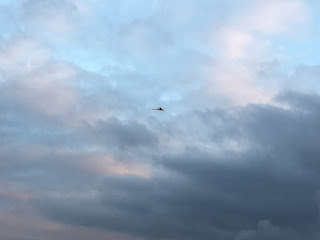 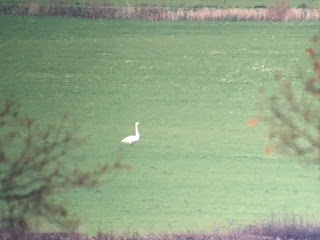 Raptor numbers started to increase with a couple of Kestrel, 5 Common Buzzard and a further Merlin (male) came and went. I was scanning the increasing numbers of gulls moving west along the Mersey when I heard a trumpet above me, looking up I was surprised to see a single Whooper Swan heading towards Town Lane.....and then dropping into the same field as the Mute Swans (what was I saying....just typical I was miles away!!). The ringtail Hen Harrier finally put in an appearance, but again it stayed distant along the path towards the Lighthouse. A female Marsh Harrier looked like it was going to cross the Mersey from Frodsham, but got half way and decided against it.....surely it can't prefer the dark side of the Mersey?!? 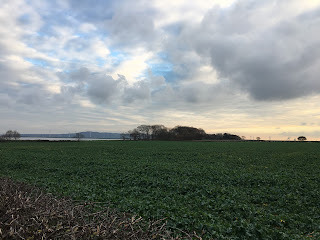 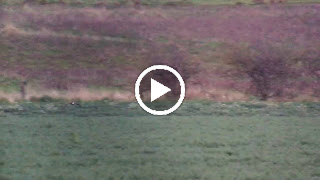 The Short-eared Owl also made a brief appearance towards the end of Within Way - it would be nice to finally get some decent views of this mobile bird. Another Merlin (fem/juv) headed west towards the Lighthouse, whilst a Peregrine powered over my head towards Hale Village. The Hen Harrier finally made another appearance, and thankfully this time showed a little better as it headed out onto Hale Marsh. 2 Great White Egret headed towards the decoy, but surprisingly only 7 Little Egret came into the roost tonight (again, well down on recent numbers). The Barn Owls were the next to appear on the edge of Hale Marsh, whilst a Woodcock left the copse behind me and headed out onto Hale Marsh. As the dark closed in further the Little Owl started yelping, and I could just about make out a hunched up figure from one of the oaks. 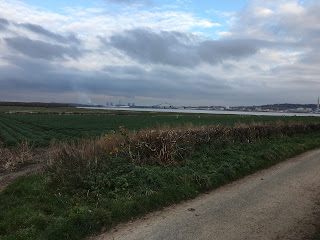 One of the highlights of the dusk session was the number of Meadow Pipit that were moving west over Within Way. With numerous other distractions I wasn't able to properly count them, but counted a minimum of 180 birds, although I feel that this was an underestimate, with birds constantly calling as they headed over. If only they didn't all feed out in the middle of the marsh....they surely must be something rarer lurking amongst them. 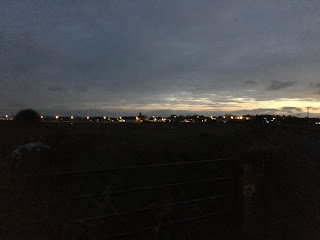 With darkness almost upon me I decided to pop into Carr Lane for the last embers of light. 2 Water Rail were calling from the former Ibis Pool, whilst again there were good numbers of Common Snipe moving about. Grey Partridge and some Fieldfare going into roost were the only other birds of note, and having finally lost all feeling in my toes and fingers I decided to retreat to the warmth of home. With plenty of decent birds already about, the winter will continue in the same vein as it has begun.