Due to a number of reasons I haven't been able to do as much vizmigging at Hale this year as I would have liked. However the last day of forecasted SE'lies (before a switch to much colder E and NE'lies) and with some pretty impressive numbers moving during the week, I made sure that I got an early start. As is normal I arrived at Hale well before first light so had a stop along Carr Lane, however it was fairly quiet with not a peep out of any of the Water Rails from last night. 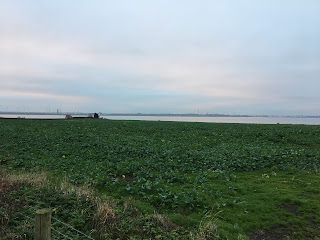 Arriving at the end of Church Lane I parked up and put on an extra 20 layers of clothes (I always forget how cold it is just standing about!!). The wind felt more ESE rather than the forecast SE, and there was a thick cloud cover. I was joined by Rob Cockbain and we watched 3 Great White Egret heading out towards Ince Marshes (presumably having left the decoy at pretty much first light). It was fairly evident that it was going to be fairly slow going though, with next to nothing moving as Clare Gower joined us. 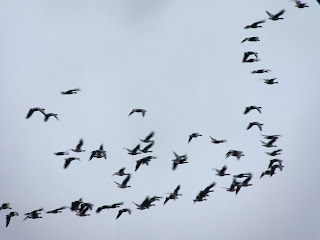 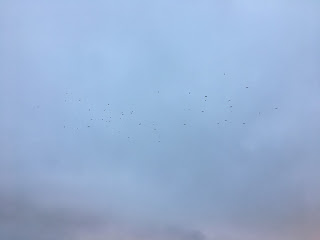 Thankfully things did start to pick up as the first flocks of Redwing and Fieldfare started to move through. A nice group of Pink footed Geese (having been roosting on the Mersey) flew up and over our heads and headed north (to return back south again not long after). Finches seemed be in pretty short supply with only a trickle of Chaffinch, many u-turning as they got half way down Lighthouse Lane. A couple of Sparrowhawk and Kestrel kept the migrants on their toes, whilst a Merlin hammered through west. 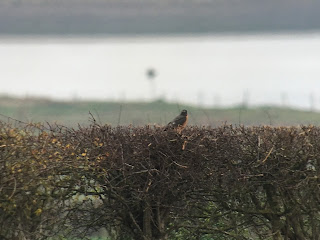 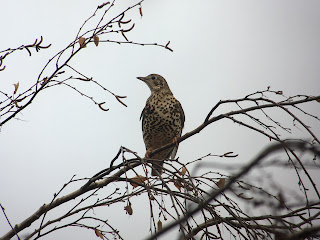 Finally as the clouds started to break and the sun started to break through migration started to pick up. With some impressive (for this late in November) movement of Woodpigeon. A Hawfinch was heard uttering its "pix" call as it headed south, but we were unable to pick it up. We were joined by Mike Roberts as migration continued to pick up with an increase in finches evident from around 9am. A Bullfinch was a surprise as was a Water Pipit that flew around over our heads. A Tree Sparrow headed south (quite a late record for Hale), whilst the first few Brambling of the day were picked up in small Chaffinch flocks. 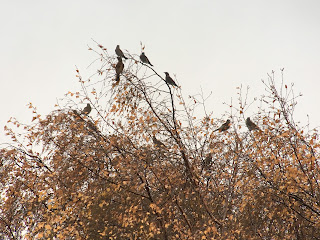 The cloud had disappeared by 10am and had left behind a stunning bright blue sky. Chaffinch, Fieldfare and Redwing numbers continued to increase as the winds dropped and the sun started to feel warmer. I was about to leave when I picked up a big bulky finch....a Hawfinch. Getting Clare onto the bird, I explained it was just being joined by 4 more finches and it was the front bird, but suddenly realising that they were ALL Hawfinch! Pretty good going, and a few more attempts of leaving site were further delayed as a few more waves of Redwing and Fieldfare moved through.....I finally decided to declare at about 10.30. Full details can be found on trektellen. 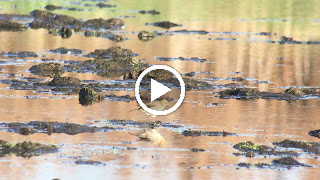 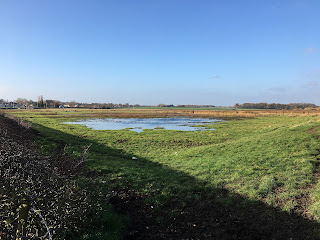 Before heading home I decided to pop into Town Lane and pulled up on the bridge. I immediately picked up 2 Water Pipit feeding amongst good numbers of Meadow Pipit, Pied Wagtail and a few Goldfinch and Linnet. They showed remarkably well and were soon joined by a 3rd bird. Further out on the Marsh there were a couple of Little Egret, whilst Common Buzzard and Kestrel sat on posts watching on. Crossing the road I picked up the 3 Mute Swan sat in the wheat field, whilst the Town Lane floods were covered in Eurasian Teal and a handful of Common Snipe. 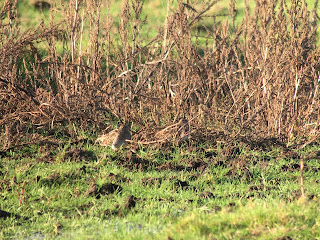 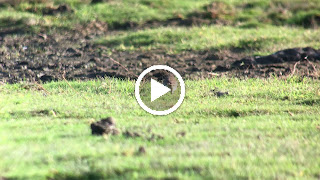 As I scanned the open water in front of me I picked up another 4 Water Pipit having a wash. All 4 birds showed remarkably well....even if the dodgy phonescope pictures don't show it! A minimum of 7 Water Pipit is the highest count of the winter, and quickly turning Hale into the best location in Cheshire for this species. With time running out I finally headed home after a pretty successful mornings birding.