I'm not a big fan of birding during the day on the patch at the weekends (especially on a Sunday) due to the amount of disturbance and Sunday walkers. However I never turn up the opportunity to get out, so with a brief window I managed to head to the patch for a few hours. Driving along Higher Road I noticed quite a large flock of Starling along Burnt Mill Lane. This is just outside of my Patchwork Challenge area, but is probably somewhere I should give more time. 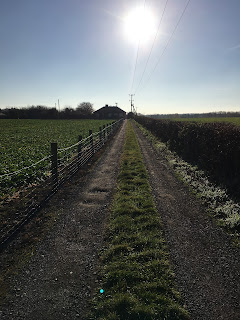 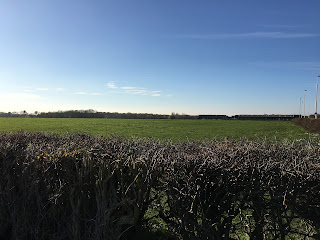 There are some seriously good looking paddocks (which I have previously checked in passing but not on a regular basis) that I'll have to keep a closer eye on in the future. There were about c.500 Starling spread out feeding in the rough areas, whilst Pied Wagtails, Linnets and Goldfinch made the whole area look alive. Despite my best efforts I couldn't pick out any Rosy Starling, which was hampered further as a very smart male Merlin shot through. A few Common Buzzard, a single Sparrowhawk and Kestrel also probably didn't help the smaller birds to feel at ease! 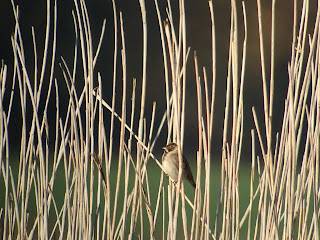 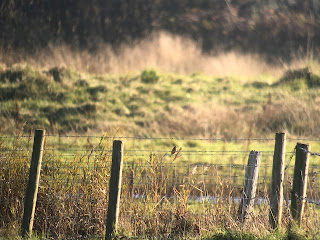 I had a few stops along Carr Lane before heading down to the former Ibis Pool to catch up with Iggy. We kept a close eye on the sunflower patch, which held c.50 Linnet, c.20 Greenfinch and c.15 Goldfinch. Reed Bunting were constantly flying around, whilst it was a surprise to see 2 Water Pipit fly out - which gave Iggy some good flightshot practice on his new camera (pretty impressive as well!). A female Stonechat was sat on the fencing around Carr Lane Pools. With limited time I said goodbye to Iggy and headed round to Town Lane. 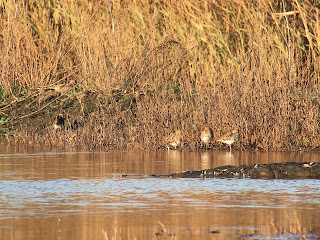 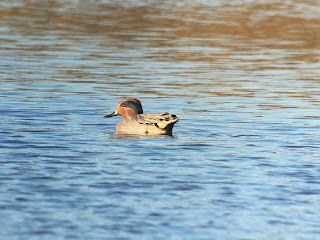 There was no sign of any Water Pipit around Town Lane or the Decoy Marsh today, but the Pools were full of c.110 Eurasian Teal, 10 Wigeon and 17 Common Snipe. 5 Mute Swan were sat out in the wheat fields, whilst a Sparrowhawk soared overhead. The Marsh held at least 4 Little Egret, and a couple of Common Buzzard were hunting the outer edges. Another check of the Decoy Marsh revealed a few Pied Wagtail, a Kingfisher zooming away along Ramsbrook and a flyover Grey Wagtail but still no Water Pipit. 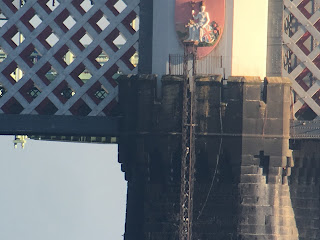 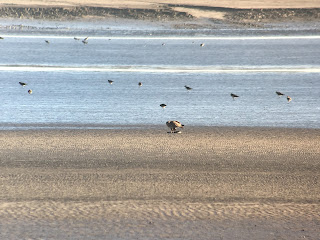 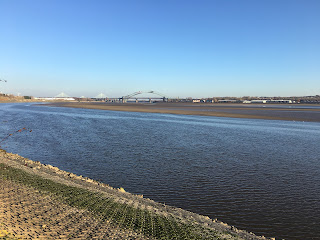 I decided to have a quick look at Pickerings, although fully aware it would probably be heaving with people and dogs......sadly I was right. Despite this there were good numbers of waders spread out across the mud with c.1000 Dunlin, c.500 Lapwing, 36 Golden Plover, 75 Curlew and loads of Redshank. A Common Sandpiper was feeding along the rocks towards the bridge. 2 Peregrine (full marks if you can pick it out in the dodgy pic!) were sat up on the Runcorn Bridge, whilst a Common Buzzard was eating an Eel on one of the sandbars. The Gulls were all too distant to do much with in the time I had available, although there seems to have been a big increase in "big" Gulls, so hopefully it won't be too long before our first white wingers start to materialise. 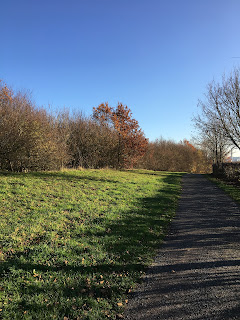 Strolling back to the car I picked up at least 4 Bullfinch in the hedge by the car park, along with good numbers of Goldfinch. A single Goldcrest was calling amongst the large tit flock...I would have liked to have stayed longer to check the flock out, but I had run out of available time.