Fire in the Hole!

With the evenings slowly getting lighter it won't be too long until I can get out a bit more during the week; however I decided to take a days leave to make up for a lack of real birding time this year. The weather certainly felt more spring like, and a brilliant blue sky and mild conditions made up for the rather appalling weather we have experienced so far this year. 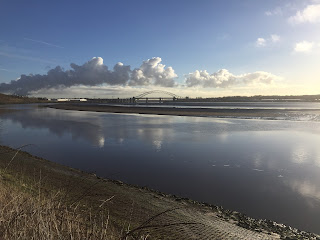 As the tide was still low I decided to start at Pickerings Pasture. The hedgerows were alive with singing birds, and the sun actually felt warm on my face for the first time this year. A couple of Siskins and Lesser Redpoll buzzed around the carpark, and a Great Spotted Woodpecker was drumming in the distance. The light was stunning and (if I had a decent camera) would have provided some great photo opportunities. 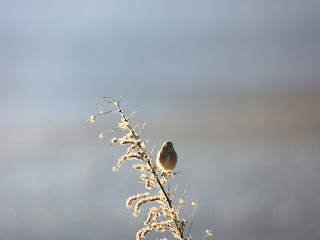 A couple of Linnets feeding gave some nice artistic shots, but the Mersey was rather quiet. Having seen a large swarm of gulls congregating on the Mersey whilst on the train yesterday morning I was disappointed by the rather measly turnout today. 4 "sinensis" Cormorants fed along the channel, whilst I did eventually manage to pick out a 2w Mediterranean Gull. 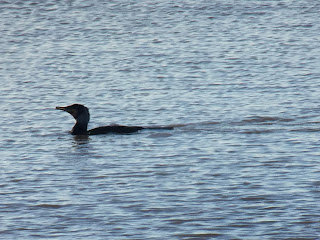 However the real stars of the morning were the passerines, with the Hawthorns seemingly full of Goldfinch, Linnet and Bullfinch (at least 12 birds), whilst small parties of tits passed through. Ditton Brook held a Kingfisher, whilst 7 Buzzards were using the mound to kettle up into the sky. Whilst "attempting" to get some decent photos of the Bullfinches, I picked up a crest with the Long tailed Tit flock; a Goldcrest popped out from the same spot and I assumed that I must have imagined the eyestripe that I thought I had seen. But a few seconds later, my suspicions were confirmed when a cracking Firecrest popped up. 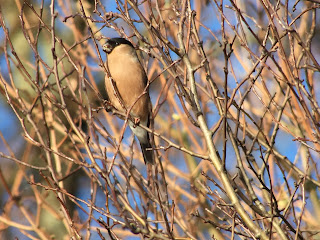 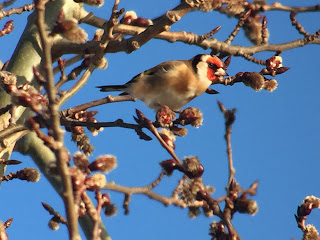 I tracked the Firecrest along the Hawthorn bank until it cut the corner of the industrial estate and appeared to continue along the back of Pickerings Pasture.
Moving round to Hale Lighthouse I had, for pretty much the first time this year, got the tides just right. The fields were full of singing Skylark, whilst the hedgerows were buzzing with Yellowhammer and Reed Buntings. Small groups of Linnets and Goldfinch flew around as a Peregrine thundered through. Scanning Frodsham Score I picked out a lone Great White Egret and a minimum of 18 Whooper Swan, whilst a few Buzzards and Ravens picked over the remains of some less fortunate soul. 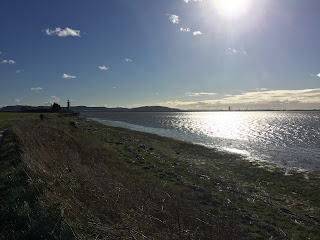 The Mersey itself was relatively quiet, so when I bumped into another birder who wanted to see Jack Snipe I did the gentlemanly thing and sent him off into the thick mud of Hale Shore, whilst I gave directions from the safety of the river wall. However he was very excited when he finally kicked a single Jack Snipe up (a lifer for him), along with 3 Common Snipe. Mark left celebrating his Jack Snipe success, leaving me to get back to the business at hand. The Curlew roost on the fields had now swelled as a result of the incoming tide and now numbered 267. 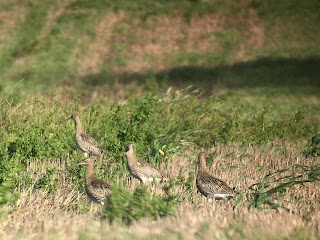 Returning to scanning the Mersey I finally started to pick up new birds drifting in on the monster high tide. A couple of Great Crested Grebes started it off, before I picked out a pair of Red Breasted Merganser off Garston/Speke. A small brownish-black blob picked up even further out, slowly turned into a rather smart female Common Scoter. This is now my 4th record (of 5 birds) in the last year, which would appear to indicate that they are much more common this far up the Mersey than I first thought. 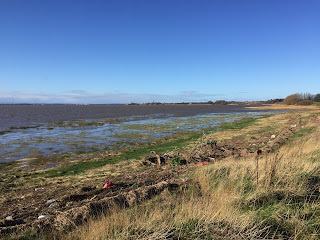 ﻿
The tide was still on the rise when I had to leave, and I'm fairly certain it was well over the estimated 8.80m level. I dread to think what else I may have missed, especially considering a Surf Scoter was seen just off the mouth of the Mersey at about the same time. It certainly starts to make you think of what "may" be possible on patch with a bit of luck.....it'll just have to wait until the next monster tide.﻿