With the weekends Best Man duties finished I was itching to get back out onto patch. By the time I managed to get out, the weather had turned rather showery and blustery. My main target was the gull roost at Pickerings Pasture, but with a possible Green Winged Teal having been seen at Carr Lane Pools last week, I thought I would have a quick check. Sadly there was no sign among the group of c.150 Teal, and there was little else of interest. 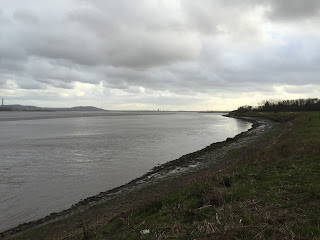 It was raining quite heavily when I reached Pickerings, and I was quickly drenched. A couple of Siskin buzzed about the car park, Bullfinches called from the hedgerow and a Great Spotted Woodpecker was drumming in the distance. Reaching the river I was disappointed by the rather poor gull gathering. A single sinensis sat among the carbos (one pictured below), who by now were also starting to look rather smart in their summer dress. 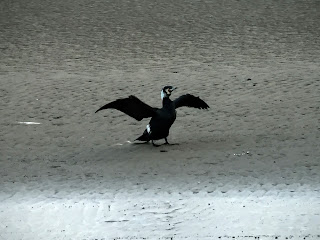 Settling into check the gulls, I was struck by the lack of 'big' gulls with only c.40 Herring, c.100 Lesser Black Backed, 10 Great Black Backed; although small groups streamed west along the Mersey away from the main roost. I eventually picked out a single 1st winter Yellow Legged Gull, but failed again to find anything more interesting. The 'smaller' gulls were better represented, but I still only managed to pick out 2 Mediterranean Gulls (adult and 2nd winter). Fortunately a few Redshank managed to keep me entertained throughout. 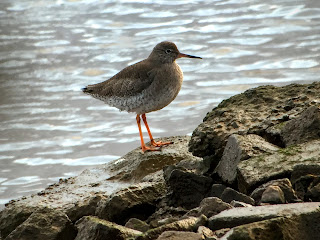 With the light fading I decided to head back towards the car, but a quick scan towards the Runcorn Bridge put paid to any early exit. I had clearly missed the Starling murmuration over Runcorn Hill, but they had decided to gather on the Bridge, and I spent about 15 minutes being entertained by the massive flock of c.35,000 birds. A couple of the local Peregrines ensured that the flock was constantly moving, although the main group always stayed on the east side of the Bridge which restricted some of my views. 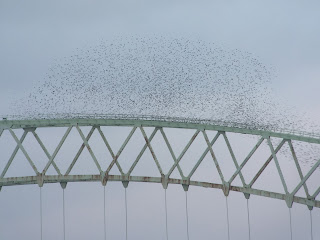 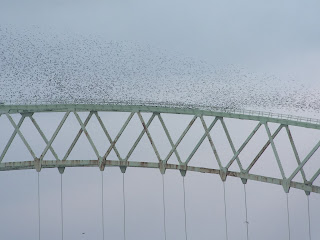 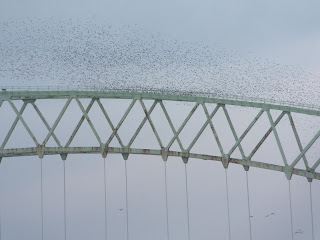 Best bird(s) of the day went to 2 Goosander that flew past the Starling murmuration and east upriver towards Moore. A handy bird, and one that always requires a certain amount of luck to connect with on patch.

I ended the day at Hale Marsh, parking up by the bridge on Town Lane. A juv. Peregrine was roosting in the dead oak on the decoy, being joined by c.65 Cormorants. 2 Great White Egrets came into roost at 17.46pm. But otherwise it was nice just to listen to the Grey Partridges calling away, with a Little Owl yelping in the distance. 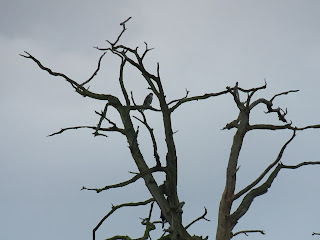 Winter isn't quite over, and I'm hopeful that the gull roost at Pickerings will still produce something; but I must admit I'm already getting excited about seeing my first migrants.....not long now!!