Last Leap of the Month

Due to family commitments I wasn't able to get out on Sunday, and it was frustrating to hear that 7 Twite were found east of the Lighthouse. Twite are an exceedingly good bird for the patch, so I was keen to try and get down as soon as possible to see if I could find them. Thankfully with the lighter evenings I was able to head down for a couple of hours after work today. 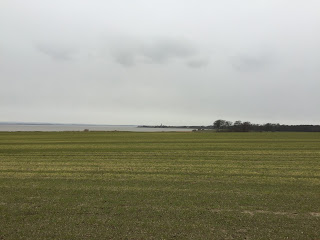 By the time I reached the end of Church Road the drizzle was horizontal, and the cold easterly really didn't make it feel too pleasant. A Sparrowhawk shot across the gravel track down to the Lighthouse, whilst the weedy field held a good group of Curlew, Starling and a small number of Linnet. A female Merlin whizzed through, disturbing the Linnet flock and flushing a mix of Reed Bunting, Yellowhammer, Meadow Pipit and Skylark. 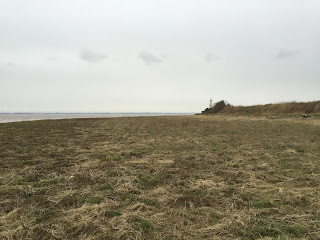 Climbing down the river wall I walked the entire length of Hale Shore from the Lighthouse to Within Way. I really should have learnt by now to wear some proper footwear because the time I reached Within Way my feet were rather cold and wet. I managed to flush 4 Rock Pipit, 5 Common Snipe, 17 Grey Partridge and a few groups of Linnets and Goldfinch, but I failed to locate any Twite. The fields didn't hold much on the return walk, but a few Grey Partridge were calling and showing fairly well. 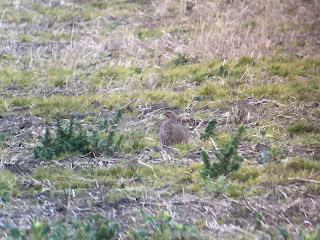 Scanning the Mersey from by the Lighthouse I was startled by a smart male Merlin that nearly took my head off. The river was quiet and only held a pair of Great Crested Grebe, and a few small rafts of Gulls. The murk made picking out anything on Frodsham Score difficult (no chance of picking up the possible Brents seen yesterday!), but a couple of Little Egrets stalked the outer edges, whilst the Whooper Swans at least stood out like beacons. A couple of Ravens were being tossed around in the wind, and a Peregrine towered over the back of the Score, but I'll have to wait for a clearer day before attempting any further patch theft. 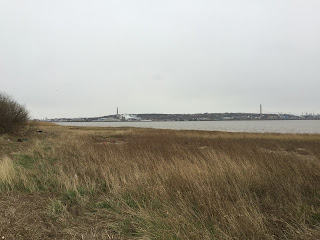 I settled into a sheltered spot under the Lighthouse in preparation for some gullings, but there was a stark difference to Saturdays gull fest with only a handful of Black Heads and Lesser Black Backed present on the exposed mud. There seemed to be a larger congregation down towards Ince Marshes/Ellesmere Port, presumably due to tide height and winds. However from around 5pm Gulls starting to stream down the Mersey with many at mid-channel distance and low of the water, which actually made ID easier.

To start with the majority of gulls moving were Black Heads and Common, with a single 1st winter Mediterranean Gull picked out. But from about 5.15pm the larger gulls started to move, with good numbers of both Herring-types and Lesser Black Backed. At 5.27pm I picked up a 1st winter Iceland Gull, which brings the Iceland total to 5 birds over the last couple of days. Larger gulls continued to pour through and at about 5.35pm I picked up a 3rd winter/adult type Iceland Gull,  on closer inspection it appeared to show greyer edging to the primaries (roughly P1-P3), however it continued flying away and I failed to get any further salient features. Gulls continued to pour through until I left, but having lost all feeling in my cold damp toes I decided to head home....hopefully the trench foot won't hold me back in March!