Well the weathermen clearly got the weather forecast wrong........with mainly dry conditions for the majority of the day on Sunday. I managed to grab a few hours in the late afternoon, although rather annoyingly the weather did finally start to turn as I headed towards patch. The last remaining hours of light were generally light to moderate drizzle with a north-easterly breeze. 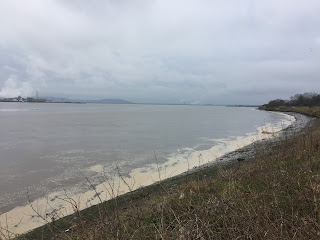 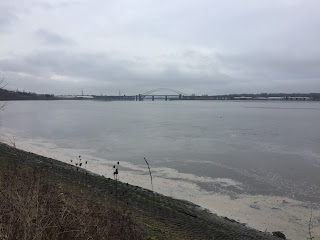 I called in briefly at Pickerings Pasture where the tide was still relatively high. 2 Common Sandpiper were feeding along the rocky edges up towards Hale Marsh, whilst a Peregrine was sat in it's usual position on the Runcorn Bridge. There were good numbers of waders on no mans land, but Gull numbers as had been the trend of late were poor. Walking back to the car I picked up 5 Bullfinch, whilst 2 Lesser Redpoll (or should that just be "Redpoll" now!) flew over calling. 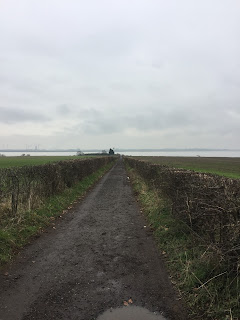 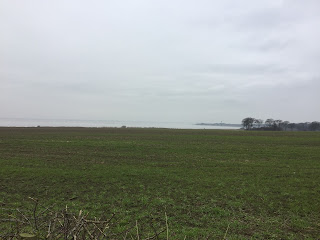 I headed to Hale Shore to watch the Gull roost, not really expecting too much following the closure of Arpley Tip and the historical trend of Sunday being a "poor" Gulling day. However reaching the Lighthouse I was pleasantly surprised to see good numbers of Gulls heading west past my position (just underneath the Lighthouse walls). Not only were there good numbers of smaller Gulls (Common and Black Headed), there were also good numbers of larger Gulls (predominantly Lesser Black Backed and Herring). 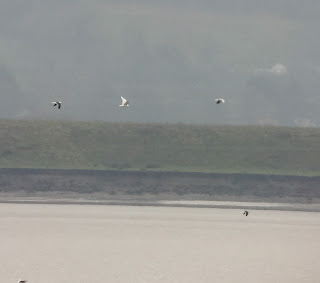 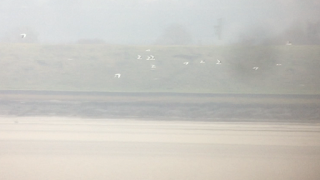 Continuing to scan through the Gulls pouring through I managed to pick up a stunning adult Iceland Gull (although the pics clearly don't do it justice!). This was quickly followed by 2 adult Mediterranean Gulls. Over the next hour I picked up a further 1st winter Iceland Gull, 3 Yellow Legged Gulls and 3 more Mediterranean Gulls (adult, 2nd winter and 1st winter). I estimated that roughly 15,000 large Gulls passed west, not far off the numbers of last winter/spring. Where they have come from I really don't know; although clearly there are still feeding areas further up the Mersey. So after my doom and gloom of fearing the end of Gull watching on the Mersey, maybe I spoke too soon, and I can't wait to get back down to check the roosts......maybe that Ivory or Ross's will finally turn up!! 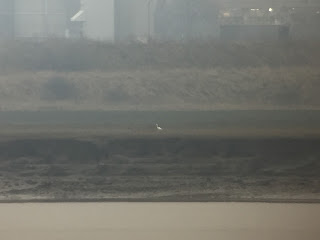 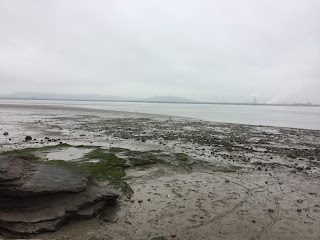 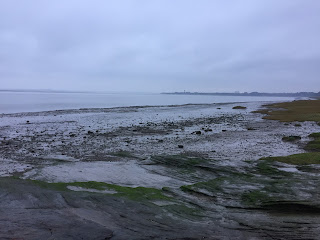 Apart from the Gulls the Mersey was quite productive with a single male Goldeneye flying east past the Lighthouse (my 120th patch tick of the year). A Great White Egret was padding around on Ince Marshes, and up to 12 Little Egret were constantly flying around. A few Great crested Grebe were again feeding on the Mersey, whilst duck numbers were fairly impressive with some good Wigeon and Eurasian Teal flocks.

So not a bad last patch visit of the month, with two new additions leaving me on 120 for the year. Not a bad start, although the rest of the winter period may be hard work.........