Swanning about on the Mersey

The forecast was fairly grim for the weekend, so I decided to try and risk getting out on Saturday to avoid the impending "torrential" rain on Sunday (which never materialised!!). It was still a fairly grotty day, with low cloud, heavy rain and light drizzle, whilst it still felt relatively cold. Fortunately visibility was marginally better, and with a reasonable high tide (7.8m) I decided to head down to Hale Lighthouse. 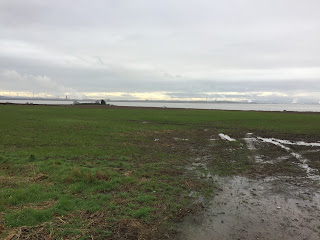 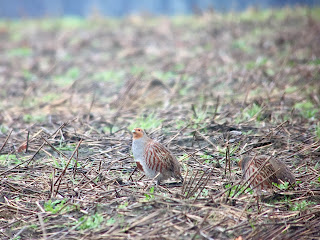 I decided to park up at the end of Church Lane to scan the Mersey from a higher vantage point, which turned out to be an inspired idea. I immediately picked up 3 Red-breasted Merganser on the far side of the Mersey feeding just off Ince Marshes. They were quickly followed by my first Mute Swan of the year (a rather grotty looking juvenile) floating along in front of Frodsham Score. A Great White Egret and c.8 Little Egret were on Ince Marshes, but unfortunately the Geese were all a little too distant to have a proper look through. The covey of Grey Partridge had increased to 28 birds, although they looked fairly miserable in the wet conditions. 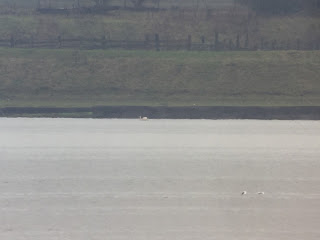 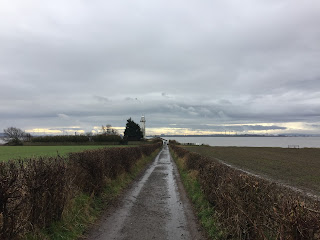 The walk down to the Lighthouse was quiet with only a few Reed Bunting and Skylark (where are all of the Finch and Bunting flocks from last year!?). A couple of Raven cronked over, always a joy to see on this side of the Mersey (despite seeing massive groups on the Frodsham side). I spent the next hour or so scanning the Mersey with little luck, only managing 9 Great crested Grebe, but nothing rarer. Hale Shore held 2 Rock Pipit, 7 Turnstone, 2 Grey Plover and a few small groups of Linnet and Goldfinch, but was otherwise quiet. 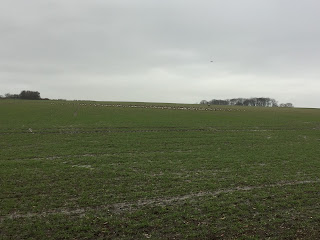 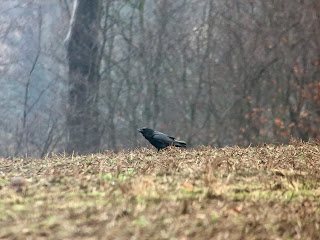 With the rain becoming heavier and more persistent I found a slightly more sheltered spot by the Lighthouse and had a good scan through the Canada Goose flock that has taken up residence on the fields. However there was nothing hidden amongst their number on this occasion. Loosing patience with the weather I headed back to the car, enjoying the Ravens that had come down onto the fields, and were cronking away to each other. 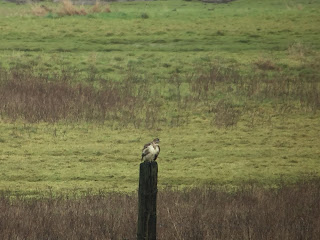 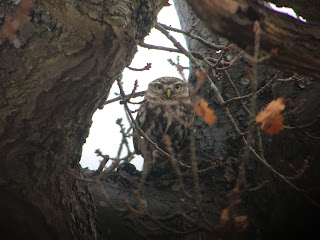 Moving round to Within Way I had a brief wander along to catch up with the Little Owl, but the fields were otherwise dead (probably not helped by the endless shooting going on in the background). A scan of Hale Marsh revealed one of the pale Common Buzzard, Peregrine, a couple of Little Egret but little else and again no Merlin. 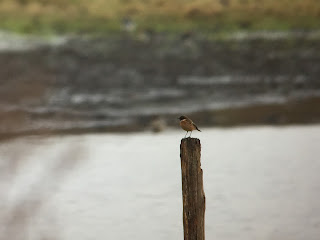 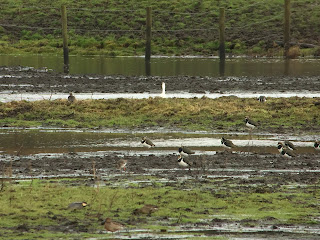 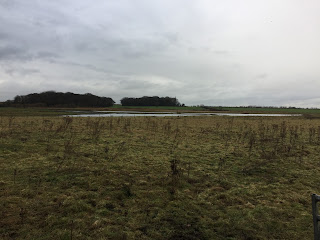 I decided to check Carr Lane Pools from the Town Lane gate. A male Stonechat was feeding and sitting up on the fence posts, whilst a couple of Common Buzzard were also sat around. The pools held c.400 Lapwing, c.150 Eurasian Teal, 3 Common Snipe and 2 Shoveler. A Little Egret flew in and fed at the back of the Pools, but otherwise it was rather disappointing. Hopefully the rain will at least raise the water levels a little in time for Spring. 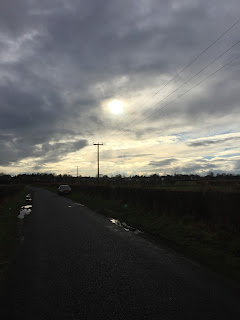 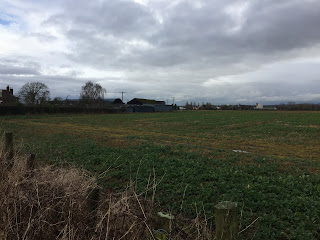 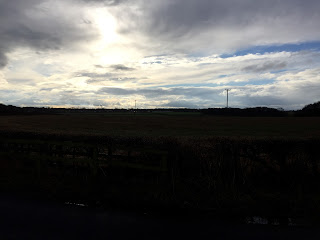 The sun finally did manage to put in an appearance, so I spent the next hour searching for Bunting and Finch flocks along Carr Lane - sadly without much success. A flock of 18 Yellowhammer, c.7 Reed Bunting were the best, with a Sparrowhawk causing chaos among a group of Meadow Pipit, Linnet and Goldfinch hiding in the stubble field. The flooded field though seems to be going through a quiet patch with no sign of the Cetti's Warbler (again!) or any Water Rail. By now although I had pretty much dried out I was feeling quite cold and tired, so I decided to head home.