I had a feeling that Storm Doris may bring something in on the back of it, but was unable to arrange any leave at short notice. I was proved correct when Rob Cockbain found a Pale Bellied Brent Goose on Hale Marsh the next morning. Although recorded annually they can be exceedingly difficult to catch up with, so after an earlier finish I headed straight to patch in strangely mild, calm and sunny conditions. 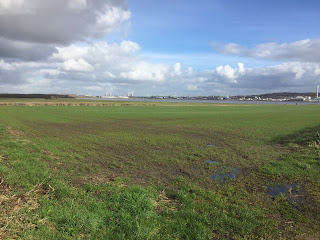 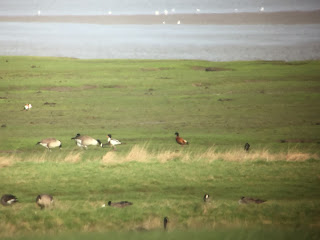 I headed straight to Within Way and after a quick march positioned myself overlooking the Marsh. I located the manky Ruddy x Common Shelduck hybrid, but despite a prolonged search failed to relocate the Brent Goose. The Marsh was fairly busy with plenty of birds roosting and feeding, despite the now receding tide. The Cormorants held at least one sinensis among the commoner carbo, whilst at least 100 Dunlin, which also contained a single Knot were still feeding along the edge of the Marsh. 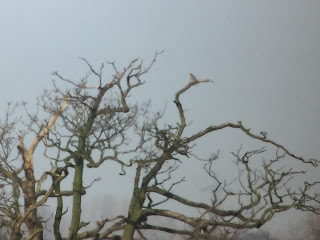 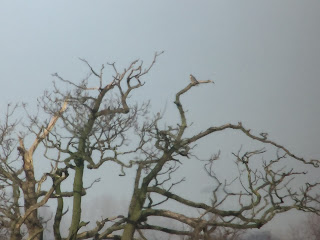 Raptors were very much in evidence with up to 9 Common Buzzard, a single female Marsh Harrier, 2 Peregrine, Sparrowhawk and 4 Kestrel on the wing. I also managed to pick up a very smart looking male Merlin sat on the trees on the decoy, but sadly the heat haze (amazing for February) and distance meant that the pics were fairly awful. 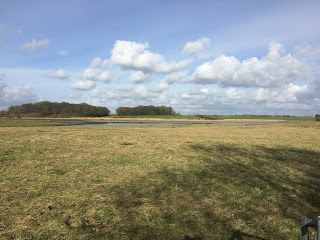 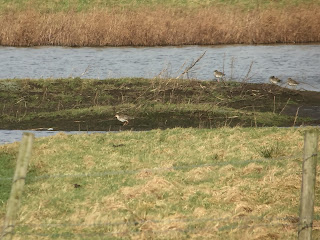 With limited time available I decided to have a quick look at Carr Lane Pools from the gate at Town Lane. A single Ruff (my first of the year) was a nice bonus, but didn't really make up for dipping the Brent. The pools are looking pretty good, and hopefully it won't be too long before we start getting out first passage waders of the Spring. Aside from the Ruff there were 8 Black-tailed Godwit, 9 Redshank and a good smattering of Lapwing. Shoveler numbers are increasing, with at least 14 birds present between the Pools and flooded fields. 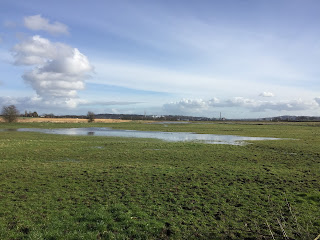 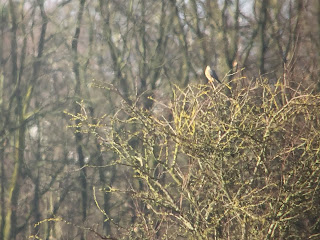 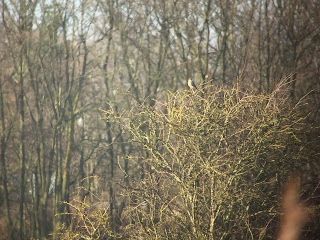 A brief stop at the flooded field on Carr Lane proved productive with me relocating the male Merlin (although again the light played it's part in not getting any decent pics). The Merlin was having a field day chasing 2 Water Pipits from the back of the flood, my first I have seen in a while. There were still good numbers of raptors on the wing, and with mild conditions felt almost ideal for an early Red Kite, sadly time was against me and I headed home.