What was I thinking?

After a very poor first visit back to the patch at the weekend, I for some reason thought it would be a good idea to get a couple of hours in after work (to make the most of the lighter evenings). Sadly the light drizzle and fairly hefty winds had worsened during the day, and by the time I reached the patch it was thoroughly miserable, with heavy rain and a strong South Westerly wind. 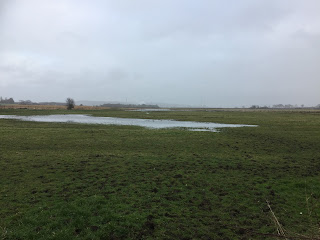 The heavy rain put paid to much birding at Carr Lane, with only a single Common Snipe squelching over. There were no sign of any Pipits on the pools, and the torrential rain meant picking out much on the Pools was pointless. However I could just about make out 11 Black-tailed Godwit, 7 Redshank and that was about it. I decided to press on and give the Gulls a go from the Lighthouse. 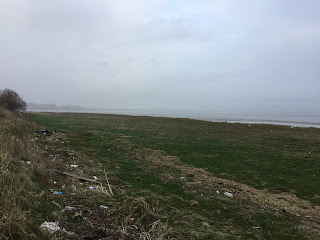 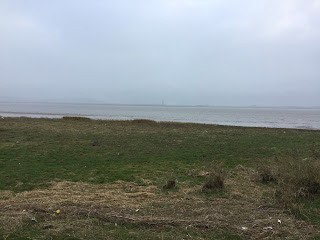 The rain was pelting my face as I walked down Lighthouse Lane, but as I reached the shelter of the Lighthouse garden I picked up a rather nice female Merlin which was chasing a few Meadow Pipits along the weedy fields. It perched briefly in the field, allowing some half decent scope views, but was off again before I could fire off any pics. The rain started to ease slightly which allowed a scan of Frodsham Score, where I picked up 5 Whooper Swan and a single Great White Egret. Sadly despite spending the next hour waiting for the Gulls to start moving I was left disappointed, with next to no Gulls moving at all. Clearly I haven't worked out the Gull movements since the closure of Arpley Tip! 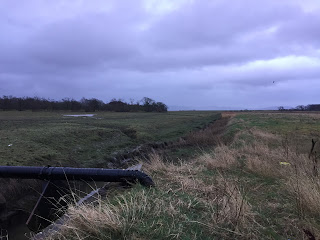 I decided to retreat to the car and meet Iggy on the bridge on Town Lane, hopeful that something may pop into the decoy. However the birds were clearly staying away, but it was good to catch up with Iggy and hear all about his Thai exploits (birding, nothing else apparently!!). With the light all but gone, we said our goodbyes and headed off home.