After a very successful January (my best in three years of Patchwork Challenge), it was always going to be hard work adding new birds for the year in February. However with some nice winter sunshine, and a few targets I couldn't resist getting out on patch again. A relatively bright and sunny afternoon, with a surprisingly brisk southerly meant it at least still felt like winter! 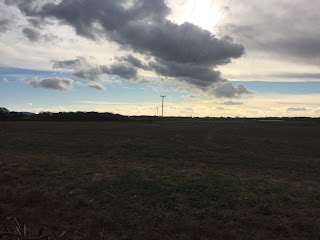 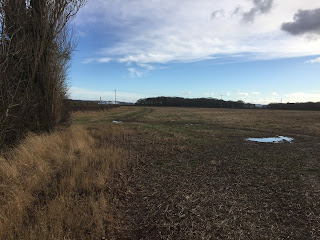 With the number of rare Buntings around this year I decided to spend some time checking out the local flock at Burnt Mill Farm. Parking on the corner I walked back along Carr Lane towards the Farm, and was pleased to find a good number of Reed Bunting and Yellowhammer feeding in the stubble fields. However the viewing was rather restricted, with many of the birds returning to the hedge when flushed. 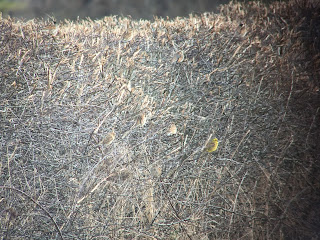 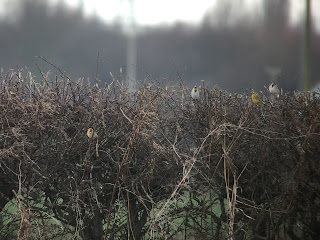 I spent the next hour or so with the flock, giving them all a good grilling as they moved between the stubble field, hedges and the Farm garden. A minimum of c.60 Reed Bunting, c.24 Yellowhammer  were pretty impressive for the area. On further inspection I also found 2 Corn Bunting and a Tree Sparrow (which was new for the year). However I failed to pick anything rarer out, however with good numbers (and maybe a little seed assistance) hopefully there is still time. 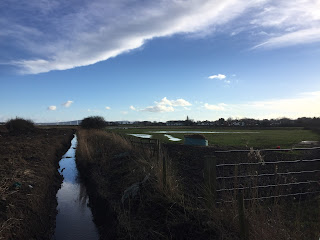 A stop around the bridge on Carr Lane was depressingly quiet, with none of the early winter specialities showing or calling. A Kingfisher whizzed through, whilst a Grey Wagtail, was feeding in Ramsbrook, otherwise it was very quiet. The Pools were not much better with only 7 Black-tailed Godwit and a few Redshank, among the normal ducks showing. 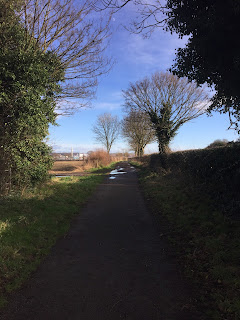 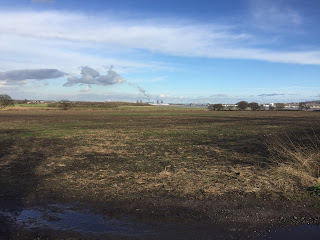 Before I had gone out I had specifically targeted spending some time overlooking the Weaver Sluice and Bend, in the hope that some of the Frodsham wintering ducks may have a fly around. I made my way along Within Way, which was relatively quiet although it was nice to bump into the Little Owl, which was sat out enjoying the afternoon sunshine. 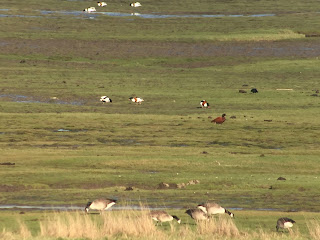 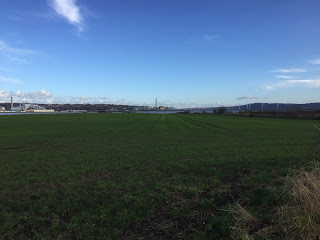 Positioning myself with the best combination of height and visibility I had a brief scan of Hale Marsh. The grotty hybrid Ruddy Shelduck had again returned with the Shelduck flock. There was little else to keep my interest, so I began my vigil of scanning the Sluice and Bend. After an hours wait I was about to give up when a big Common Buzzard drifted over spooking everything in its wake. My luck was in as it flushed c.30 Tufted Duck, 12 Pochard (more than the entire number I have seen in my 4 years of patching!) and 3 Goldeneye. 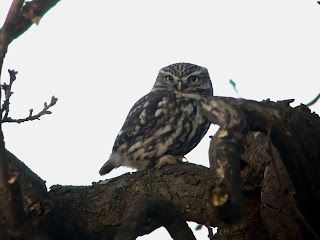 Rather pleased with myself I made my way back to the car, although I spent a little time with the Little Owl again. I quickly headed around to the Lighthouse where I could spend some time on the evening Gull roost. 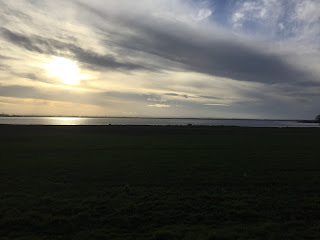 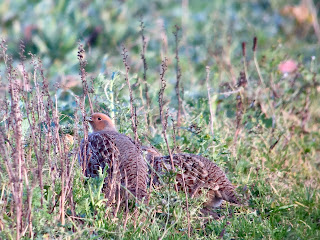 Grey Partridge seem to be everywhere at the moment, and today was no different with at least 28 birds scattered across the fields along Lighthouse Lane. The fields are still surprisingly lacking the normal build up of Buntings and Finches this year, but Skylark at least still seem to be doing well. Reaching the shore I decided to view from the east side of the Lighthouse as usual. Almost the first bird I picked up was a smart male Goosander, always a good bird to catch up with on patch. 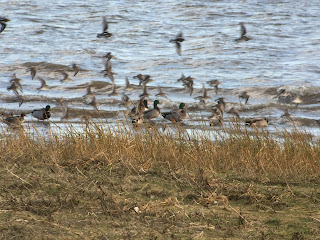 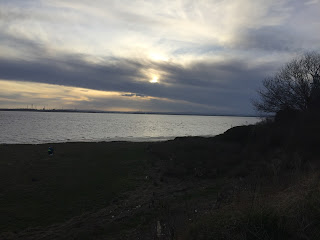 The shore held a nice mix of waders and ducks, including 9 Turnstone and 4 Grey Plover. I spent the remaining light scanning the Gulls moving west past the Lighthouse. However it was a rather frustrating evening with wind conditions, with birds coming in from all directions and heights. However in good numbers of moving Gulls  I eventually picked up a 1st winter Iceland Gull and a single near summer plumaged Mediterranean Gull which both flew west past the Lighthouse. I'm certain I missed a lot more than I saw tonight, but that's just the way it goes! 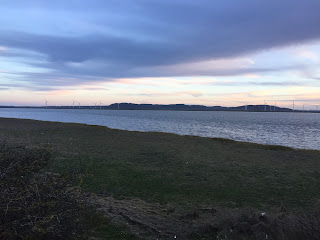