After yesterday's Brent dip I really struggled to motivate myself to get out onto patch; and I'm starting to have seriously dark thoughts of defecting to a different patch to try my luck. Nevertheless I eventually pulled myself out of my funk and headed off to the patch (well, I was never going to turn down the chance to get out for some birding!). The weather had turned decidedly unspring-like overnight and it was back to cold, grey and damp conditions. 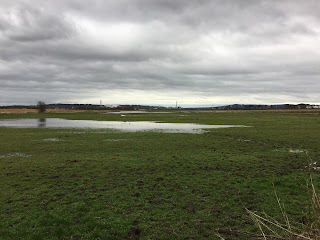 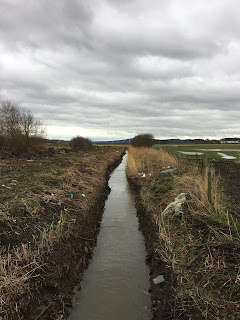 Starting on Carr Lane I parked up at the bridge and had a little scoot around. Little Grebes have finally returned to the flooded field, and could be heard calling from the deeper cover. A (the?) male Merlin was again bombing at the back of the pools, but wasn't in a very photogenic mood. A Kingfisher darted along Ramsbrook, and that was about it. The Pools were decidedly quiet, with only a small group of 7 Black-tailed Godwit and a few Lapwing and Redshank. 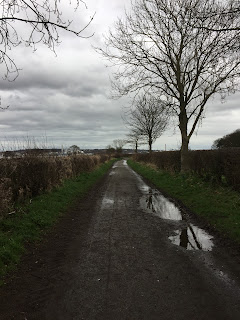 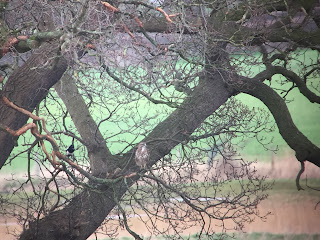 I again decided to head to Within Way to double check the Marsh. A couple of Common Buzzard looked as enthused with the weather as I did. Grey Partridge seemed to be everywhere, with small coveys in most of the fields as I headed down. I stopped to pay my respects to the local Little Owl, who again was sitting nicely out in the open. A few Blue Tits and a Robin had clearly taken exception to it though, and were constantly hopping around giving it a bit of grief. 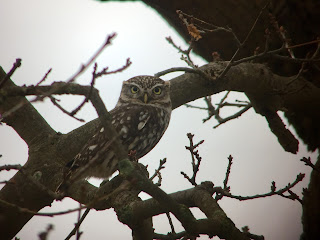 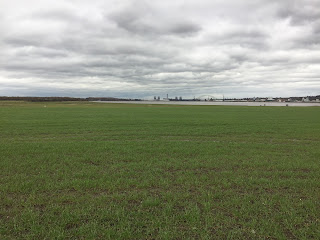 A single Little Egret was feeding in the middle of the Marsh, and there were again good numbers of ducks and geese about - 500+ Canada Geese, single Greylag Goose 142 Shelduck, including the dodgy hybrid again. However there was again no sign of the Brent Goose. A Peregrine was zooming around distantly towards the Runcorn Bridge, but with no sign of the goose I decided to press on to the end of Within Way. 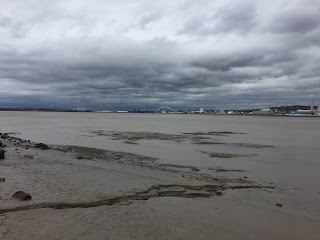 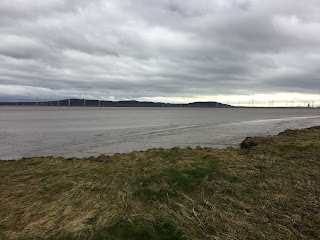 A couple of Rock Pipit were flying around at the end, whilst I was clearly too noisy when approaching the shore, flushing a Turnstone and 3 Ringed Plover, amongst the noisy Redshank. A female Merlin dashed through towards the Marsh, causing panic amongst the Pipits and Wagtails. The river was exceedingly quiet though, and despite a decent scan I failed to pick out anything of great note. 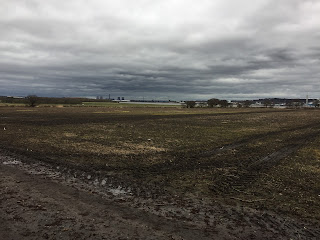 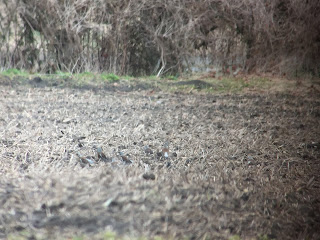 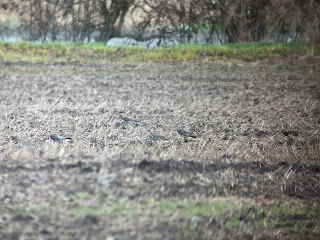 Returning along Within Way I picked up a rather nice mixed flock of winter Thrushes, which included c.120 Fieldfare and c.20 Redwing. The mixed flock also contained good numbers of Starling, Linnet  and a few Goldfinch. It will be good to see how the numbers build over the next couple of weeks, and maybe there is still time to pick out a decent Thrush amongst them. 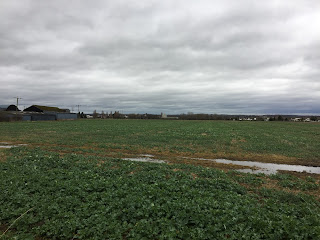 A brief stop at Town Lane to check Carr Lane Pools was unproductive other than a single male Stonechat. So I decided to again head towards Burnt Mill Farm to check out the Buntings. I spent a good 45 minutes traipsing around the fields with very little joy - 2 Yellowhammer and 7 Reed Bunting the only result.....time to go home and pour a LARGE glass of something strong!