Lapping It Up - Cattle Style

I received a twitter message from Luke Ozsanlav-Harris after my visit on Thursday to say that he had found a Lapland Bunting near Burnt Mill Farm. Needless to say I was keen to get out after work to have a look around to see whether it had stayed put. The weather was more late-Spring than early, with bright blue skies, WARM sunshine and only a light breeze. 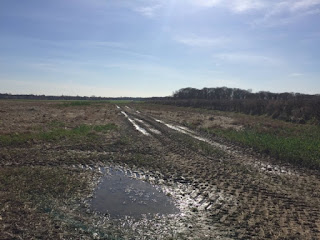 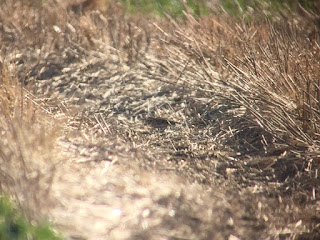 Parking up on the sharp bend past Burnt Mill Farm, I could hear a number of Meadow Pipit, Reed Bunting and Yellowhammers, and a single Corn Bunting jangling away. Seconds later I could hear the distinctive "prrrt" of a Lapland Bunting, and quickly picked it up in flight. It landed close to the hedge opposite the farm, so I made my way round to the public footpath. Amazingly I picked it up on the deck, and although the heat haze was fairly bad I got some good pics and video (sadly I have managed to delete everything other than those that I posted on Twitter somehow!!?!?! - Grrrrrr!). I enjoyed prolonged views of what is only my second record on the patch, and got a few other local birders onto it before I headed off towards Carr Lane. 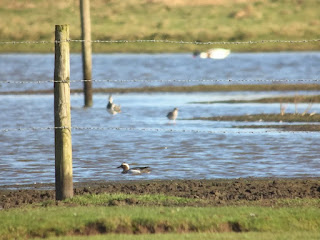 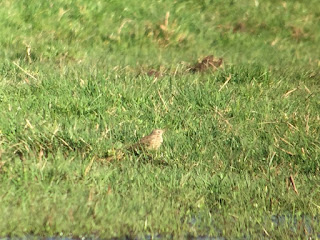 Great Boar Wood was again alive with singing Chiffchaff and Blackcap, and it surely won't be too long now before they are joined by some of the other regular migrants. The flooded field was fairly dead, but 2 Little Grebe were whinnying from their hiding place. Common Buzzard seemed to be absolutely everywhere, whilst Kestrel and Sparrowhawk were on the wing. The male Garganey had moved out onto the main Pools whilst a single Water Pipit was again showing well in the wet horse paddock. 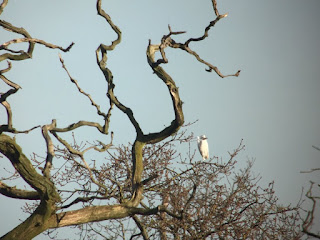 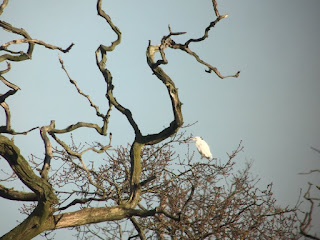 I again moved round to Town Lane where the single Ruff was feeding in pretty much the same location. Duck numbers are pretty static at the moment with 24 Shoveler, 29 Eurasian Teal, 2 Gadwall and a single Wigeon. Walking along Town Lane I could see a white dot sat at the top of the trees, which I expected to be a Little Egret. I was amazed when it turned out to be a Cattle Egret, a patch lifer and patch first! Although their rarity status has been somewhat devalued, and it was an "expected" addition to the patch list it was still a bit of a rush! 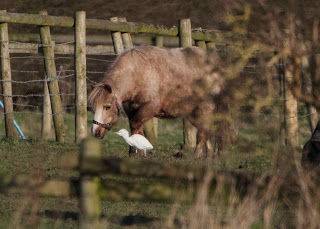 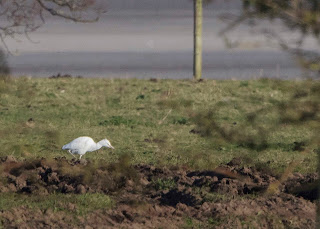 I was joined by Mike Roberts and Paul Lees on the bridge, but within seconds of Mike setting up his camera the Cattle Egret took off to the east! Fortunately it pitched down in the horse fields, and Mike was able to get some distant shots of the bird feeding. Sadly the patch stalwarts Rob, Carol and Iggy were all away in different parts of the UK, so it is frustrating that despite the bird going to roost in the decoy it has not been relocated since. 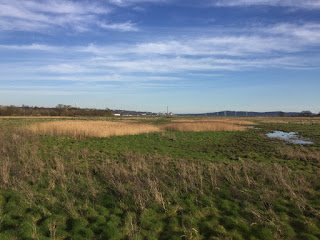 Hale Marsh was fairly productive with a single Swallow flying through east. A couple of Little Egret were feeding in the longer grassy areas. A female Merlin was zooming about at the back of the marsh, whilst a Peregrine towered over before heading off towards Frodsham. With my available time running out I headed back to Burnt Mill Farm briefly, where a couple of local birders were having no luck in relocating the Lapland Bunting.

After a couple of very poor months, it is great to see the patch finally returning to form. Cattle Egret also took my patch life list to 201, not bad for a quiet little corner in the north-west!!
Posted by daveliverbirder at 13:01