I have never really been too concerned about keeping a Cheshire List, probably something I will regret in 20 years time. However I was unable to resist the temptation to pop over to Frodsham for the Great Grey Shrike (despite having seen one in Scotland a few weeks ago) that had been found on Saturday. Iggy had already deserted Hale for the day, so I again dug out my passport and headed towards the Runcorn Bridge. The weather had been pretty much a wipe out all morning, and things didn't really improve in the afternoon, if anything getting worse as the day went on. 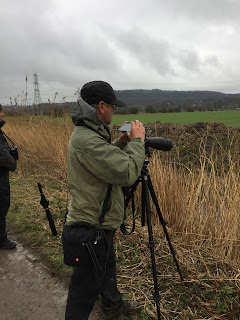 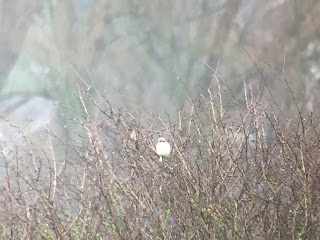 I quickly found my way along Marsh Lane and onto Lordship Lane where I met Iggy. He was busily watching a sleeping Otter, always nice to catch up with even if it was a little obscured. Having had our fill of the Otter we made our way along towards the Hoverport regularly stopping to scan for the Shrike. I eventually picked up the Great Grey Shrike but it was rather distant. The bushes were full of Reed Bunting, and my mind started to wander about what else may be present. 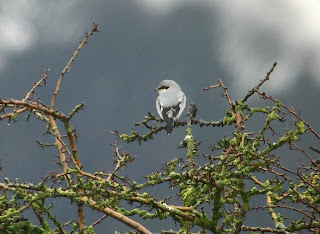 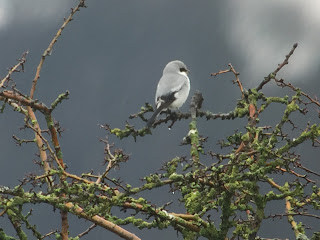 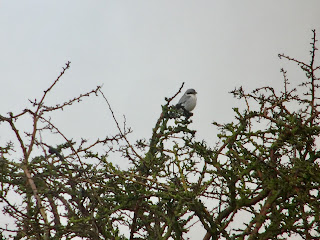 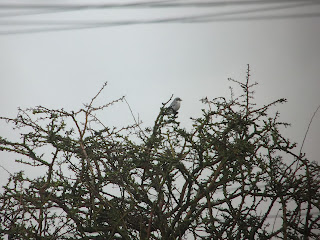 The Great Grey Shrike was very active and was moving about the bushes between Hares Lane and Lordship Lane, and we eventually got pretty decent views as it came closer and closer. A very smart bird indeed, with many happy faces walking to and from the fields. With time marching on I suggested popping into Moore, as it was pretty much on the way back to Liverpool. Driving towards Moore the rain seemed to get heavier and heavier, not great! 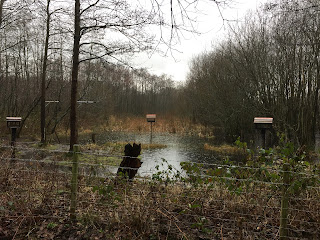 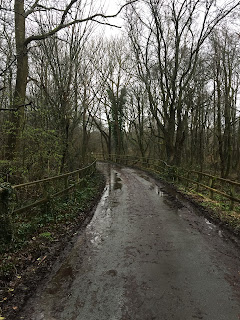 We had a fairly unproductive wander around in the pouring rain, but there was a reasonable selection of expected woodland species including Nuthatch, Treecreeper, Great Spotted Woodpecker and a distant yaffling Green Woodpecker. The feeding station was attracting plenty of birds in, but my optics were drenched, and despite being clad in waterproofs myself I was starting to feel rather wet and miserable too. I decided to dry off and have a brief call into patch before heading home. 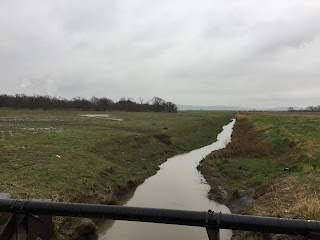 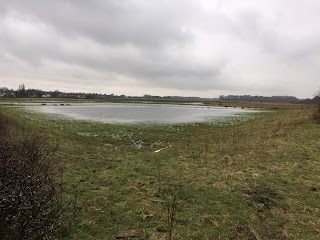 Pulling into the bridge on Town Lane I was a little drier, but sadly the rain hadn't stopped, although it did seem marginally lighter. A brief look picked up a single Water Pipit in front of the decoy, a Little Egret feeding distantly out on the Marsh and a big gaggle of Canada Geese. I had a brief look over towards Carr Lane Pools, where 15 Shoveler were roosting. With the rain getting heavier again I decided to call it a day and head home, at least I would get some brownie points for getting home at a reasonable time!!