Surely it has to get better....

I managed a brief visit to the patch after work today, and with a more positive feel of late I was hopeful that the patch may find start delivering.......in reality I should probably have just gone home and caught up on some sleep! A rather grey and overcast afternoon, with fairly poor light and not much about. 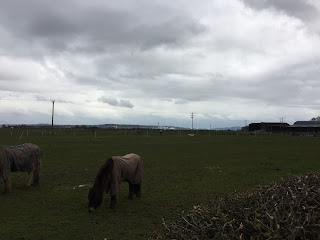 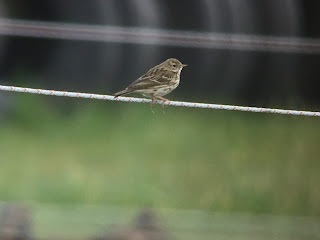 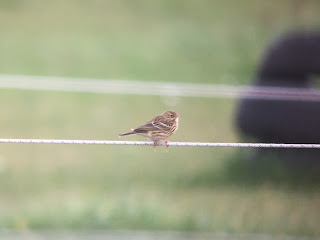 I started at Burnt Mill Farm, hopeful that the southerly winds may have brought in an early Wheatear. The paddocks were full of Meadow Pipit, Linnet, Starling and Pied Wagtails, which was at least more productive than of late. A Corn Bunting was singing from an unseen vantage point, but I suspect it was hidden in the fields at the back. A thorough search of the area produced little else, but a Kestrel and a few Common Buzzard displaying above my head made it feel a bit more like Spring. 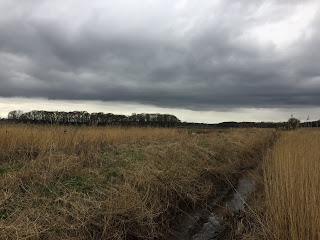 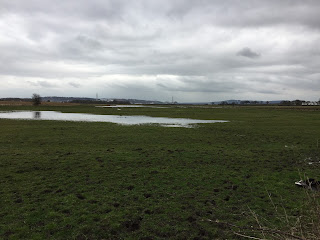 Carr Lane was pretty much devoid of birds. The flooded "Ibis" field held a couple of calling Little Grebe and masses of Moorhen and Coot but little else. A scan over towards the Pools produced no Pipits, and only a handful of Redshank and Black-tailed Godwit feeding in the shallows. A few Eurasian Teal, Shoveler and Mallard were tucked up towards Town Lane, which at least gave me hope that something may be hidden amongst them. 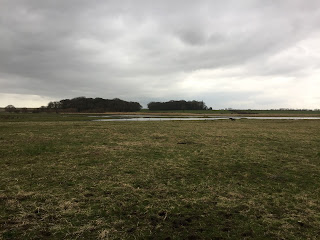 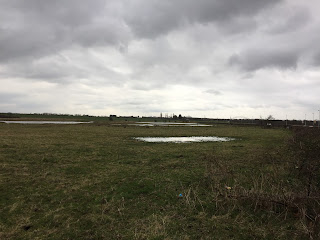 Moving round to the gate on Town Lane, and I could scan through the assembled ducks properly. 67 Eurasian Teal, 19 Shoveler, 2 Wigeon, and 14 Mallard were the best of it though. Hopefully it won't be too long until the first Garganey may appear....Spring really can't come quick enough at the moment. A single male Stonechat was along the fenceline at the back of the Pools, and a couple more Common Buzzard were displaying over the top of Great Boar Wood, but otherwise it was very quiet. 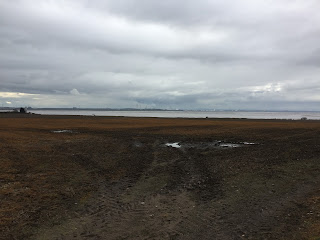 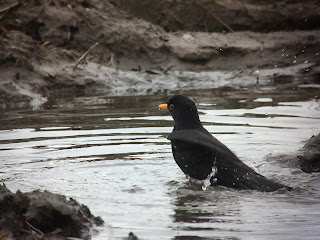 I decided to try my luck and scan from the end of Church Lane again. A Great White Egret was stalking about on Ince Marshes, but there was no sign of any Swans on this occasion. There were c.300 Pink-footed Geese again on Frodsham Score, but sadly they again were too distant to do much with - however nothing really stood out on this occasion. A female Marsh Harrier was quartering the back edges of the Score, and Raven numbers are really starting to build (in line with the lambs). The clouds had been building whilst I was scanning the river and eventually I could feel the first rather heavy spots of rain. With the whole area seeming rather lifeless I decided not to waste my brownie points and headed home.