After a fairly poor run on patch, I finally decided to try my luck elsewhere. With the closure of Arpley Tip having a huge effect on patch Gulling, I decided to give Gowy Landfill a go, even talking fellow patch masochist Iggy into joining me. The weather set fair (pretty much the best day of the week) with relatively bright conditions, although it still felt rather cold. 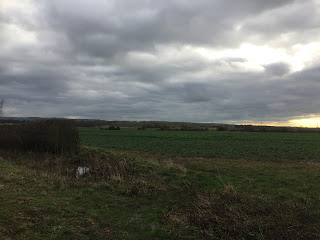 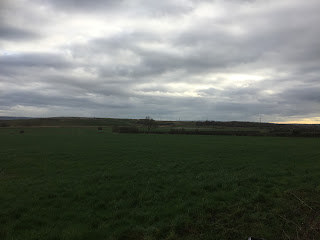 Having dug out my passport and navigated my way through the chaos of the Runcorn Bridge I made my way to Picton Lane, taking in the Whooper Swan herd from the M56. Stopping briefly I picked up a 1st winter Glaucous Gull almost immediately flying around over the Landfill, among the mass of Gulls. Iggy had already arrived, but was further up the road, so I headed off to meet him, keeping a close eye on where the best area for viewing may be. Iggy had found a small flood, where a decent gathering of small Gulls (mostly Black-headed and Common) were having a wash, however I had found a better area to view from further back with a better turnout of "large" Gulls. 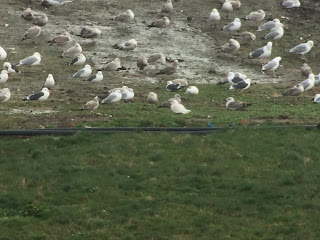 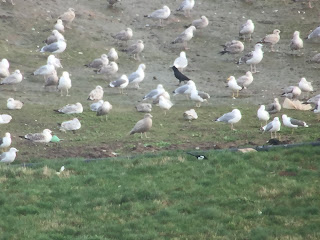 Returning to the area that I had located we bumped into Mark Garner, who had just located a 2nd winter Iceland Gull. We spent the next couple of hours grilling the assembled Gulls finally digging out at least 3 Glaucous Gulls (all juveniles - including a rather small looking bird and an absolute monster) and 2 Iceland Gulls (a 2nd winter with missing primaries and a 1st winter). Mark had to head off, but Iggy and I continued and had some fun looking through plenty of argentatus and argenteus Herring Gull. We eventually dug out a 1st winter Yellow-legged Gull, but sadly it was lost almost as soon as it was found. 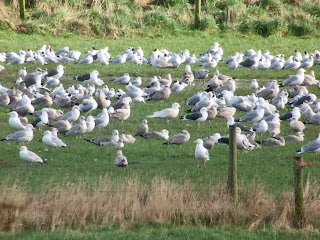 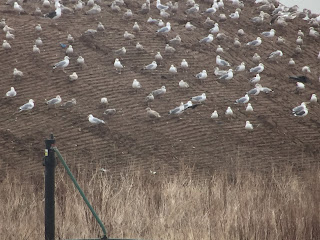 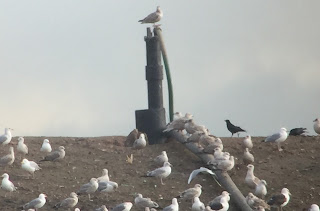 It wasn't ALL about the Gulls though, with a few Common Buzzard and a Sparrowhawk on the wing, getting no end of grief from the local Gulls. The area also held good numbers of Yellowhammer and Reed Bunting, whilst finches were constantly moving over. A Fox was walking around at the lower edges of the Landfill, keeping everything on their toes. I had planned to spend the rest of the day birding on the South side of the Mersey, however that went sideways as a WhatsApp message from a local Liverpool birder had me heading straight back to patch! 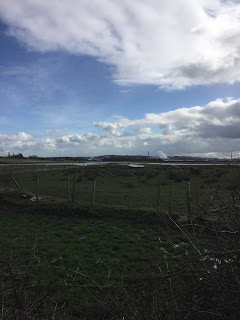 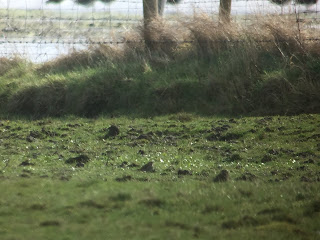 Paul Kurs had been watching a couple of Water Pipits along Carr Lane when another interesting Pipit sp. flew in and joined them. It had piqued my interest enough for me to head straight back, but despite a good look I was unable to find it. However a single Water Pipit was still present although it was always distant, a Meadow Pipit came and went but there was . 3 Stonechat were feeding along the fenceline, whilst the Pools held 29 Black-tailed Godwit among the more expected species. 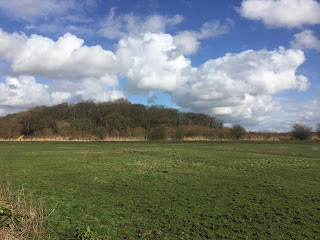 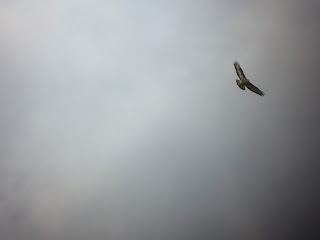 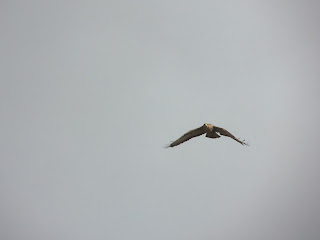 Raptors were everywhere today, clearly making the most of the nice bright conditions. A minimum of 20 Common Buzzard were on the wing, many displaying high up. A couple of Sparrowhawk, Kestrel and a Peregrine were also moving around. My attention was drawn to a high flying raptor, and even the height it was easy to make out a nice deep forked tail - a Red Kite (my first of the year). A few Siskin were moving overhead, whilst I could make out a few Yellowhammer distantly flying around over the fields towards Burnt Mill Farm. 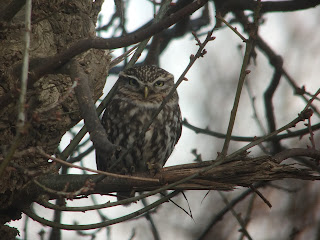 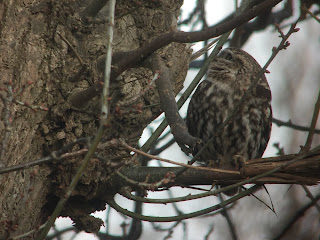 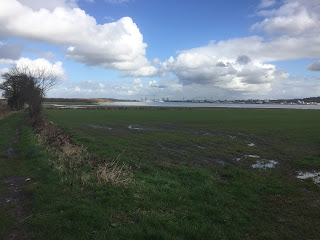 I headed around to Within Way to again put myself through the torture of dipping the Brent Goose. However the Little Owl was awake and showing well again. I had also timed my visit quite well as high-tide was just peaking and it was a bit of a monster engulfing the Marsh. The pre-high tide roost of waders included a single Golden Plover (in near summer plumage), 19 Turnstone, 2 Knot, 200 Dunlin and good numbers of Oystercatcher, Shelduck and Eurasian Teal. However despite watching as the tide pushed everything out of it's hiding spot I failed to find anything rarer. 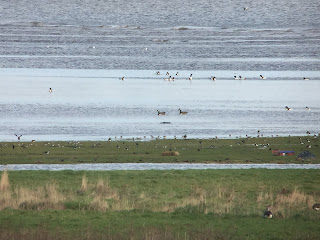 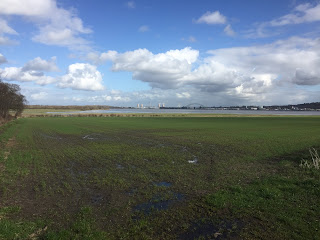 I headed back to Carr Lane for a little longer, but by now all Pipits had done a bunk, so with plenty of things to do at home I thought I best head off. So despite plans of a full day of non-patching, I still ended up on patch. Maybe I'm just going through a mid-patch crisis, and I'll be back on form come Spring.....or maybe I'll just have to buy a Ferrari and do some more dirty twitching......